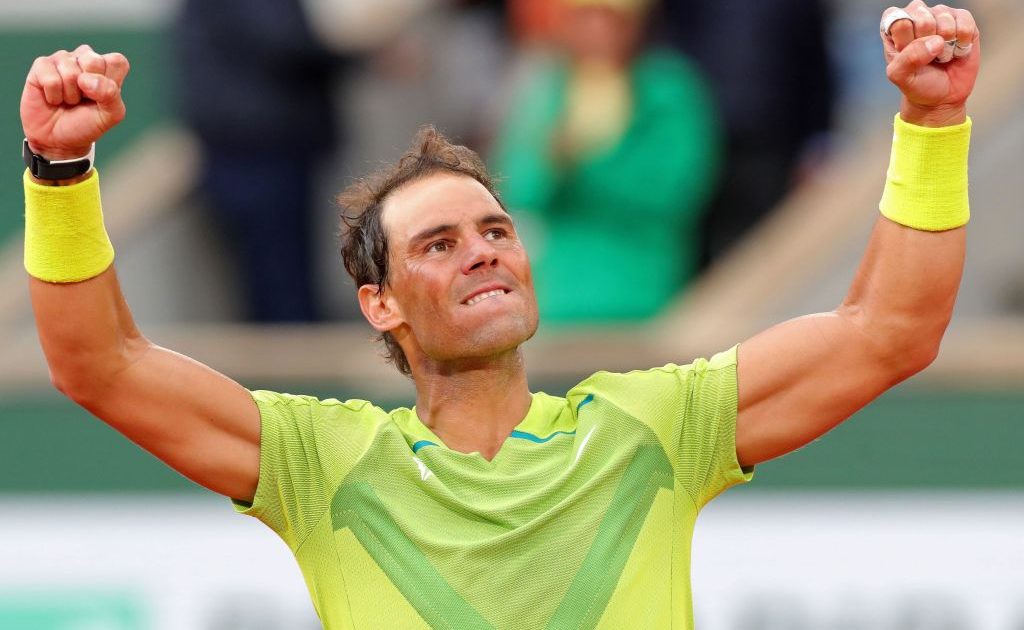 Rafael Nadal cemented his status as the king of clay and the darling of the Roland Garros faithful as the most eagerly anticipated tennis match of 2022 lived up to its billing in grand manner.

With so much on the line as two of the game’s modern greats clashed in an unduly early quarter-final clash at the French Open, Nadal prevailed with a 6-2, 4-6, 6-2, 7-6 (7-4) win that reached it’s epic conclusion at 1.14am local time and yet no-one present was leaving this sporting classic early.

In truth, this was a one-sided contest for most of its duration as the 59th edition of Rafa v Novak was a classic for the ages.

We don’t know how many more times we will witness these two greats going head-to-head in the biggest tournaments in our sport, so we have to savour these moments and appreciate we are watching greatness at work.

Doubts over Nadal’s ongoing foot problem were banished for one night as he turned in a powerful performance that was too much for Djokovic to handle on a night when he was again battling an opponent and the crowd in Paris.

🤔 Is 14 next for @RafaelNadal ?#RolandGarros pic.twitter.com/0Wa4mjZoau

The world No 1 may be defending champion and one of the game’s all-time greats, but Djokovic was given a harsh reminder that he will never be the fans’ favourite when Nadal is across the other side of the net.

For a player of his stature, the echoes of the Paris fans cheering Djokovic’s each and every mistake was hard for him to accept, with his speedy exit and refusal to acknowledge the crowd as he left the court saying all we needed to know about the reception he had been given over the course of this four hours and 11-minute contest.

“I am very emotional, thank you, thank you everyone,” said Nadal, who clearly benefitted from the partisan support of a Paris crowd that cheered him on to victory.

“It was incredible for me. It was so important for the crowd to be behind me. It was really special. It was a very tough match, Novak is one of the best players in history, and all the history we have.

“There is only one way to beat Novak and that is to play at your best. See you in two days, that’s all I can say.”

Djokovic wasted no time getting into his post-match press conference as he summed up his glum mood.

“Look, I gave my best,” he stated. “I know I could have played better. I’m proud of fighting and staying iuntil the last shot, but I lost to a better player today.

“I had my chances and didn’t use them. I have to accept this defeat.”

Accepting defeats against opponents of Nadal’s quality would be easier for Djokovic to process if he wasn’t also fighting against crowds that continue to cheer on whoever he is playing against.

Yet that appears to be Djokovic’s destiny as he intrudes in an era that features two of the game’s most popular players in Nadal and Roger Federer.

If Nadal now goes on to win the French Open and moves two major titles ahead him in the race to claim the most of all-time, the significance of this heartbreaking setback may make this defeat even harder to swallow.