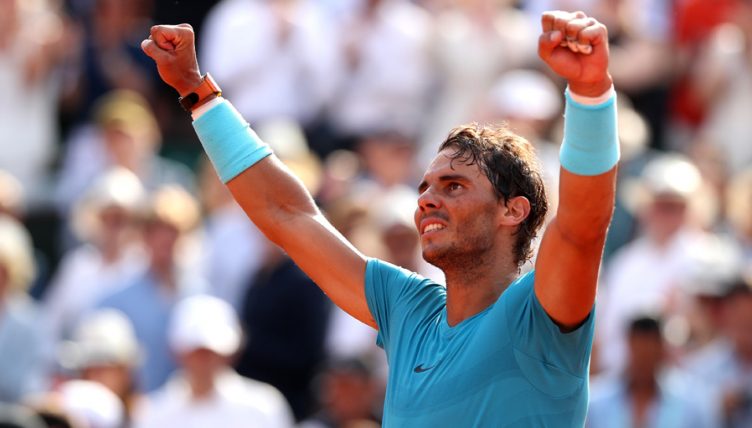 Rafael Nadal is one win away from French Open title number 11 after brushing aside Juan Martin del Potro.

The world number one edged a tight first set with a break in the final game, but from then on was absolutely ruthlessly dominant as the fifth-seed was comprehensively beaten 6-4 6-1 6-2.

It was a cruel defeat for del Potro, who has battled injury for three years before fighting his way back to the latter stages of a major.

He required treatment on a hip problem suffered early in the first set and visibly wilted in the second as Nadal turned the screw on the Argentinian.

Nadal will face Dominic Thiem in the final on Sunday, after he beat surprise package Marco Cecchinato.