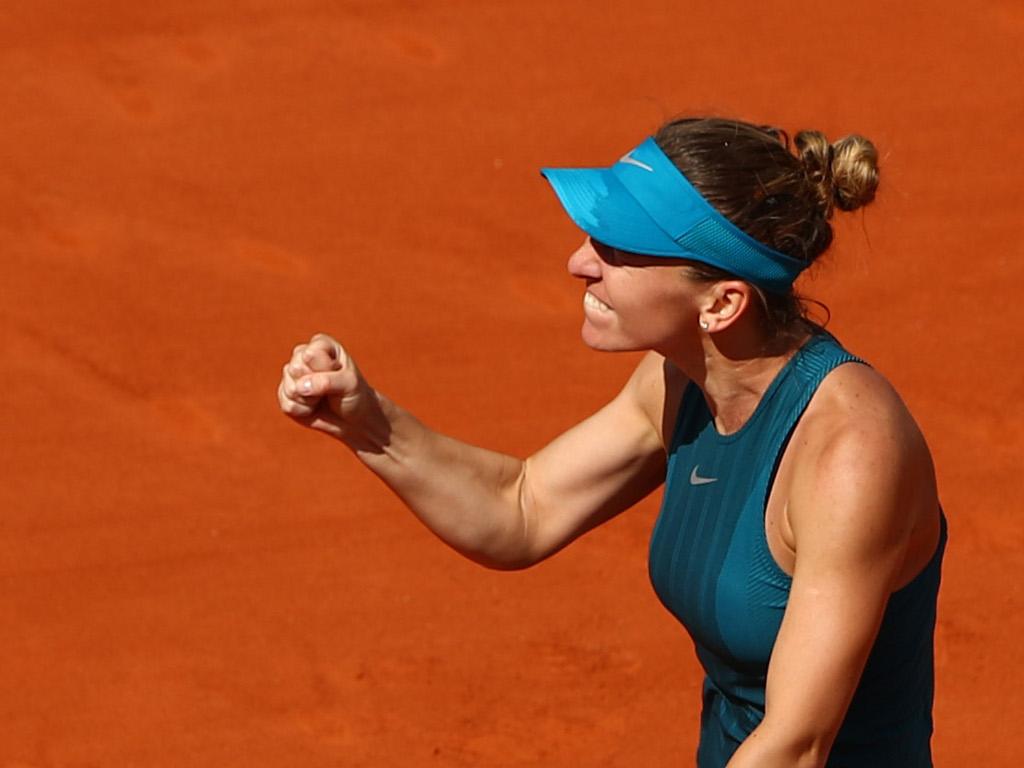 It was double delight for Simona Halep as she beat Garbine Muguruza to not only reach the French Open final, but also retain her world No 1 ranking.

The top seed produced a near faultless display in the opening set before Muguruza staged a brief comeback, but Halep quickly regained her composure to win 6-1, 6-4 in one hour and 32 minutes.

That’s all she wrote.@Simona_Halep reaches the #RG18 Final and maintains her World No. 1 ranking. pic.twitter.com/N5wqsyRUFm

Halep raced into a 5-0 lead in the first set as she broke the Spaniard three times, but the 2016 Roland Garros champion managed to get on the scoreboard by breaking the Romanian’s serve only to then lose her own serve again in the next game.

Muguruza got her big chance in game three of the second set when she broke, but Halep found a way to bring things level again at 4-4 and then claimed the decisive break in game 10.

Halep, who was a runner-up to Jelena Ostapenko last year and to Maria Sharapova in 2014, will face either US Open champion Sloane Stephens or Madison Keys in the final.