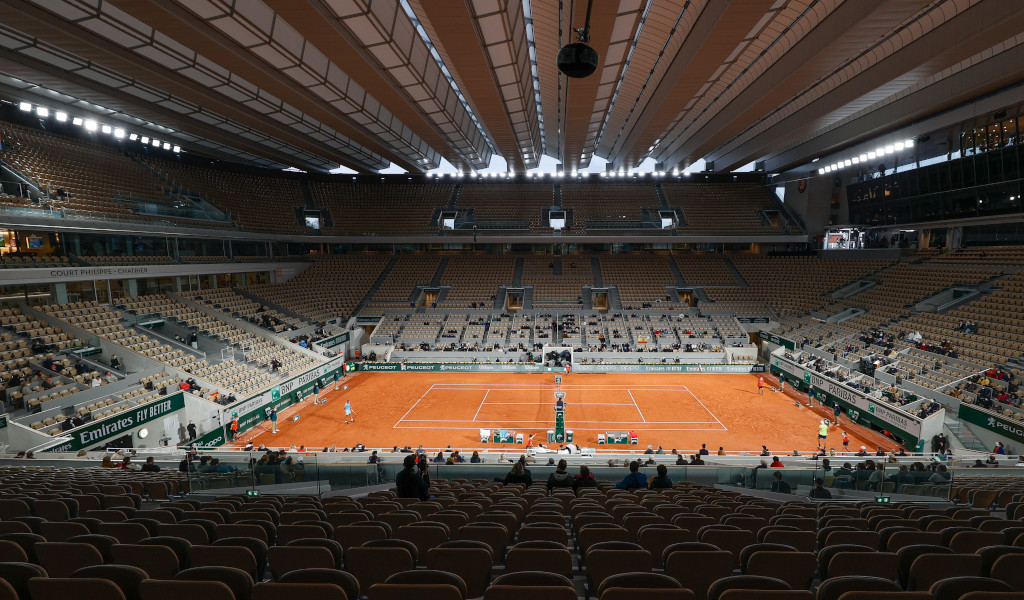 The three main showcourts at Roland Garros will have up to 1,000 spectators in attendance during the first 10 days of the 2021 French Open with the number to be increased from the quarter-finals onward.

Organisers opted to delay the start of the clay-court Grand Slam by one week with the hope of “maximising the chances that the tournament is played in front of the largest possible number of fans”.

And authorities have given them the go-ahead to allow fans into the grounds with Sports Minister Jean-Michel Blanquer confirming figures for the two-week tournament, which will run from May 30 until June 13.

“The gauge is set at 35% at that moment (when the tournament starts), with a maximum of 1,000 spectators… per court, of course,” Blanquer told TV channel France 3.

The figure will be increased to 65% from June 9 – when the quarter-finals get underway – but it will be capped at 5,000 people on Philippe Chatrier and Suzanne Lenglen.

It is a marked improvement from 2020 when only 1,000 spectators were allowed into the grounds per day after the tournament was pushed back to September due to the coronavirus pandemic.