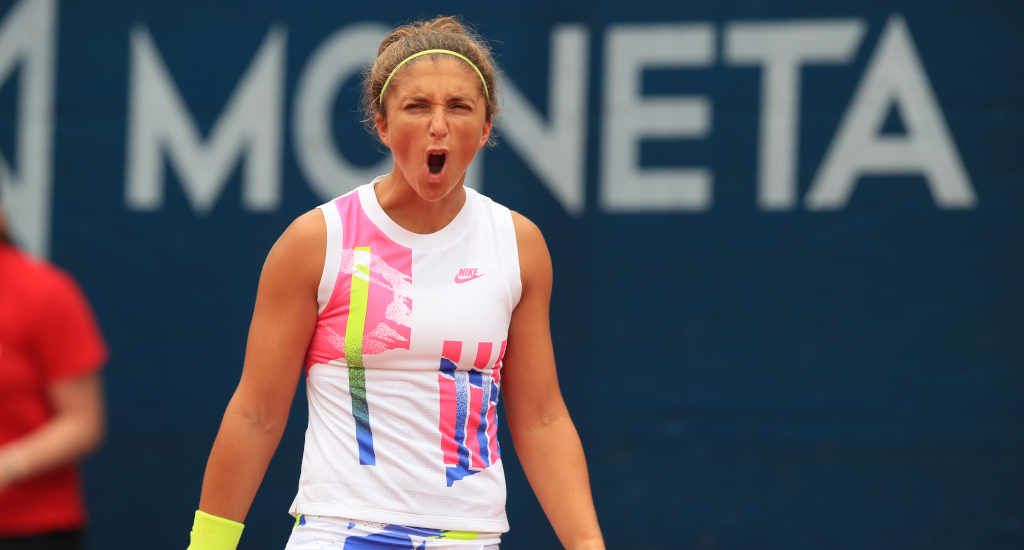 It all happened on Court 14 at Roland Garros on Wednesday as Sara Errani and Kiki Bertens were involved in a three-hour French Open second-round tussle.

Former Roland Garros runner-up Errani had to come through qualifying to play in the main draw and then comfortably beat Monica Puig in the first round.

Facing fifth-seeded Bertens in the second round was always going to be a tougher ask, but she initially gave as good as she got.

However, her serve started misfiring late in the first and it all went horribly wrong as she was serving for the opening set at 6-5.

The Italian struggled with her ball tosses, which resulted in a warning, and threw in some underarm serves, which were not always successful.

Bertens broke and went on to take the set via the tie-breaker, but the veteran hit back as she won the second set to take it to a decider.

The underarm serving continued through the match and Errani found herself serving for the match at 6-5 in the decider, but couldn’t get the job done.

Bertens comes back to her chair crying

And in case you were wondering what “vaffanculo” means…

And just to add to the drama, Bertens left the court in a wheelchair as she appeared to be struggling with a quad injury.

Kiki bertens escorted off of the court on wheelchairs iterally screaming in pain.. chile i don’t know what the physio was thinking when she lifted her injued leg so carelessly like that!! pic.twitter.com/exJiiq281i

All in a day’s work at Roland Garros.