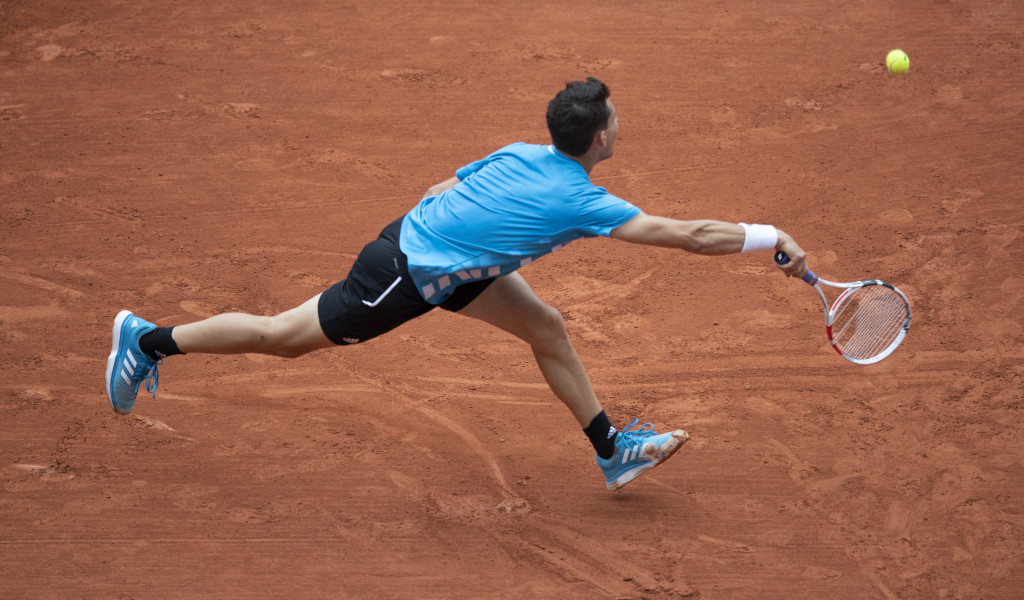 The top 10 seeds are all through to the fourth round of the 2019 French Open as Dominic Thiem and Juan Martin del Potro joined the rest of the big guns in the last 16.

Fourth seed Thiem overcame another wobble during his victory over Pablo Cuevas as he required four sets for the third match in a row before advancing.

Thiem will face Gael Monfils for a place in the quarter-final after the 14th seed won the battle of the Frenchman as he secured a 6-3, 6-2, 6-3 win over wildcard Antoine Hoang.

It will be welcome relief for Del Potro that he didn’t need to spend too long on court as he is still nursing a knee injury that he sustained last year.

Khachanov’s victory means all top 10 male players have reached the fourth round at Roland Garros this year.