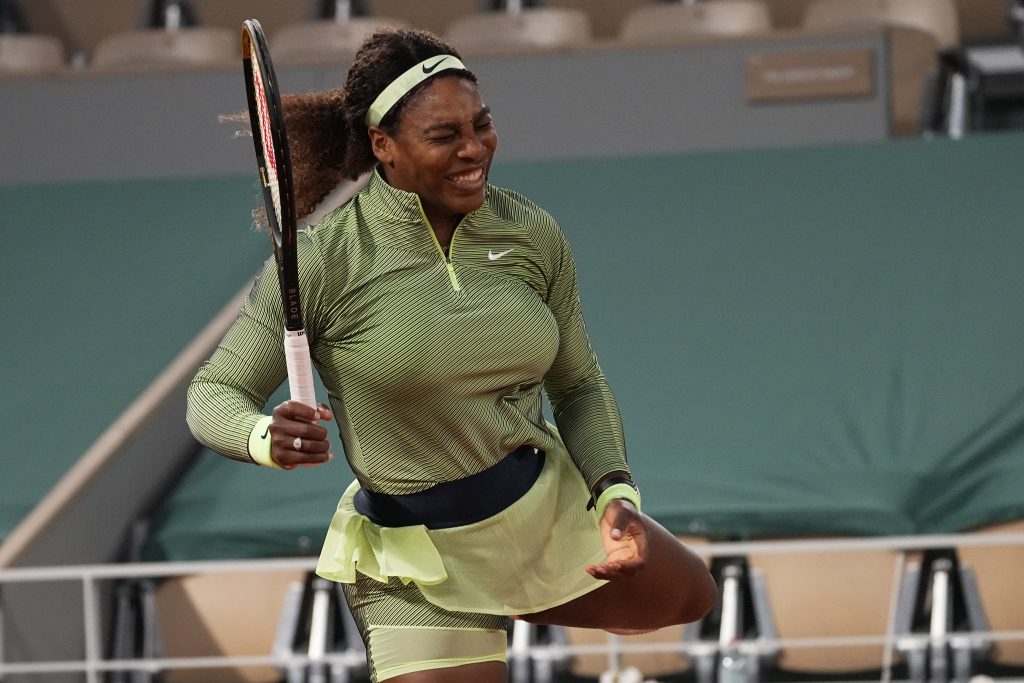 Serena Williams became the first player to win a night session match at the French Open as she battled into the second round.

The tournament is holding a separate evening session for the first time, emulating the US Open and Australian Open, although for the moment it is behind closed doors because of Paris’ 9pm curfew.

Williams arrived in the French capital with only one victory on clay this season and had some dicey moments against Romania’s Irina-Camelia Begu, particularly when she faced two set points in a first-set tie-break.

Williams said: “I’m happy that I was able to save those moments. Did not want to lose that first set. I wasn’t thinking at that moment. I was just thinking to get that ball out the air, because I’ve been hitting some good swing volleys in practice.

“I have to say it was pretty cool to be able to play the first night session ever here at Roland Garros. That was something I thoroughly enjoyed.”