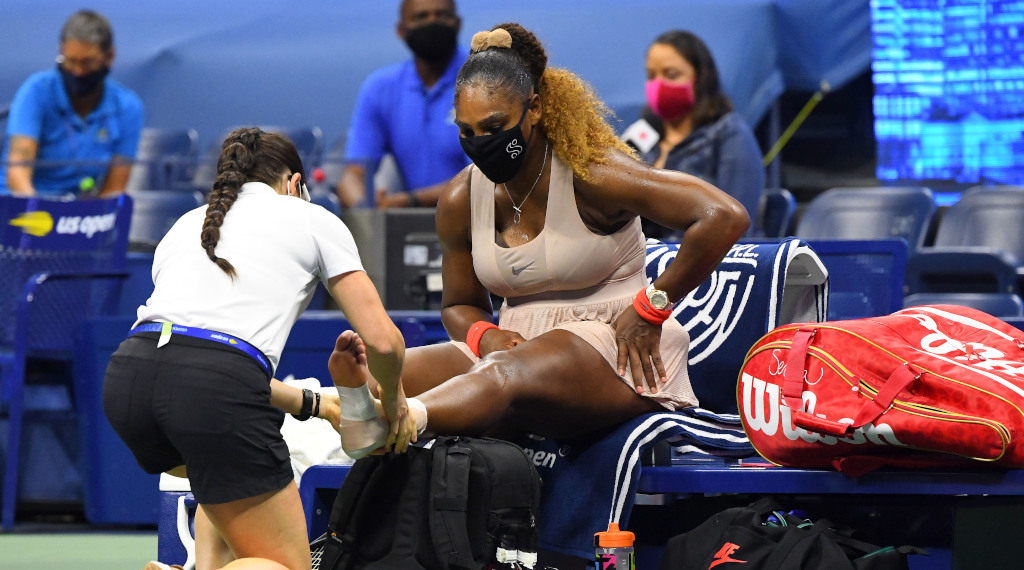 Serena Williams will travel to Paris for the French Open and confirmed that the injury she suffered during her US Open defeat against Victoria Azarenka “wasn’t much”.

It was another case of “so close but yet so far” for Williams as the American’s hopes of winning a record-equalling 24th Grand Slam title came to an end in the semi-final as she was beaten 1-6, 6-3, 6-3 by fellow mother Azarenka.

Since returning from maternity leave in 2018, Williams have reached four major finals and can now add a semi-final to the collection.

The French Open, though, is just around the corner and there remain a lot of uncertainty over whether or not some of the top players will compete, but Williams has made up her mind.

“I’m definitely going to be going to Paris,” she said.

There were question marks about the 38-year-old’s fitness midway through her last-four match as she required treatment on her left foot early in the third set against Azarenka.

“It wasn’t much. I just was stretching. Like, I ran for a shot. Off that first step that I took, it was a long point – it wasn’t my ankle, it was actually my Achilles,” she said after the match. “It just overstretched. It was pretty intense. Then that was that.”

She added: “I mean, it feels fine. I don’t think it had anything to do. I think Victoria played well. It didn’t affect my play ultimately at all, just for that one point. Yeah, it’s fine. I’m fine, yeah.”