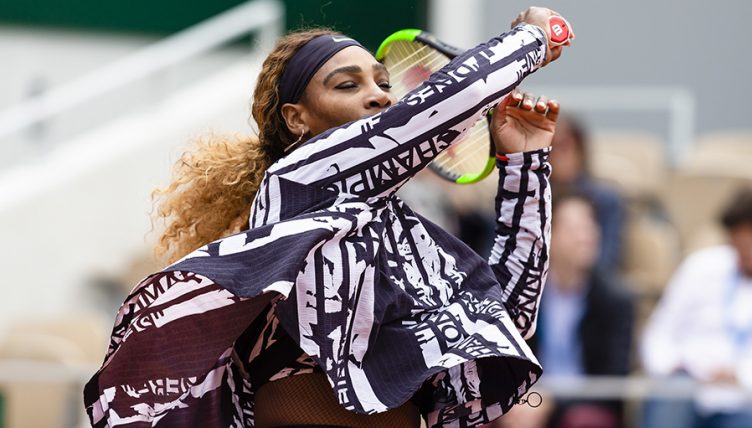 Serena Williams recovered from a slow start to book her place in the second round of the French Open, but it was her outfit that really stole the show.

Entering the arena with a cape donning the words  ‘mother, champion, queen, goddess’, Williams started slowly in what was just her second match since the Miami Open.

However, those fears proved to be unfounded, as Williams powered back to take a 2-6, 6-1, 6-0 win into the second round.

It was also a landmark win for Williams as it was the 800th of a stunning career.

She will now face either Japan’s Kurumi Nara or Dalila Jakupovic of Slovenia for a place in the last 32.