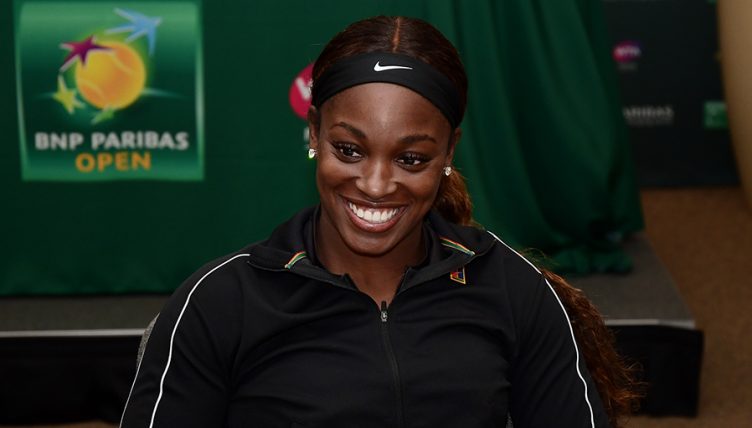 Sloane Stephens said she knew she’d have to find her best tennis to get the best of Garbine Muguruza at Roland Garros, which is exactly what she did.

The American, the seventh-seed, finished runner up in Paris last year and impressed again in overpowering the in-form Muguruza.

And, despite actually going a break down in the opening set, she cruised to a 6-4, 6-3 success to book her a quarter-finals dater with Johanna Konta.

“I thought it was a good match,” Stephens told reporters. “I thought we both played really well. It was very competitive.

“She’s been playing some good tennis, and I think so have I.

So it was kind of just a little battle, but obviously the score sometimes doesn’t reflect what was actually happening out there.

“I think for me, I take a bit to adjust,” Stephens added of her slow start.

“So I knew I just had to stay in there and hang in there and eventually my balls would start dropping in and I would be able to control the court a little bit better, and that’s exactly what I did.

“Obviously clay is very neutral. She plays really well on this surface.

“And obviously since she is such an intense and aggressive player, you kind of have to match her energy.

“And I think you can’t get passive when you’re playing her, so I knew from the very first point I was going to have to step it up and hit my shots.”