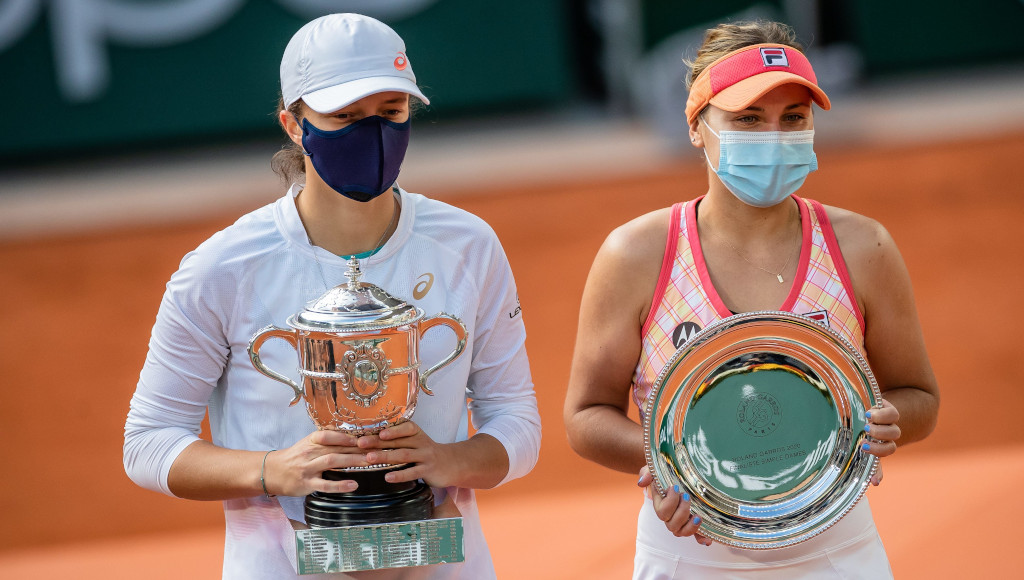 She may have ended up with the runners-up trophy at Roland Garros, but Sofia Kenin can still take plenty of positives from her 2020 Grand Slam campaign.

Kenin was brushed aside by Iga Swiatek in the French Open final on Saturday as the Polish teenager beat her 6-4, 6-1 to secure her maiden major.

However, the American finishes the year with a 16-2 record in Slams as she won the Australian Open at the start of 2020 and also made it to the fourth round of the US Open.

“I mean lot of positives for sure. My agent told me that I’m 16-2 in Grand Slams, in matches. I think that’s pretty good,” she said. “I guess I have the most winning matches in Slams. Obviously, I’m playing some really good tennis at the Slams. In Australia I won. US Open I got to the fourth round, had a tough one against Elise Mertens. Here getting to the finals.”

She added: “I wish I would have won, but I’m just happy that I got to where I am now.

“In Rome, lost bagelled [by Victoria Azarenka], let’s just say it like that, and then I’m able to get to the [Roland Garros] finals.

“I think it’s a good result for me. Of course, I’m quite disappointed I didn’t get the title, but overall I’m going to take the positives.”

Kenin is still just 21, but several other youngsters have made their breakthroughs in majors in recent years including 19-year-old Swiatek and Bianca Andreescu, who was also 19 when she won the US Open in 2019.

“I think it’s great, a new generation coming up,” Kenin said. “It’s a bit more competition on us, the top players. So obviously sometimes we may not like that. We obviously want to, I guess, keep our generation and not let the youngsters take over.

“But it’s always good to see youngsters taking over and playing great tennis. It’s always good to mix it up. It’s a great generation. We have to get ready and prepare because they’re going to play better against us.”

The American is very much part of the young generation.