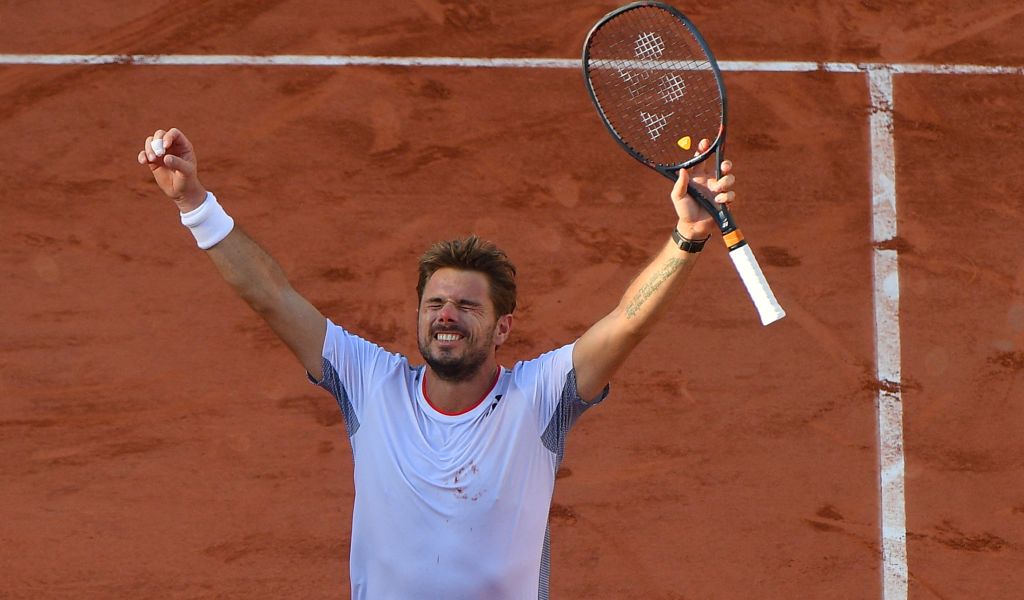 Having contemplated retirement just 18 months ago at the 2018 Australian Open, Stan Wawrinka is now back playing some superb tennis at this year’s French Open.

Sunday’s absorbing five-set victory over Stefanos Tsitsipas shows the Swiss was vindicated in coming back to the sport that he loves. You could see the emotion on Wawrinka’s face and how much this win meant to him. That winning feeling in sport is simply something money can’t buy.

Wawrinka decided on knee surgery after suffering the injury at Roland Garros in the 2017 French Open semi-finals after a mammoth tussle with Andy Murray (hip) left both players crocked.

Both Murray and Wawrinka’s injury timelines have both shown similarities. Namely that they lost the second half of the 2017 tennis season, the majority of 2018 and are having to use 2019 as a springboard to get back into the world’s top bracket. Both players fell outside the world’s top 200 during their injury absence.

This is why Federer described Wawrinka as having a “second life”, as his friend and fellow Swiss was contemplating retirement due to the knee trouble.

Doesn’t this sound like deja-vu and similar to the Andy Murray retirement saga? If anything, Stan’s performances this week have shown that Andy shouldn’t be too hasty. Both players on their day have so much to give and there could be good times ahead if they work hard enough and luck goes their way.

Murray should be buoyed by similar injury comebacks by the likes of most famously, Federer (knee) and Rafael Nadal (knee, back, thigh, foot, abdominal) who came back to split the Grand Slams between them in 2017. While Novak Djokovic (elbow), Juan Martin Del Potro (elbow then knee) and of course Wawrinka (knee) have returned successfully also.

Meanwhile, Sunday’s match against Stefanos Tsitsipas had everything. Two fantastic athletes. Mesmerising tennis and the power play from Wawrinka. He was literally bludgeoning the ball.

My favourite point from the match personally, was when Wawrinka was slamming the ball at Tsitsipas and suddenly played a drop shot winner. Simply sublime from Stan. It’s no wonder tennis fans love watching him play.

Judging by his press conference and his social media, he’s clearly missed these types of battles.

Make no mistake, beating Tsitsipas is a HUGE victory for Wawrinka. Tsitsipas is expected to achieve great things in the world of tennis. He’s the world number six so it’s a top 10 victory for Stan. That makes the magnitude of this outcome enormous to Wawrinka going forward.

It could certainly be the stepping stone he needs to get back into the world’s top 10. Which would give him kinder draws going forward in other tournaments. You can certainly see the benefit this has had on Federer by being a higher seed.

Meanwhile, Juan Martin Del Potro has had similar issues with his knee. But the ranking is crucial to everything in terms of the difficulty of the draw you get and the different calibre of players you face. And depending on if big players lose, it can also help you win titles.

So, this win was enormous in that respect as more a long-term factor.

Next up for Wawrinka is a mouth-watering all-Swiss quarter-final against 20-time-Grand Slam champion Federer.

It’s difficult to know whether Federer would have preferred to have faced Tsitsipas next. On the one hand, the Greek’s defeat means he doesn’t need to worry about the youngster putting in another inspired Grand Slam performance. As Tsitsipas beat Federer in four sets in Australia earlier int he year in the previous Grand Slam.

However, on the other hand Wawrinka’s sheer power off both wings on forehand and backhand side is something Federer will be concerned about.

Wawrinka is such a confidence player. He wouldn’t have won three Grand Slams if he wasn’t a top player. We’ve seen before that Wawrinka seems to take his game to the next level the deeper he goes in Grand Slams. While he seems to relish playing the big guys like Federer and Djokovic.

Federer goes into the match extremely fresh having not dropped a set on his way to the French Open quarter-finals. While Wawrinka has beaten both Grigor Dimitrov and Stefanos Tsitsipas and is coming back into form.

What impresses me most about Wawrinka is he has that winning mentality. And with Del Potro’s injury struggles in the past and Murray more recently, I can see parallels between the three.

All three contemplated ending their careers prematurely. But yet all three, assuming Andy Murray will play on, have decided to continue. Which is a good thing not only for them, but for tennis fans and the sport in general.

Tennis needs more players to challenge the elite of Federer, Nadal and Djokovic. And Wawrinka, Del Potro and Murray can do just that.

The winning mentality and pure natural skill that Wawrinka, Murray and Del Potro possess mean that on their day, they are all unstoppable.

Wawrinka showed that he can be arguably the best player in the world when he plays that beautiful attacking tennis that we know he can play. And he knows that himself as he acknowledged in his press conference.

So, while tennis embraces having Stan Wawrinka back at the fore of the sport, hopefully somewhere Andy Murray is watching on inspired that he can emulate Wawrinka’s heroics.