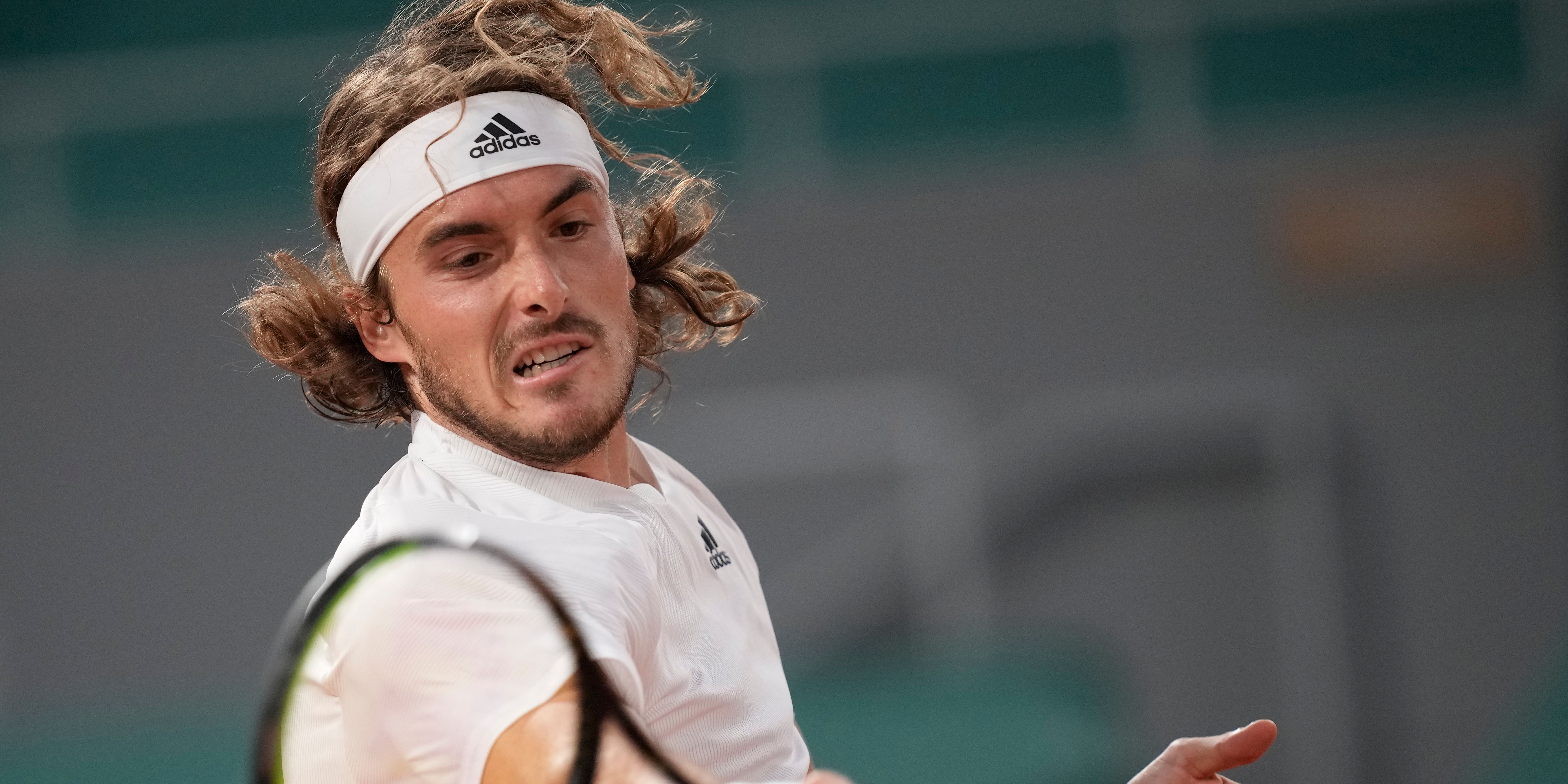 Stefanos Tsitsipas quelled the firepower of John Isner to reach the fourth round of the French Open under the lights at Roland Garros.

If the fifth seed, one of the favourites to win the title, had hoped that facing the 6ft 10in American at night would have made his big game a little easier to handle he was swiftly disabused of that notion.

Isner played a brilliant first set both on serve and from the baseline, where his talents have always been overlooked, and, had he taken a break point at 3-3 in the second set, the match might have turned out differently.

But Tsitsipas saved it with a gutsy forehand, willed himself first to hold serve and then to break, and eventually wore Isner down with his superior all-round game.

Tsitsipas said: “He’s a big guy who hits amazing strokes. I can learn a lot playing against him, he’s one of the toughest guys to play. His serve is obviously a big obstacle.

“I didn’t have the best start. Things started going my way in the second set, I started finding my returns, feeling my game a little bit better from the baseline. I think my head cleaned up and led me to that important victory.”

Daniil Medvedev’s new-found love affair with Parisian clay continued as he eased into the fourth round.

The world number two had not won a match at Roland Garros prior to this year but has dropped just one set in three contests, with his latest success a 6-4 6-2 6-4 victory over giant American Reilly Opelka.

The 23-year-old is even taller than John Isner and enjoys playing on clay but this was Medvedev’s day, the Russian breaking Opelka’s serve five times to move into the last 16.

“Clay in Roland Garros feels great this year,” said the 25-year-old. “Especially Wilson balls. I said it from the beginning. I think it’s going to stay until the end of the tournament.

“Now I know to beat me, guys have to play good. This is always possible. It’s better to feel like this than when you know you can lose to yourself just playing bad.

“I’m definitely happy with my game and my return today because I actually hit more aces than him. That’s a great achievement.”

Medvedev’s fondness for the red stuff is likely to be tested in the next match when he takes on a clay-court specialist for the first time in Chile’s Cristian Garin, who defeated Marcos Giron 6-1 5-7 6-2 6-2.

Sixth seed Alexander Zverev began his tournament by coming from two sets down to beat Oscar Otte but has been rock solid since and saw off Laslo Djere 6-2 7-5 6-2 to reach round four.

There he will play Kei Nishikori, who had won the first set against Henri Laaksonen 7-5 when the Swiss player retired through injury.

Ruud had reached at least the semi-finals of his previous four tournaments and was tipped as a dark horse but it was Davidovich Fokina who came out on top, saving a break point in the final game with an underarm serve.

Argentina’s Federico Delbonis is another man having a great clay-court season and he reached the fourth round of a grand slam for the first time with a comprehensive 6-4 6-1 6-3 win against 27th seed Fabio Fognini.

The Italian, never one to hide his emotions, needed medical treatment after punching the strings of his racket in frustration.

There were four American men through to the last 32 for the first time since 1996 but Steve Johnson was the third to fall, going down 6-4 6-4 6-2 to 12th seed Pablo Carreno Busta.