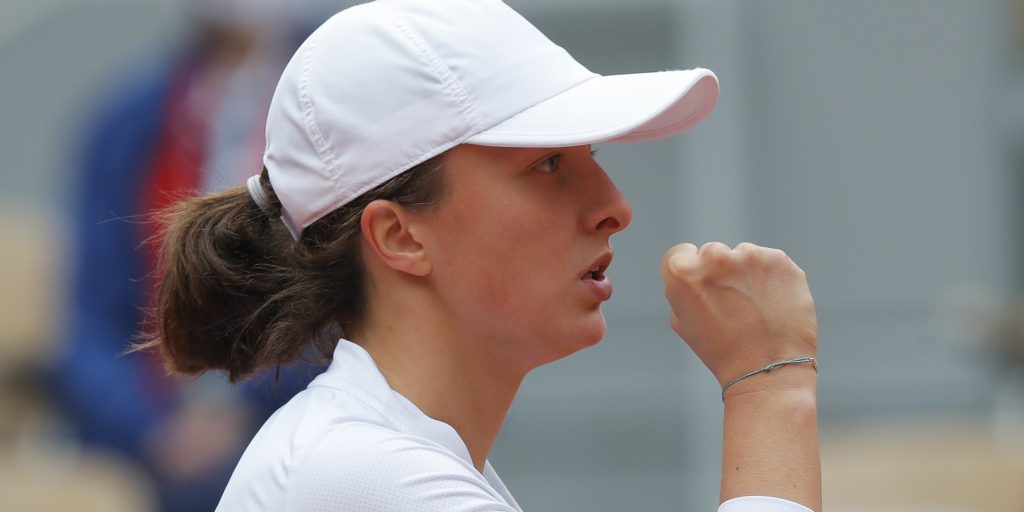 In one of the most unexpected slam semi-finals in recent times, Swiatek fully justified her status as favourite with a 6-2, 6-1 victory in windy conditions at Roland Garros.

The 19-year-old has established herself as one of the most exciting young talents in the game since winning the Wimbledon junior title two years ago and has been unstoppable at Roland Garros so far.

Unseeded ➡️ into the final

Iga Swiatek is one win away from the 🏆 at #RolandGarros! pic.twitter.com/ynjIJe8kIG

Her quarter-final demolition of top seed Simona Halep was the stand-out, but the way Swiatek has backed that up has been just as impressive and she is yet to drop more than four games in any set.

The Pole will contest just her second tour-level final after losing to Polona Hercog at the low-key WTA tournament in Lugano last year.

The stakes here are considerably higher, with Swiatek moving on to face either Petra Kvitova or Sofia Kenin for a prize packet of nearly GBP 1.5million.

It is the second year in a row that an unseeded 19-year-old has made the final, with Marketa Vondrousova losing to Ashleigh Barty last summer.

Defeat ends the remarkable run of world number 131 Podoroska, the lowest-ranked player to reach the semi-finals in Paris in the Open era.

She was unable to find any answer to the all-round skills of Swiatek but the 23-year-old, who was competing in the main draw of a Grand Slam for just the second time, will break into the world’s top 50 on Monday.