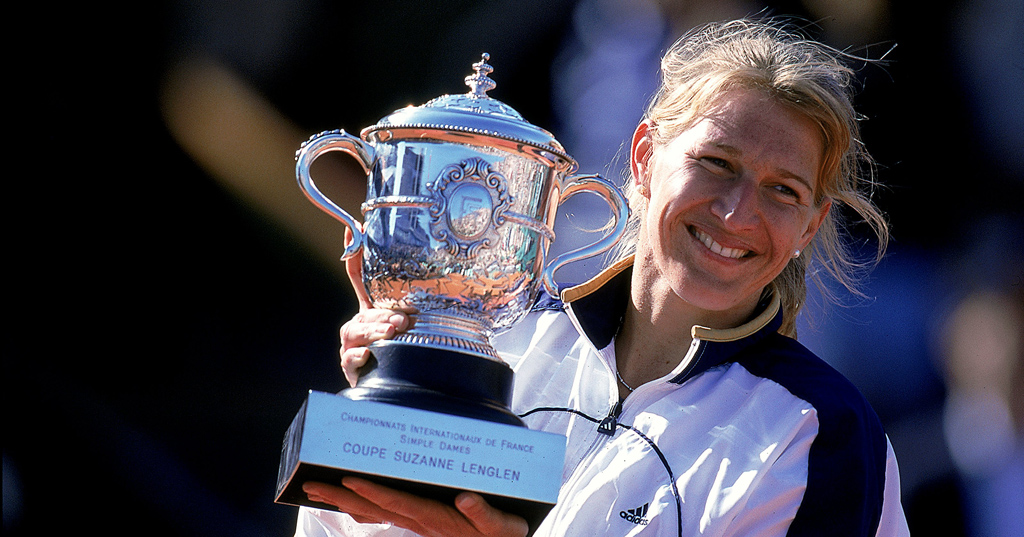 As part of the French Open euphoria, we are doing a “Legends of Roland Garros” series and next up is Steffi Graf.

The player
Steffi Graf needs little introduction. Her achievements are comparable to any player to have ever picked up a tennis racket.

A world number one for a total of 377 weeks – the longest reign of any male or female player in history – including a women’s record 186 consecutive weeks between August 1987 and March 1991, Graf dominated the game like very few before her.

Some argue that her time at the top was unnaturally extended by the cruel knife attack on Monica Seles in 1993, but that probably does her a disservice and drastically underplays the difficulty of staying at the top in tennis. 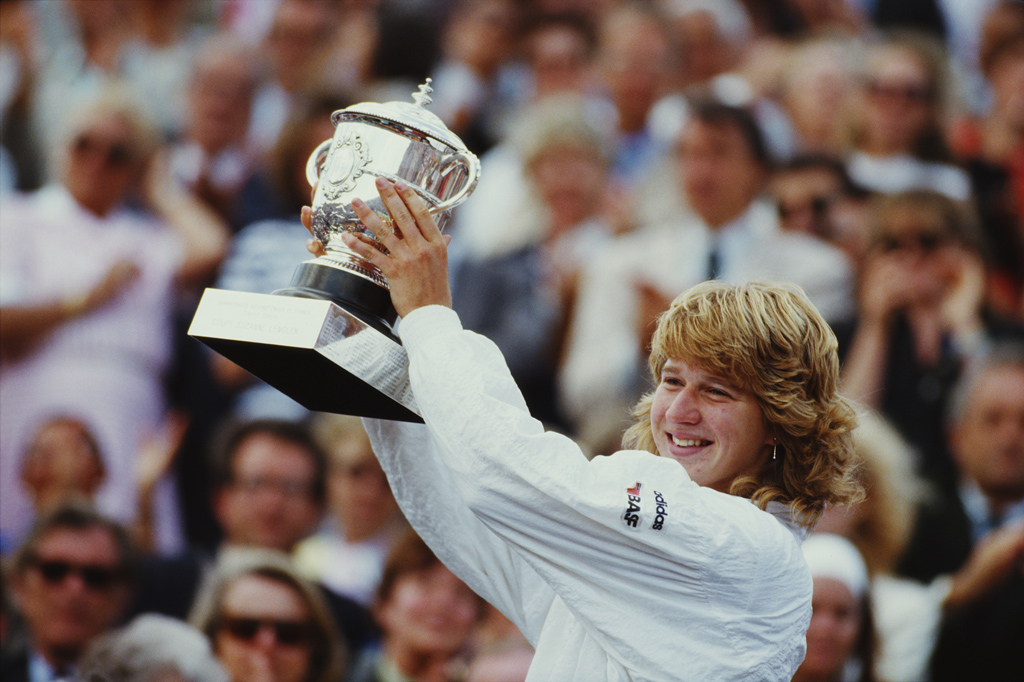 Graf won six French Open titles but that isn’t the most remarkable thing about her record.

What is so impressive is that they came spread out over such a long period of time.

She won her first in 1987 and successfully defended it a year later. However, she had to wait five years for her third in 1993, a spell that included three defeats in finals.

Of the 13 finals between her first crown and her last, nine finals featured the German.

Stand-out moment
Without question, Graf’s most memorable final was her last.

There is a strange life-cycle to sports stars that makes them hard to love when they are arrogantly precocious youngsters and downright annoying when truly dominant superstars.

However, once that star begins to fade and the new arrogantly precocious youngster begins to get the better of them, you just can’t help but root for them.

That was the exact story of the 1999 French Open final, when Graf held off the challenge of 18-year-old Martina Hingis to win her final Roland Garros title.

Graf had already battled past the number three seed, Lindsay Davenport, and the second seed, Monica Seles to reach what she called a ‘surprise’ final. Hingis, who had already won the Australian Open that year, two whole years after her first major crown, was a strong favourite for the final.

That’s how it looked to be going, too. The Swiss star took the first set 6-4 and was 2-0 up in the second before a flashpoint that turned the game.

Believing a line-call had gone against her, Hingis went to Graf’s side of the court to protest it. The umpire stood firm, and Hingis took her seat demanding an intervention from the match referee. That went against her too, as well as a penalty point, and she never recovered.

The ice-cool Graf battled through to win the second set and dominate the third in the ultimate triumph of experience over arrogance.

In quotes
“Steffi Graf is the best all-around player. Martina [Navratilova] won more on fast courts and I won more on slow courts, but Steffi came along and won more titles on both surfaces.” – Chris Evert

“People went out against Steffi knowing they were going to lose, it was a just a matter of how long you were able to keep her out there.” – Mary Joe Fernandez

“When you lose a couple of times, it makes you realize how difficult it is to win.” – Steffi Graff

“You can have a certain arrogance, and I think that’s fine, but what you should never lose is the respect for the others.” – Steffi Graf