This was billed as a battle of the titans. Nine-time French Open champion Rafael Nadal, who hadn’t won a Grand Slam for three years since the 2014 French Open, faced off with Stan Wawrinka, who was a perfect 3/3 in Grand Slam finals. Something had to give.

Wawrinka initially stayed with Nadal at 2-2 in the opening set but the Spaniard quickly went through the gears and secured the double break as he blew the Swiss off the court with his powerful attacking baseline play, eventually taking the first set 6-2.

The nine-time French Open champion also seized an early break at the start of the second set as he began to exert full control of the match. Indeed, Nadal kept pummeling winners past Wawrinka and continued to hold serve on his way to clinching the second set 6-3. 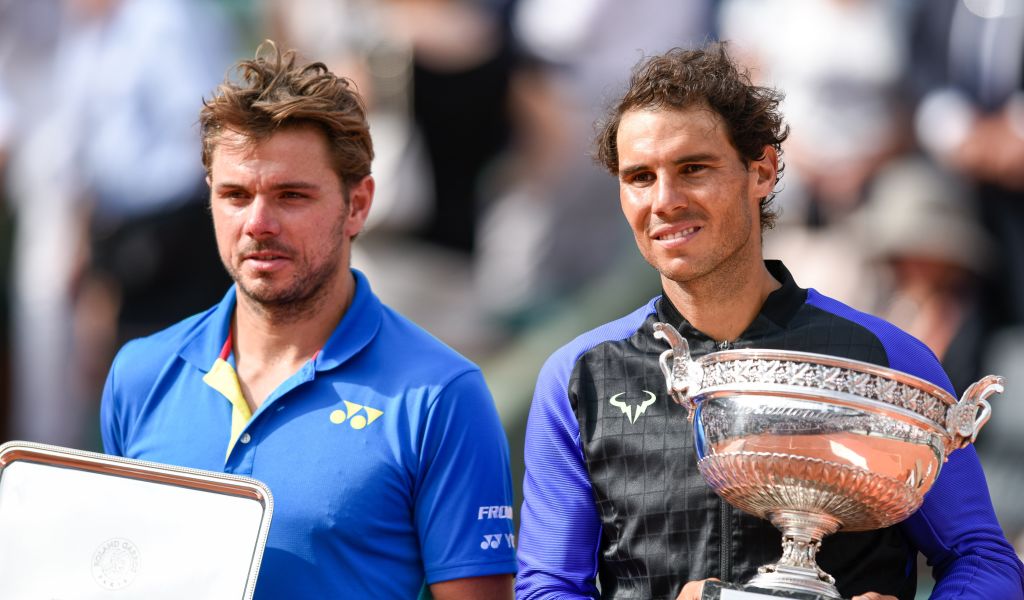 Wawrinka did show fans his famous one-handed backhand with some sublime winners and also threw in some delicate volleys with his net skills.

But Nadal continued to play crisp tennis and showed everyone why they call him the King of Clay producing a devastating display to down Wawrinka in straight sets 6-2, 6-3, 6-1 as the Swiss clearly felt the effects of his marathon five-set semi-final win over Britain’s Andy Murray.

Afterwards, Nadal collapsed to the clay like a starfish after achieving a perfect 10/10 in French Open finals. The win gave the 31-year-old Spaniard a record tenth French Open crown and secured la decima.