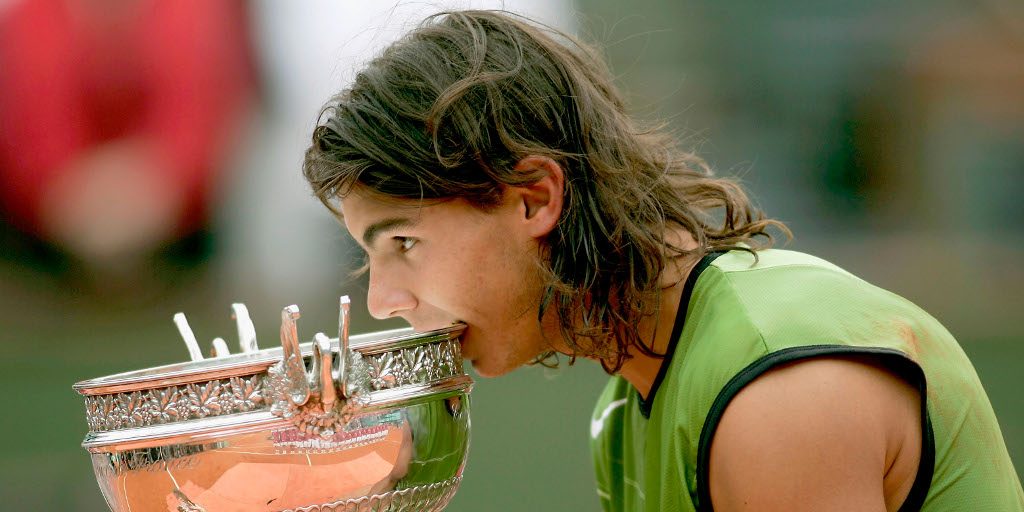 We continue our build-up to the 2018 French Open with a timeline about the clay-court Grand Slam.

1891 – The first edition of the Championnat de France, known as the French Championships, is held and it is reserved for male members of French clubs. The tournament alternates between Stade Français, Parc de Saint-Cloud and the Racing Club de France’s Croix-Catelan for the first few years.

1897 – Women are finally allowed to compete in the singles at the Championnat de France, but it remains restricted to French citizens.

1901 – Frenchman André Vacherot wins the final of his four trophies at 40 years and nine months. He remains the oldest player to win the title.

1915 – No tournament is held over the next five years due to World War I.

1925 – A year of big change as it is finally opened up to non-French players and is renamed Les Championnats internationaux de France.

1926 – Frenchwoman Suzanne Lenglen wins the final of her six titles. 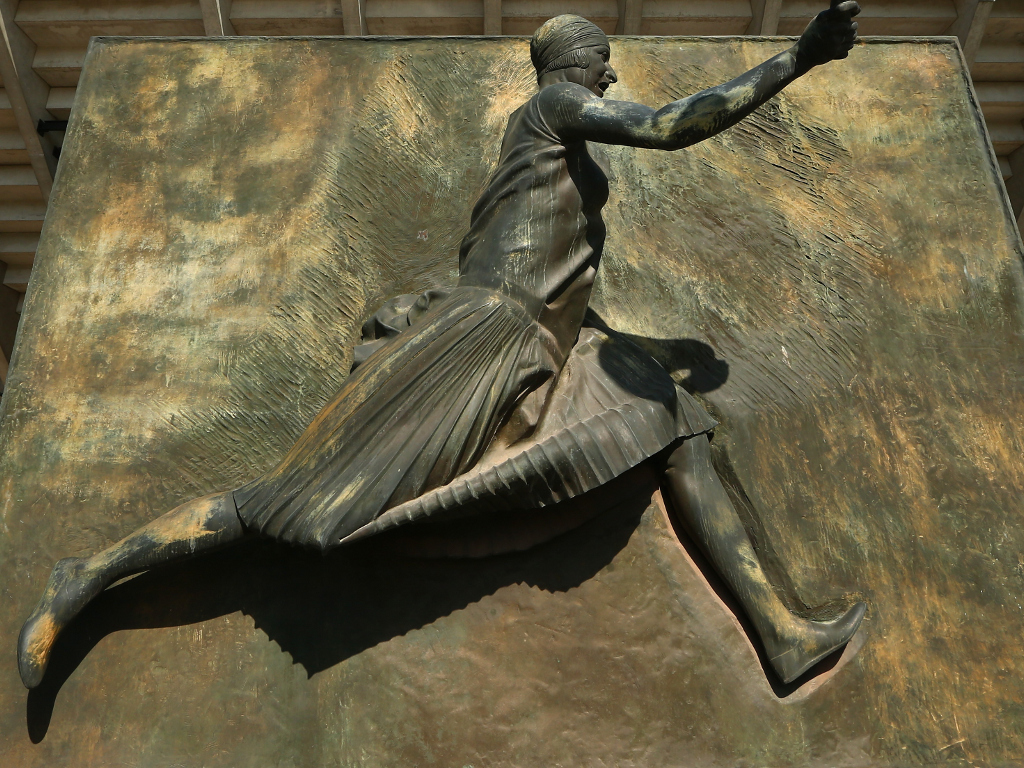 1928 – A new era arrives as the tournament moves to Stade Roland Garros with the venue named after a pioneer aviator who completed the first solo flight across the Mediterranean Sea. Garros was killed in combat in 1918. Henri Cochet and Helen Wills Moody win the first titles at Roland Garros.

1940 – The tournament is cancelled due to World War II. Although Les Championnats internationaux de France took place from 1941 to 1945, it is not recognised by the Federation Française de Tennis.

1946 – Les Championnats internationaux de France returns, but it is held after Wimbledon in both 1946 and 1947.

1956 – Althea Gibson becomes the first African-American player to win a Grand Slam event as she beats Great Britain’s Angela Mortimer in the final. 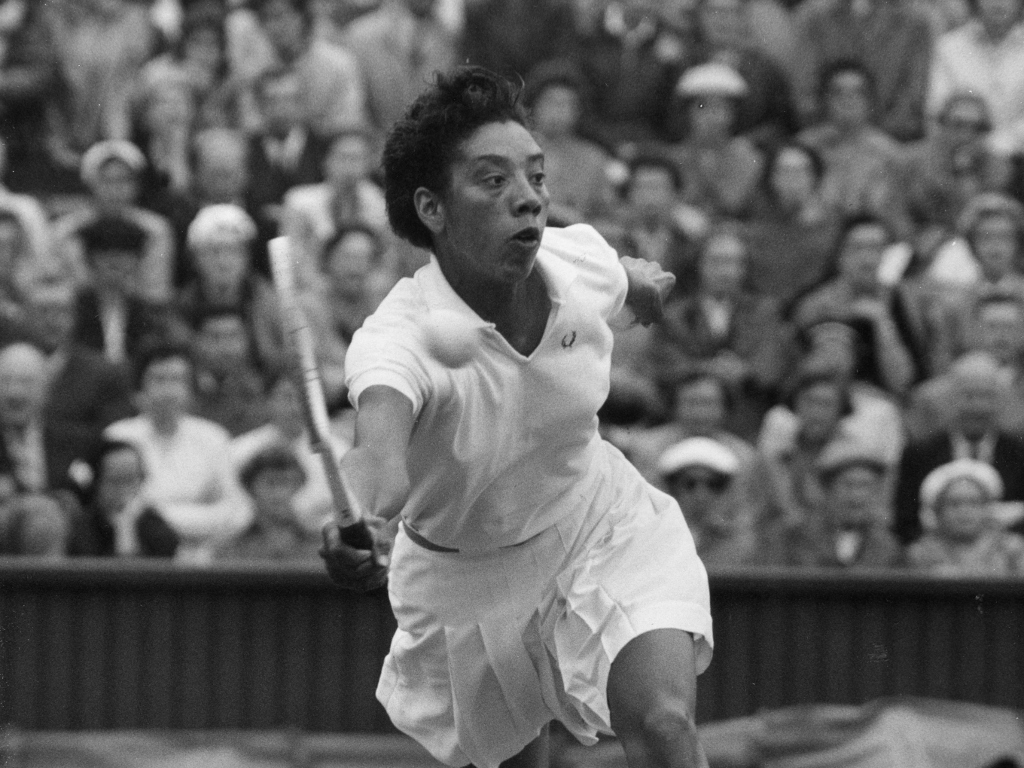 1958 – Zsuzsi Kormoczy wins the title aged 33 years old and 10 months to become the oldest female to win the singles trophy.

1968 – Tennis becomes professional and the French Open is the first Grand Slam to be played under the Open Era. Australian Ken Rosewall and American Nancy Richey are crowned winners.

1981 – Bjorn Borg of Sweden wins his sixth French Open, a record for most titles during the Open Era.

1982 – Mats Wilander becomes the first unseeded player to win the French Open in the Open Era.

1986 – Chris Evert claims the outright record for most titles won by a female (in both Eras) as the American wins a seventh French Open.

1990 – At 16 years and six months, Monica Seles becomes the youngest woman ever to win the singles title as she beats Steffi Graf in the final. 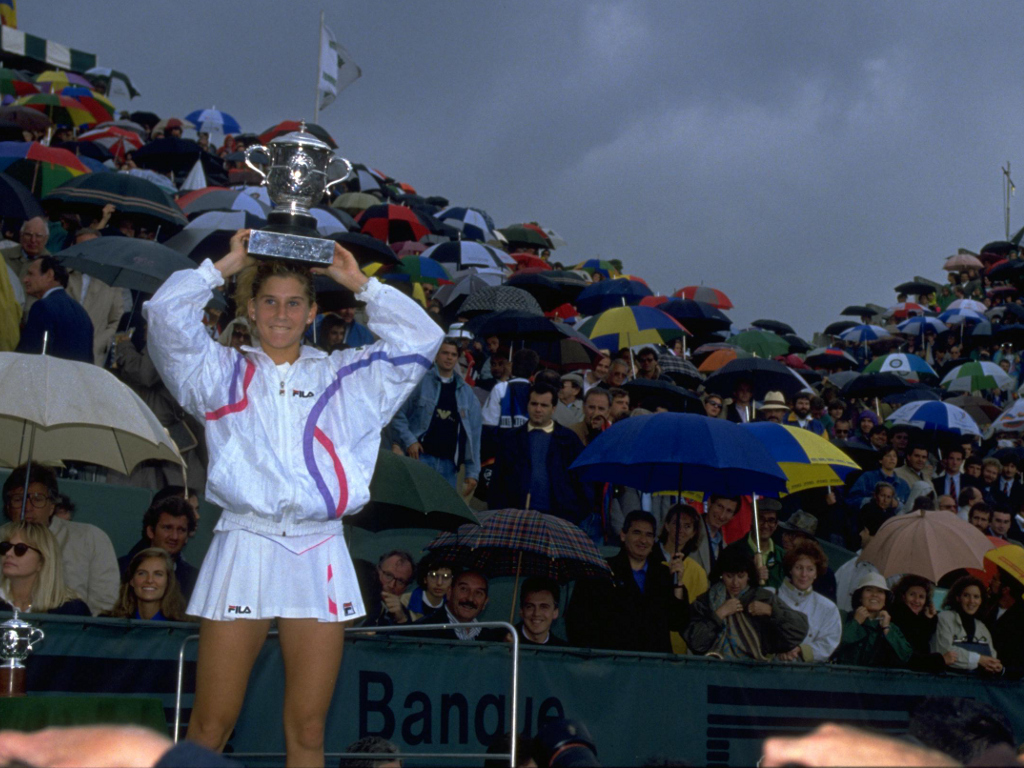 1997 – The unseeded Gustavo Kuerten wins the first of his three titles. At the time, Kuerten was the second-lowest ranked player and first Brazilian to win a Grand Slam.

1999 – German great Steffi Graf wins the last of her six titles to move into second place for most titles won in the Open Era. Andre Agassi completes his Career Grand Slam as he wins the men’s title.

2005 – Rafael Nadal makes his French Open debut and he goes all the way as he beats Mariano Puerta in the final to win his maiden Grand Slam.

2006 – The tournament moves from the traditional Monday start to the Sunday with 12 first-round matches taking place on the opening day.

2007 – The French Open awards equal prize money to both men and women in all rounds.

2009 – Roger Federer becomes only the third male in the Open Era to win a Career Grand Slam as he wins the French Open for the first time. 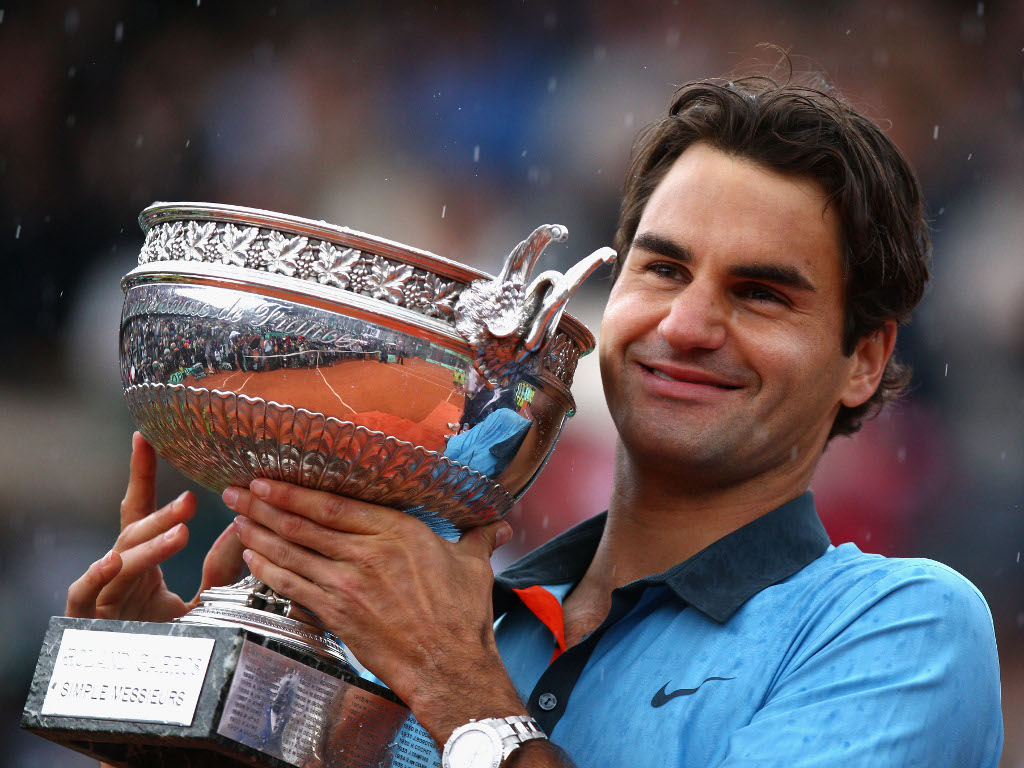 2012 – Rafael Nadal, who completed his Career Grand Slam at the US Open in 2010, sets a new record for most French Open titles as he wins the Coupe des Mousquetaires for a seventh time. Maria Sharapova completes her Career Grand Slam as she becomes the sixth woman in the Open Era to do so.

2016 – Novak Djokovic joins the list of players to complete a Career Grand Slam as he beats Andy Murray in the final.