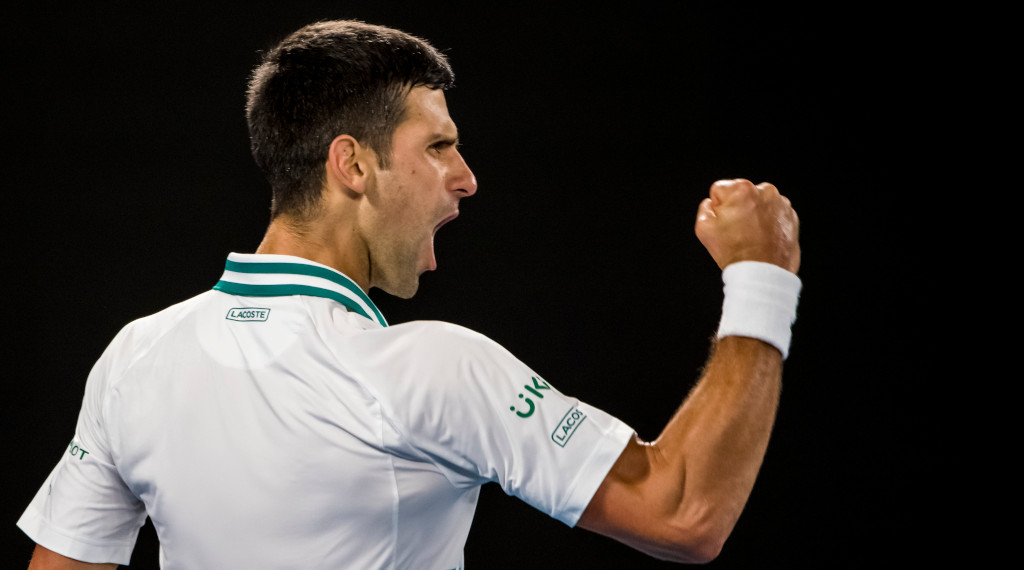 No long baseline rallies and being aggressive from the start were two key components to Novak Djokovic’s “tactical masterclass” against Daniil Medvedev in the Australian Open final, says Boris Becker.

Many pundits predicted a close final with some even tipping the Russian to edge the world No 1 on Sunday, but it proved to be lopsided match as Djokovic brushed aside the young pretender 7-5, 7-2, 6-2 on Rod Laver Arena to win his 18th Grand Slam title.

It was another feather in the cap for tennis’ established stars as the younger generation continues to struggle to usurp them.

Writing in his Daily Mail column, Becker explained how the 33-year-old’s mental and tactical brilliance helped him to get the better of Medvedev.

“Novak Djokovic’s genius showed itself in the key moments of the Australian Open final, being able to lock in his game when he needed it most,” he wrote.

“And until the upcoming generation start matching him in that department you can expect the established champions to keep cleaning up at the biggest championships.

“Daniil Medvedev was right in the match late in the first set, and then got a break early in the second. Both times you saw Djokovic being able to summon up his best, most solid tennis while his opponent went in the opposite direction.

“What we saw was a mental and tactical masterclass from the Serb, and the younger challengers just do not have that same maturity right now.

“Djokovic did not want to get sucked into long rallies from the baseline so he took the initiative and was aggressive from the start. It messed up Medvedev’s rhythm and the result was a more one-sided victory than predicted.”

Djokovic’s latest success at Melbourne Park saw him move within two majors of Roger Federer and Rafael Nadal’s record of 20 Grand Slams, but the big question is who will eventually take over the baton from the Big Three.

Becker named five players who are leading the chase.

“The players you would expect to eventually knock them off the top are most obviously Medvedev, Dominic Thiem, Tsitsipas and Alex Zverev. I would also include Andrey Rublev,” he added.

“Although it did not show in Sunday’s final I still like Medvedev’s attitude the best. In terms of talent and natural power Zverev is the leader for me. He was the better player for much of his quarter final against Djokovic, but lost concentration when it mattered.”