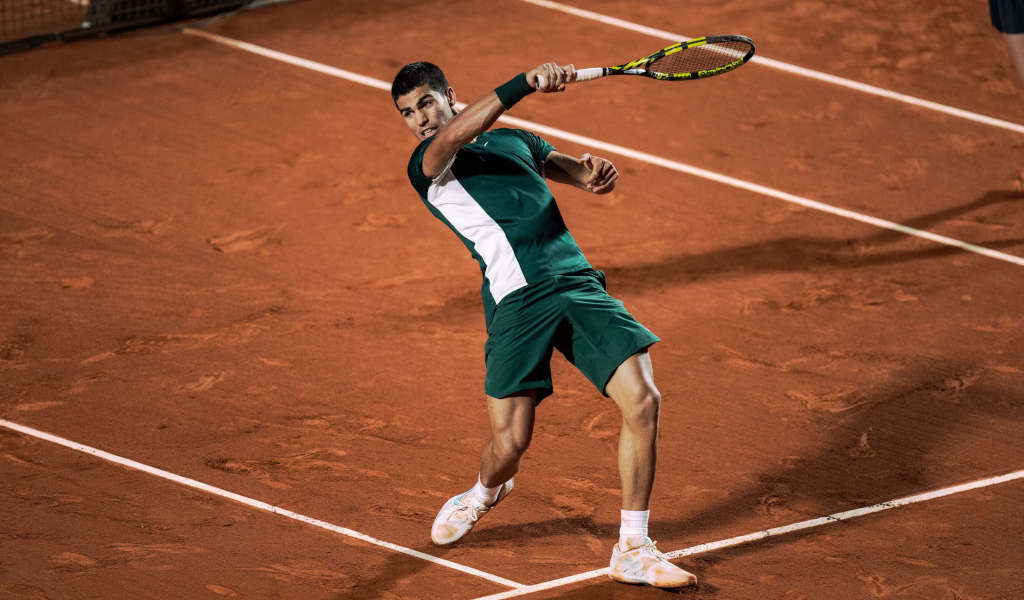 Rafael Nadal believes that Spanish compatriot Carlos Alcaraz has all the tools to win multiple Grand Slams and become World No 1.

Alcaraz has enjoyed an incredible start to 2022, winning his maiden ATP 1000 title in Miami and going unbeaten in ATP 500 events.

The 18-year-old comes into the Madrid Open off the back of a triumph in Barcelona and Nadal thinks there is more to come from the thrilling talent.

“He’s a big candidate to win a lot of Grand Slams and become the number one player in the world.”

Nadal has picked up that Alcaraz has modelled elements of his game after the Raging Bull himself.

He is delighted to see Spain producing players like Alcaraz who can continue his legacy of excellence in the game.

Nadal added: “What he is doing is fantastic so well done for him and I wish him all the very best. He is doing a lot of things similar to me.

“He is young, he has the passion and the energy. He has every single thing to become a huge star.

“I’m like a Spanish spectator, personally I’m happy to have someone like him to stay on the tour for a long time and achieve a lot of things.”

Alcaraz faces a potential date with Nadal in the Madrid Open quarterfinals but says that he is trying not to get distracted by that prospect.

“To be able to play matches here in front of a home crowd, being one of the favourites to get a title is pretty amazing. I’m focused on the first round first.

“Nadal is always going for it. In the first round you can lose. You have to respect the players that are playing these tournaments, and of course, try to give your best in the first rounds.”

Alcaraz has a first round bye in Madrid but has been out on court with doubles partner Marc Lopez, who bids farewell to the ATP tour in Madrid.

He will open his Madrid Open singles campaign against either Nikoloz Basilashvili or Fabio Fognini.