Tennis legends John McEnroe and Boris Becker believe the next generation of stars in the men’s game are making life too easy for the legends who have dominated the Grand Slam landscape for more than a decade.

Roger Federer, Rafael Nadal and Novak Djokovic continue to be the men to beat at the game’s biggest tournaments despite their advancing years, with McEnroe telling Eurosport that rising stars such as Denis Shapovalov are falling to make the advances required to reach the top of the game. 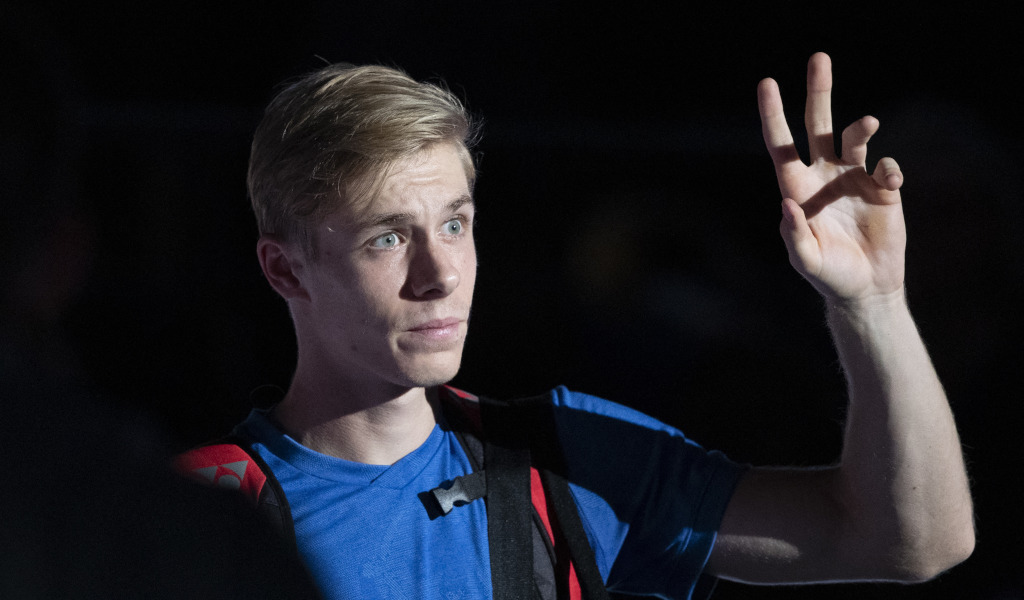 “You look at a guy like Rafael Nadal, who is perhaps the modern-day Jimmy Connors, and the guy brings it every point,” states McEnroe.

“I don’t see those other players – every point – bringing it, and you have got to. The other problem is that these three players – Federer, Nadal, Djokovic – are the three best players that have ever lived, they are better than these other guys. That is the part you cannot escape.

“If you look at Shapovalov, he’s got the body and physique, even Felix Auger-Aliassime – another Canadian – who I both think will win a Grand Slam and both I think will be in the top five. But they’ve got to be bitterly disappointed. It’s more the mental part, but technically they haven’t advanced their games enough and they think it’s just going to happen. You need to have a plan B or plan C if it’s not working particularly well.

“When you saw Federer play against John Millman, he’s 38 years old, his opponent is playing out of his mind, and is really taking it to him – you can see his mind working, trying to figure out how do I break this guy down.

“Federer tried four, five, six different things. He’d bring him in with the slice, he hit top spin, he tried to go down the line, he moved more cross-court, he started serving and volleying, he tried to bring Millman in – all those things happened within the match and he still barely won it.

“I want to see Shapovalov and some of these young players make adjustments on the fly and that’s what the big thing is. We don’t want it to be the case that these new guys don’t win anything until the likes of Nadal, Djokovic and Federer all stop. It’s crazy. You want to see [Dominic] Thiem beat Nadal on clay, you want to see [Stefanos] Tsitsipas go and win a major, but right now he just looks totally overwhelmed mentally.”

Comment: Nick Kyrgios has to find his personal victory within his latest defeat against Rafael Nadal

Becker joined McEnroe in questioning the maturity of the players hoping to make a breakthrough at Grand Slam level, as he suggested the five-set format was a factor.

“I think a change of guard has happened in the women’s game,” he said in a Eurosport Tennis Legends Vodcast.

“We have been talking about the men’s game all the time but it really has happened in the women’s game – whether it’s Coco Gauff or Bianca Andreescu or Naomi Osaka or all the other teenage girls – they have broken through and are winning, obviously with the exception of Serena Williams and Simona Halep.

“On the men’s side, I think it’s called maturity. It’s harder on the men’s side – three (sets) out of five, they come to the Grand Slams, expectations are high, everyone wants the young generation to win and I think that mentally they can’t cope with the pressure.

“The young guns are missing a bit of guts. A bit of balls. A bit of ‘okay, I’m here and I want to win and I’m going to do whatever it takes.’ They all fit into the system a little bit and the question is who is advising them, who is coaching them.

“They think it’s about tennis; it’s not about tennis, it’s about attitude and putting it out there on the line. I find there is something missing that would change that. You want to see the young players beat the top three when they are still playing well.

“You don’t want to see Federer at 45 years old still winning against someone half his age! I think we should, in context, be a little more critical of them to wake them up. Everyone is catering to them and sugar-coating them – they are not winning any majors! That’s not good!”