Mats Wilander on GOAT debate after Novak Djokovic win: ‘There could be three guys on 20 after Wimbledon’ 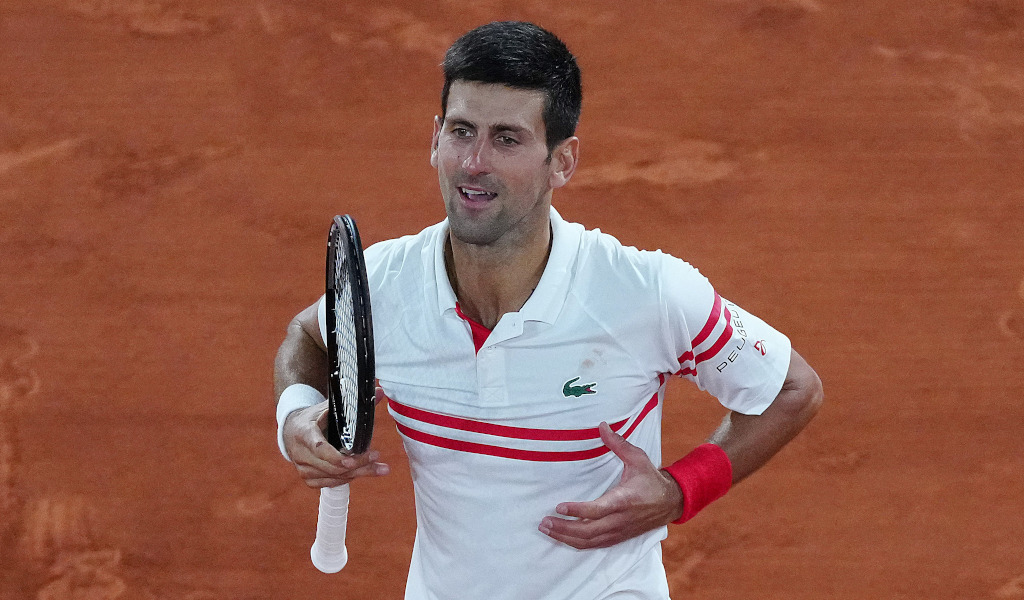 The debate about who is the greatest player of all time should intensify after Novak Djokovic’s dazzling display against Rafael Nadal in the French Open semi-final, according to Mats Wilander with the pundit saying we can no longer “overlook these numbers”.

Djokovic and Nadal produced an all-time classic at Roland Garros on Friday as they slugged it out for four hours and 11 minutes with the former emerging victorious with a 3-6, 6-3, 7-6 (7-4), 6-2 scoreline.

The world No 1 will take on first-time Grand Slam finalist Stefanos Tsitsipas in the showpiece match on Sunday and should he win that, he will move to 19 major titles, just one behind the joint-record of Nadal and Roger Federer.

Wilander was full of praise for Djokovic and he believes the numbers are heading in the right direction for the Serbian.

He’ll achieve this for the second time if he defeats Tsitsipas on Sunday.#RolandGarros pic.twitter.com/S2PnBxnNLl

“I haven’t [seen a better clay court match],” the former world No 1 told Eurosport. “It seemed like the courts were playing really fast and they had so little time and both players had to anticipate when the other player hit. Novak, that’s as aggressive as I have seen him be on a clay court especially at Roland-Garros.

“Novak says this is the greatest match he’s played against Rafa at Roland-Garros and of course he’s beaten him once before. But it gets to the point where you can’t overlook these numbers.

“Obviously he has got Stefanos Tsitsipas in the finals and he will be liking what he saw in terms of the hours Novak had to spend.

“Novak could be on 19 after this and there could be three guys on 20 after Wimbledon. We have to start talking about the GOAT.”