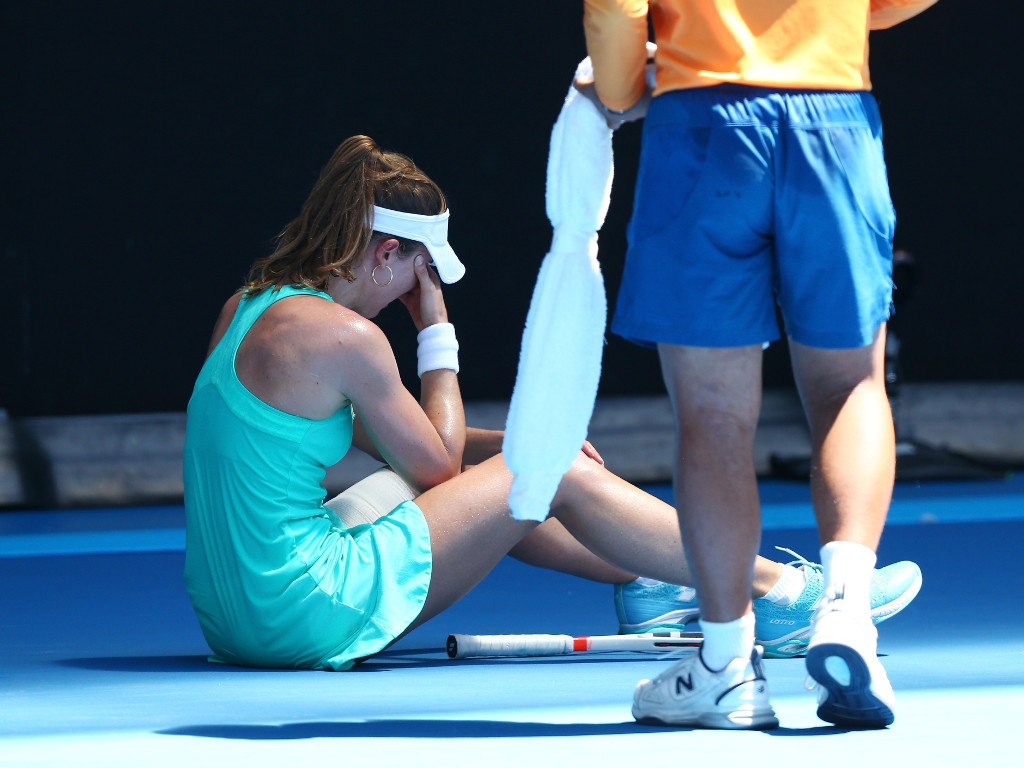 In Tennis Today, Alize Cornet, Rafael Nadal and Boris Becker aren’t exactly have a good week while Hyeon Chung and Kyle Edmund have plenty to cheer about.

What’s on the site
Alize Cornet is facing a possible ban from the International Tennis Federation after missing three out-of-competition doping tests in the past year.

She, however, has defended herself saying she passed 20 tests in 2017, missed just three, and the ITF don’t want to hear what she has to say.

We bring your part 2 of T365’s exclusive interview with the legend that is Andre Agassi as he talks Novak Djokovic, the women’s game and tennis in the USA.

Have a look at the top-ten unseeded Australian Open semi-finalists from Hyeon Chung to Marcos Baghdatis.

There is more praise for Chung and Kyle Edmund, and this time it coming from Roger Federer.

And you can catch all Thursday’s tennis action live on T365’s new live centre.

What’s in the news
Rafael Nadal’s doctor says years of tennis and a demanding schedule have taken their toll on the world No 1’s body.

“The physical condition that Rafa had with 20 years is different from the one he has with 32, after a life dedicated to high competition.

“This is logical in professional sports, as happens to Nadal happens to other players,” he said.

“It’s hard to watch someone go out in five sets and not being able to finish,” he said of seeing Nadal struggle.

“I wrote Rafa late last night (Tuesday) before I went to bed. Last thing I did. I said I have to write Rafa and see how he’s doing.”

Never going to win a Wimbledon trophy? That’s okay you might be able to purchase one of Boris Becker’s six Grand Slam trophies after the German fell into a bit of financial trouble.

It is time the ladies stepped up to five-set Grand Slams, that’s according to Pat Cash.

Love him. His sister wants to meet him asap

We all like a tweener and Mark Philippoussis delivered.

These legends sure know how to entertain.

Through the gate from John McEnroe! 🔥#AusOpen pic.twitter.com/pfKI9MsQDz

It is a goodbye to Sam Goth…

What’s on TV
It is time for the semi-finals and the women are first up as Elise Mertens takes on Caroline Wozniacki before Simona Halep squares off against Angelique Kerber. Then it’s the big one with Kyle Edmund take on Marin Cilic for a place in the final.