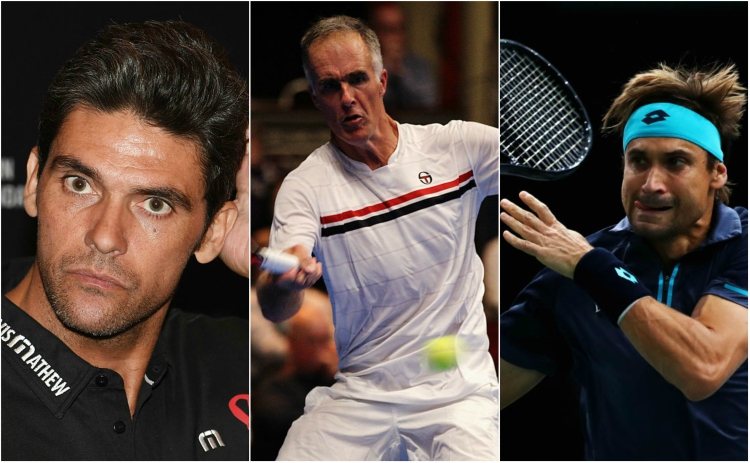 We all remember the Grand Slam winners, but several players came oh so close only to fall at the final hurdle.

10. Nikolay Davydenko
A man seemingly comfortable playing on any surface and one no one wanted to see in their side of the draw. Unbelievably, not only did he never win a Grand Slam, he never reached a final.

However, his career-defining win would come at the ATP Tour Finals in 2009 when he defeated both Roger Federer and Juan Martin del Potro to take the title.

9. David Nalbandian
The Argentinian would reach his only Grand Slam final in 2002 where he would come up against an on-fire Lleyton Hewitt in the Wimbledon Championship game.

However, one of his biggest achievements to date would come in 2005 in the Masters Cup (now ATP Tour Finals), where he would come back to stun Federer in the final, coming from two sets down to take the title. It was only Federer’s fourth defeat of the season. 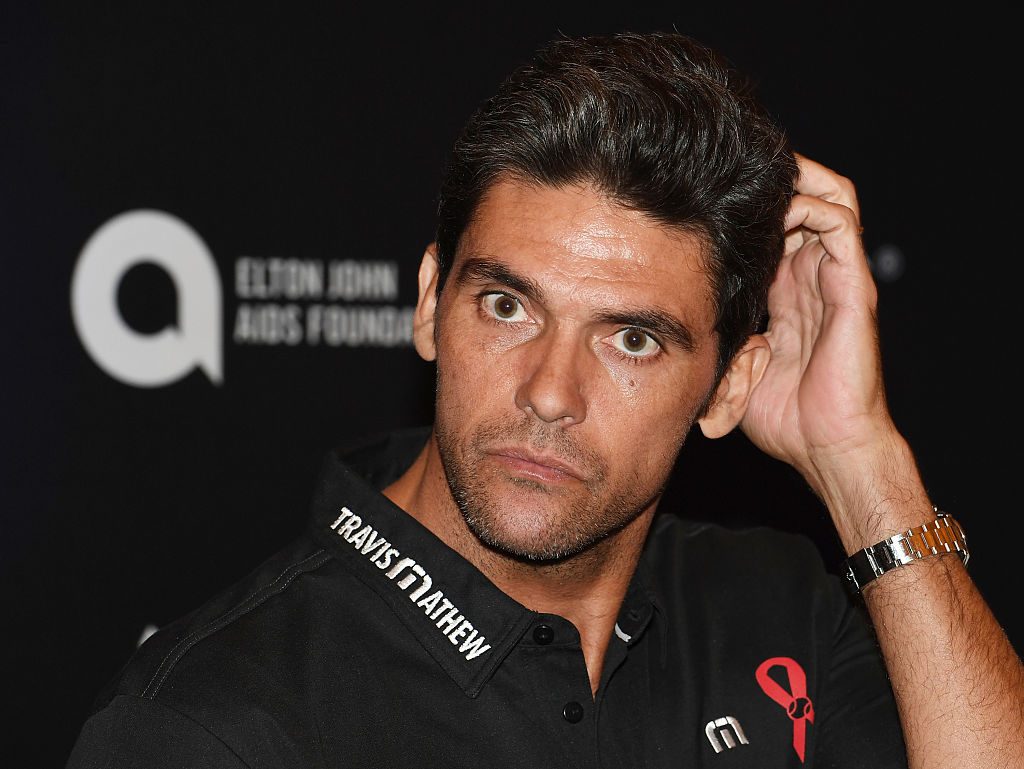 ‘A tale of what could have been’ would probably best describe the career of the big-serving Australian. A plethora of knee injuries curtailed his career and one could only imagine how things would have developed had he stayed fit and healthy.

Philippoussis reached the final of a Grand Slam on two separate occasions, with his first coming in 1998 where he lost against compatriot Pat Rafter. His second Grand Slam final appearance would come at Wimbledon in 2003, losing to a certain Swiss player called Roger Federer.

The Frenchman would succumb to defeat against Pistol Pete in the 1993 US Open final and then four years later in the final at Wimbledon.

6. Miroslav Mecir
Although he failed to win a coveted Grand Slam, Mecir would claim a rarer title. The Czech won the gold medal at the Seoul Olympics in 1988 after defeating Tim Mayonette.

Known as the ‘Big Cat’ for his quickness across the court, Mecir reached two Grand Slam finals, once at the US Open in 1986 and then three years later at the Australian Open.

However, both times he lost to compatriot and eight-time Grand Slam winner Ivan Lendl.

5. Tom Okker
A very consistent performer during his 18-year career, winning 25 titles that puts him level on second with Brian Gottfried on the list of most titles by a major-less player.

Okker reached a career-high third in the world, while also reaching the US Open final in 1968, only to lose to Arthur Ashe.

The Dutchman also made four semi-final appearances at each Grand Slam tournament. 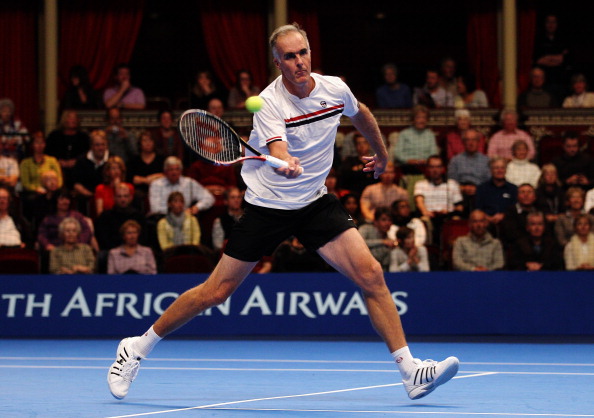 Reaching a career high of fourth in the world, Todd Martin was part of a golden era of American tennis dominated by the likes of Andre Agassi and Pete Sampras.

Martin had all the tools necessary to win a Grand Slam, but would suffer heartache in a final on two separate occasions. In 1994, a breakout year for the American, he would go on to reach the final of the Australian Open before succumbing to a straight-sets defeat to Sampras.

Trying to prove he was not a one-hit wonder, two years later he would come into Wimbledon as the favourite. However, despite being the only seeded player to reach the semis, he would fall against MaliVai Washington, losing the final set 10-8.

Martin’s Grand Slam drought would continue as he lost in five sets to Agassi in the 1999 US Open final even after leading 2-1 in sets at one point. As well as being part of the US Davis Cup winning team in 1995, he would go on to win eight career titles between 1993 and 1999.

3. Marcelo Rios
The Chilean spent a total of six weeks at number one, but a Grand Slam would always elude him.

In 1998, Rios would win a total of seven of his 18 titles and he also reached the final of the Australian Open only to lose to Petr Korda in straight sets.

It would have been interesting to see how Rios’ career would have gone if not for injury, which forced him to retire in 2004 at the age of 28.

2. Brian Gottfried
A player with a tremendous work ethic. Arthur Ashe once recalled that the only time Gottfried ever missed practice was for his wedding, so he practiced for twice as long the very next day.

The American has 25 titles to his name, with David Ferrer the only major-less player with more titles than him on 27. Throughout his career he only made one Grand Slam final and that was the 1977 French Open where he would lose to Guillermo Vilas in straight sets. 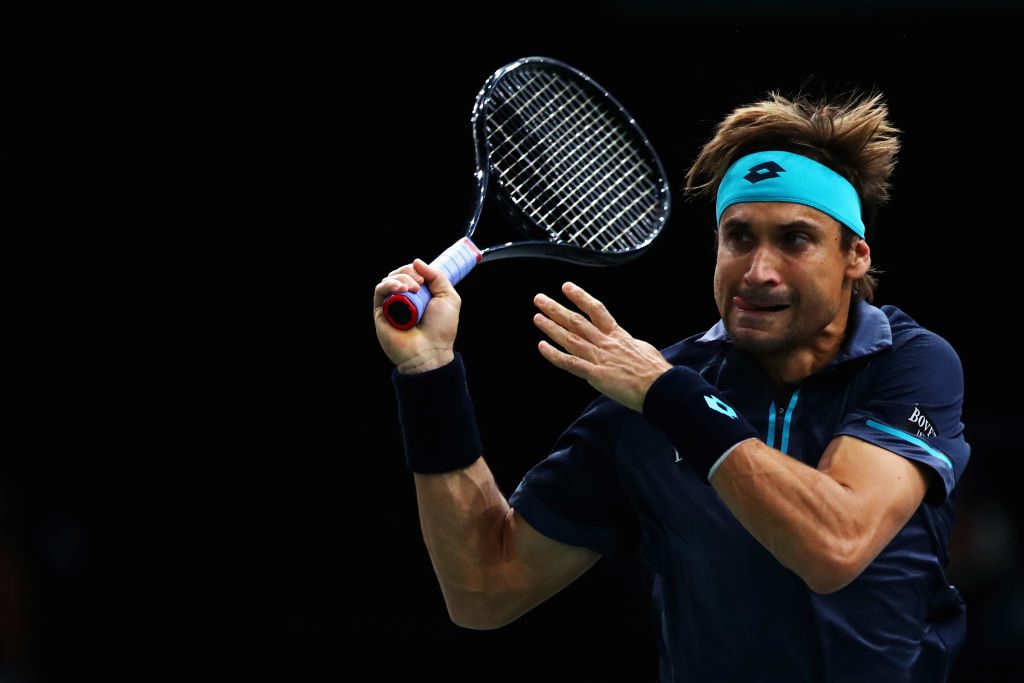 The Spaniard has 717 wins under his belt and Federer, Nadal and Djokovic are the only current players ahead of him on the all-time winners list. The fact he has 27 career titles to his name puts him top of list of most titles won by a major-less player.

Ferrer would also reach world No 3 in 2013, where he would reach the final of the French Open and semi-final of the Australian Open.

He reached five Grand Slam semi-finals and will be remembered for his tenacity and determination on the court.