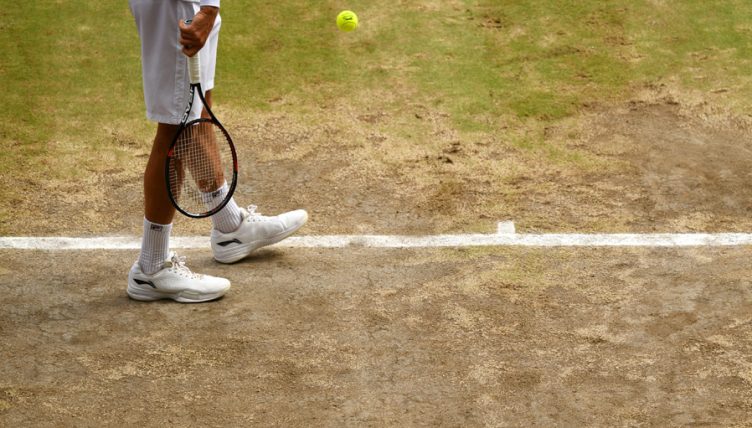 The former world number four now sits on the board at Wimbledon, making him one of the most influential men at the All-England club, and he believes the change is required to make the courts more resilient during The Championships.

Modern advancements in racket technology has made baseline tennis more prominent, even on the serve-and-volley oasis of grass, making it harder than ever for clubs to protect their surfaces.

It was especially noticeable during this year’s tournament, with the baseline areas on Centre Court and Court number one becoming increasing worn and unpredictable in the latter stages.

“In an ideal world, you’d like to have four matches on Centre Court and Court No1,” Henman told the Mail on Sunday during a coaching session on HSBC’s Court 20 with the charity Give it Your Max.

“What people never focus on is the fact it’s a natural surface. It’s grass. You’ve got to have that court for 13 days and if you kill it in the first five days, then you’re in trouble.

“Wimbledon are investing a lot of money looking at the hybrid thing. When you see the football and rugby pitches now, they’re three per cent artificial. #

“If you go back a few generations, it was huge in America, Australia, India and a lot of it has died out because of the maintenance, the cost, the quality of court. If that area can evolve then it may be relevant for Wimbledon.”

“We’re getting close to the stage where we put down a hybrid grass court in one of the practice courts.

“We know what 100 per cent artificial is and it’s not great but we’re looking at three, five, 10 . How will it be under foot? What will the movement be like?

You can keep up to date with all the latest tennis news on our dedicated page HERE.