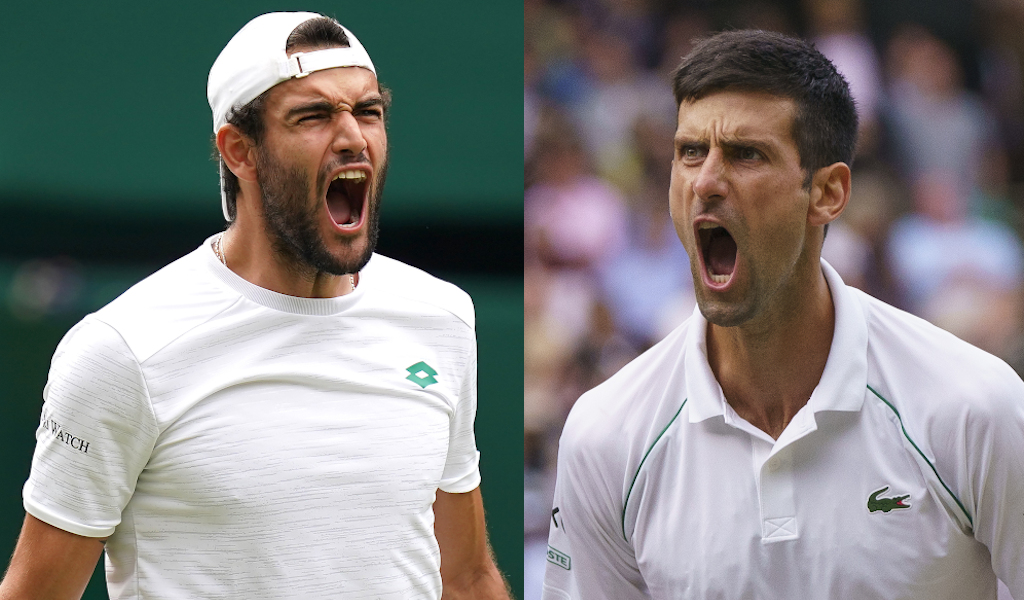 It is Novak Djokovic vs Matteo Berrettini in the 2021 Wimbledon final with the former gunning for a sixth trophy at SW19 and 20th Grand Slam title while Berrettini is looking for a maiden major.

Here we give you all the important information ahead of Sunday’s showpiece match on Centre Court.

It all comes down to this on Sunday ??

Novak Djokovic’s Wimbledon record this year is once again exceptional as his 2021 form card reads: played 19 sets, won 18 sets. British teenager Jack Draper is the only player to have taken a set from the world No 1 so far.

The Serbian’s only grass-court preparation was playing in the doubles in Mallorca and, of course, before that he won the French Open, won the Belgrade Open and finished runner-up in the Italian Open final.

Matteo Berrettini heads into the Wimbledon final on an 11-match unbeaten streak on grass as he won the ATP 500 cinch Championship in the build-up to The Championships.

And he beat an impressive grass-court contingent en route to glory at Queen’s Club as he was victorious against two-time Wimbledon champion Andy Murray, British No 1 Dan Evans, the in-form Cameron Norrie and rising Australian star Alex De Minaur.

As for Wimbledon, he dropped sets against Guido Pella, Felix Auger-Aliassime and Hubert Hurkacz, but always looked in control.

They have only played twice and on both occasions Djokovic came out on top. Their most recent encounter was in the quarter-final at Roland Garros with eventual champion Djokovic 6-3, 6-2, 6-7 (5-7), 7-5.

Their only other clash was at the 2019 ATP Finals and Djokovic was a comfortable 6-2, 6-1 winner on the indoor hard courts at the O2 Arena in London.

“[Winning a sixth Wimbledon title and 20th Grand Slam] would mean everything. That’s why I’m here. That’s why I’m playing. I imagined myself being in a position to fight for another Grand Slam trophy prior to coming to London. I put myself in a very good position.

“Anything is possible in the finals. Obviously experience is on my side. But Berrettini has been winning a lot of matches on grass courts this year, winning Queen’s. He’s in great form. He’s serving big, playing big. So it’s going to be a very tough match I think for both of us. But I’m looking forward to a great battle.” – Novak Djokovic 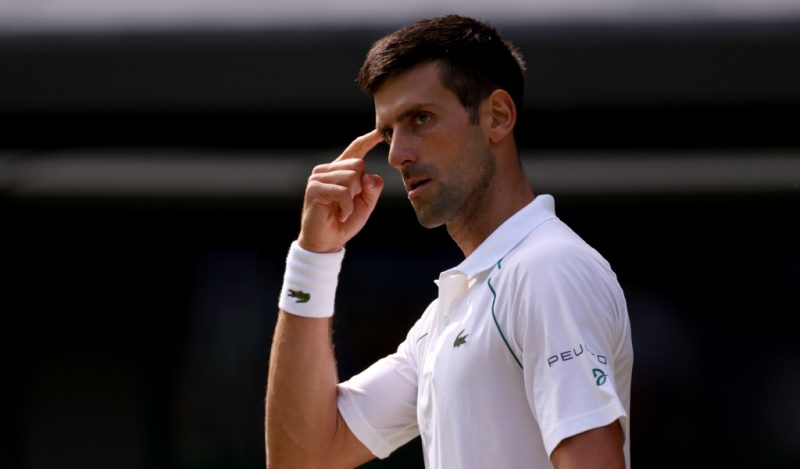 “[It] feels great. I mean, it would have felt great even if I wasn’t the first Italian.

“First Slam finals. I don’t know. I’m just so, so happy for everything. My year started in a good way, with the finals in ATP Cup. Then I got injured again. I kind of saw those ghosts again of my body kind of struggling.

“Again, I came back stronger. I think I fully deserve to be here. I want to enjoy like I did today. I want to enjoy my first final. Whoever’s going to win, I just appreciate what’s happening. So I’m very happy.” – Matteo Berrettini

Novak Djokovic is the overwhelming favourite so 1/5 isn’t really going to win you any money, but if Matteo Berrettini manages to pull it off then you could make quite a few bucks as Planet Sport Bet has him at 10/3.

The Serbian has only dropped one set so far at SW19, but Berrettini might just be the man to take him to five sets and Djokovic is 5/1 to win in five sets while the Italian is 9/1 to win in four sets. 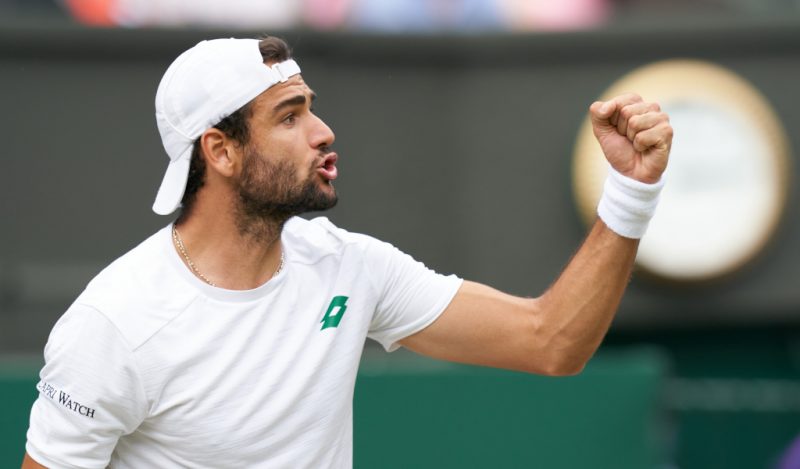 Nothing is impossible, but it would take a monumental effort for Matteo Berrettini to beat Novak Djokovic in the Wimbledon final, just ask Stefanos Tsitsipas, Rafael Nadal and Roger Federer, to name a few. The man is on a completely different level mentally and physically at the moment.

It’s not the fact that Djokovic hasn’t faced difficult opponents or experienced tough moments during matches, it is the fact that he just comes up with answers to every question.

That does not mean that Berrettini should be discounted as he is the form player on grass and that vicious forehand of his can do some serious damage. The Italian, though, needs to bring his A-game from the word go and know that the job is only done when the chair umpire says “game, set and match”.

However, you do expect Djokovic to hold aloft a sixth Wimbledon trophy and 20th Grand Slam title come Sunday afternoon.