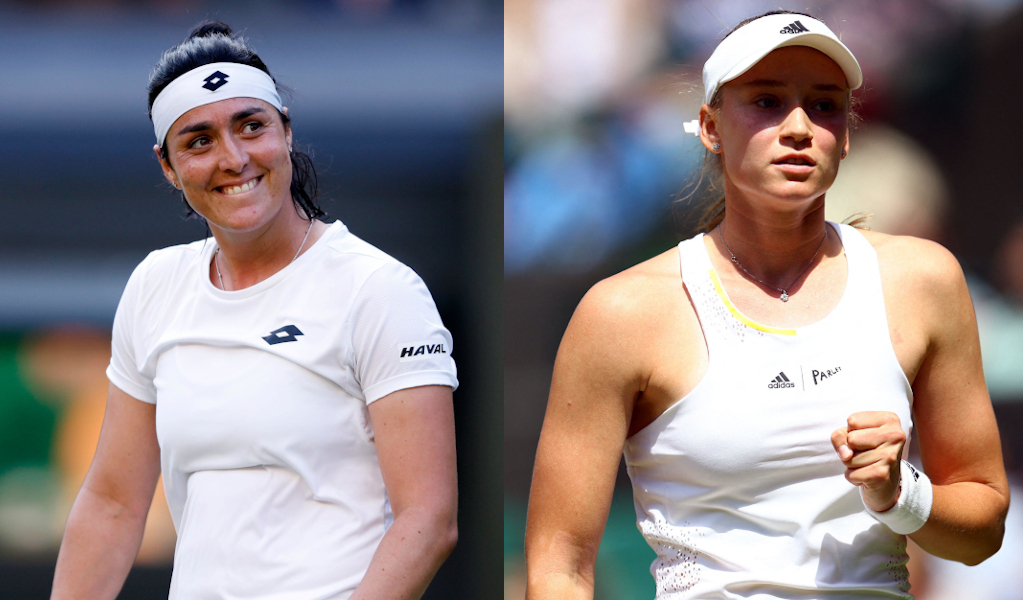 A new Grand Slam and Wimbledon champion will be crowned on Centre Court on Saturday, but not too many would have predicted an Ons Jabeur vs Elena Rybakina Championship match at SW19.

Jabeur and Rybakina will both be playing in their maiden major final, but while the Tunisian’s rise and appearance in the showpiece match is far from surprising, Rybakina’s run at the All England Tennis Club has been a bolt out of the blue.

Either Tunisian Jabeur or Kazakh Rybakina will lift the Venus Rosewater Dish on Saturday and become the 127th woman to win a Grand Slam – and the first from their respective countries to do so. In Jabeur’s case, she is looking to become the first woman from Africa to win a major.

2 – Ons #Jabeur is the second African player in the Open Era (males included) to reach the Singles final in #Wimbledon after Kevin Anderson in 2018 (Kevin Curren was competing for the United States in 1985). Pride.@WTA @WTA_insider #Wimbledon2022 pic.twitter.com/aAlaKfMgro

1 – For the first time in the Open Era two female players at their maiden Grand Slam final will face each other in the Championship match at #Wimbledon. Surprise.@WTA @WTA_insider #Wimbledon2022 pic.twitter.com/dD5yR5iBTg

Third seed Jabeur breezed into the fourth round with impressive displays against Mirjam Bjorklund, Katarzyna Kawa and Denise Parry. Although she also beat Elise Mertens in straight sets in the last 16, it was far from easy as the 23rd seed her moments.

She dropped her first set of the tournament against Marie Bouzkova as she had to come from a set down while she also needed three sets to defeat her BBQ buddy Tatjana Maria in the semi-final.

The 23-year-old started her campaign with a three-set win over Coco Vandeweghe before taking out the big-hitting Bianca Andreescu in two sets. She followed that up with solid victories over Zheng Qinwen and Petra Matric before coming from a set down to beat Ajla Tomljanovic in the quarter-final.

Simona Halep was the first seeded player she faced and she brushed aside the 16th seed and 2019 champion 6-3, 6-3.

The 23-year-old sets up a #Wimbledon final against Jabeur in style!

Jabeur has been one of the form players on the WTA Tour as she has won 22 of her last 24 matches, winning the Madrid Open and Berlin Open during that run. Her only two defeats came in the final of the Italian Open against Iga Swiatek and a disappointing first-round defeat at the French Open.

Not too many people would have put money on Rybakina to reach the final as her form has been very inconsistent. Since losing the Adelaide International final against Ashleigh Barty at the start of the year, The Kazakh player reached only one quarter-final – in Indian Wells – while she suffered a second-round defeat on the grass in the Netherlands and lost her opening clash in Eastbourne.

They have played each other three times – all on hard court – on the WTA Tour and Jabeur edges the H2H 2-1 having won their last two encounters.

“Rybakina is an aggressive player, if you give her a little bit of time she will take that away. I think she can play very well on grass because she is aggressive and [can] change the rhythm. They are both styles that I believe is the most impressive on grass. It’s going to be an interesting match, but I will make her work hard to win her points.

“She serves really well, my mine goal is going to be to return as many balls as I can to make her really work hard to win the point. I played her a couple of times so I know she can hit really hard and hit a lot of winners.

I know my game could really bother her so I will try to focus more on myself, do a lot of slices, try to make her work hard. Those types of players usually win in two or three shots, but I am just going to continue doing what I do on the court.” – Ons Jabeur 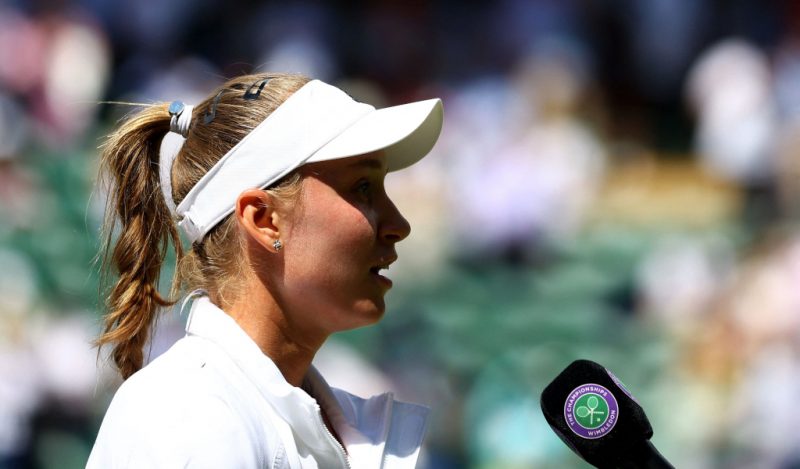 “Ons is playing really well. She played well last year and this year she has had great results. For sure it is going to be a very tough match, but I am going to try to do my best, focus on my game and we will see what is going to happen.

“I think it is amazing [that we are making history for our respective countries]. I think I met Ons for the first time when we were playing maybe WTA 125K. I came for the first time with my dad and she was very nice to help me to find the club because she had a car.

“I remember how I met Ons and what she achieved already. It’s happening in front of my eyes and we are going together in this journey. It’s just amazing to think that you are making history.” – Elene Rybakina

There will be a clash of styles when the finesse and cheekiness of Ons Jabeur is up against the aggressive and power of Elena Rybakina.

Jabeur will be the favourite – and has been since world No 1 Iga Swiatek was knocked out – and the Tunisian’s upward trend has been astonishing the past few months and she it is good to see her being rewarded with such a big match, but can she do it one final time on the biggest of stages? Can the Minister of Happiness do it when it really matters?

Rybakina has had a strange year and hasn’t had too much pressure during her run to the final. Being the underdog will suit her as she can swing from the hip and use her power game to counter Jabeur’s soft touches.

If both players play to their full potential, then they will be tough to separate and Rybakina might just edge it with her power game. However, nerves often lead to a one-sided final and in that case Jabeur with her care-free nature might just settle better.