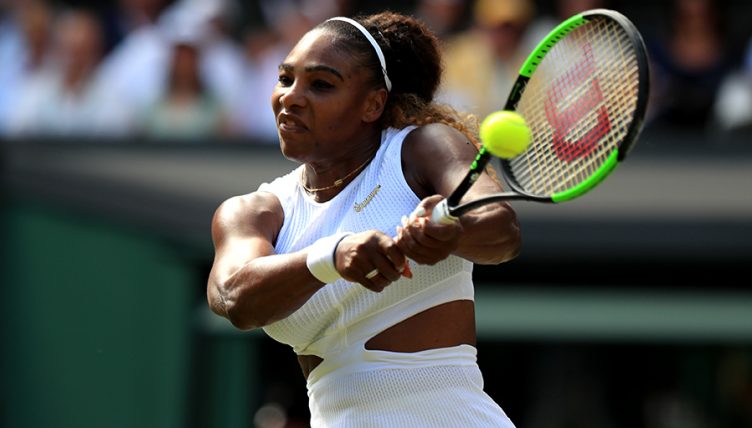 Serena Williams has moved into her 11th Wimbledon final after she had far too much for Barbora Strycova on Centre Court.

Williams, who is attempting to equal Margaret Court’s all time Grand Slam record of 24-titles, was in absolutely ruthless mood and lost just three games in the entire match.

She becomes just the second woman to make 11 Wimbledon finals after Martina Navratilova, while Roger Federer is the only male player to reach the milestone.

Williams
all the way!

“It’s good, especially after my year,” Williams told the BBC after the match. “It definitely feels good to be back in the final.

She added that she believes she is getting stronger with each match at SW19 this summer.

“It’s definitely a lot better, I just needed some matches. I know I’m improving and I just needed to feel good and then I can do what I do best which is play tennis.”

“I love what I do, I wake up every morning and I get to be fit and play sport and play in front of crowds like here at Wimbledon – not everyone can do that.

“I love what I do, I’m still pretty good at what I do and it’s always an amazing experience.”

Williams will face Simona Halep in the final, and it’s not one she will be taking lightly.

“We always have tough matches,” she added. “This was a tough match for me and I look forward to it.”