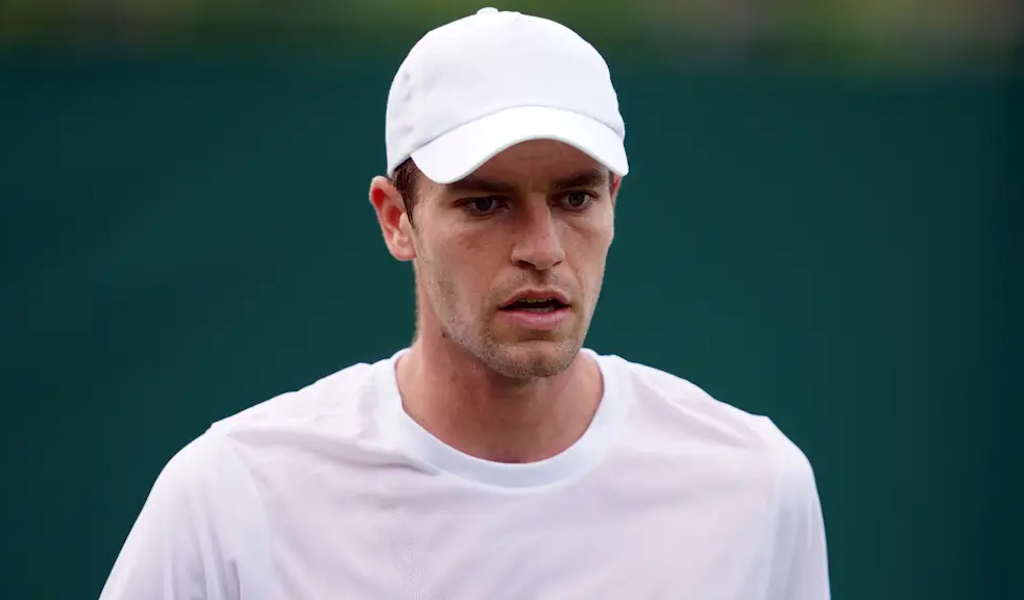 The Twickenham ace, who beat world number 95 Tseng Chun-hsin in the first round, faced a huge step up in class against 11th seed Fritz.

Great effort from Alastair Gray against the No.11 seed#BackTheBrits 🇬🇧 | #Wimbledon pic.twitter.com/gBwMFbbFTh

Gray created a break point in the opening game against the Eastbourne champion, but he was unable to convert it and promptly dropped his serve to love in the next.

Gray, who somehow hit a drop shot winner despite slipping on the baseline, forced another two break points as Fritz served for the set, but the world No 14 saved both before moving 1-0 ahead.

Everyone thought the point was finished… apart from @Taylor_Fritz97!

The British number nine did take one of his opportunities and served for the second set but Fritz, also 24, struck back and took the tie-break.

With friend and doubles partner Ryan Peniston – another second-round casualty on Wednesday – watching from the stands, Gray broke again at the start of the third.

But Fritz was unfazed and hit straight back, winning five games in a row to ultimately send the new home favourite packing.