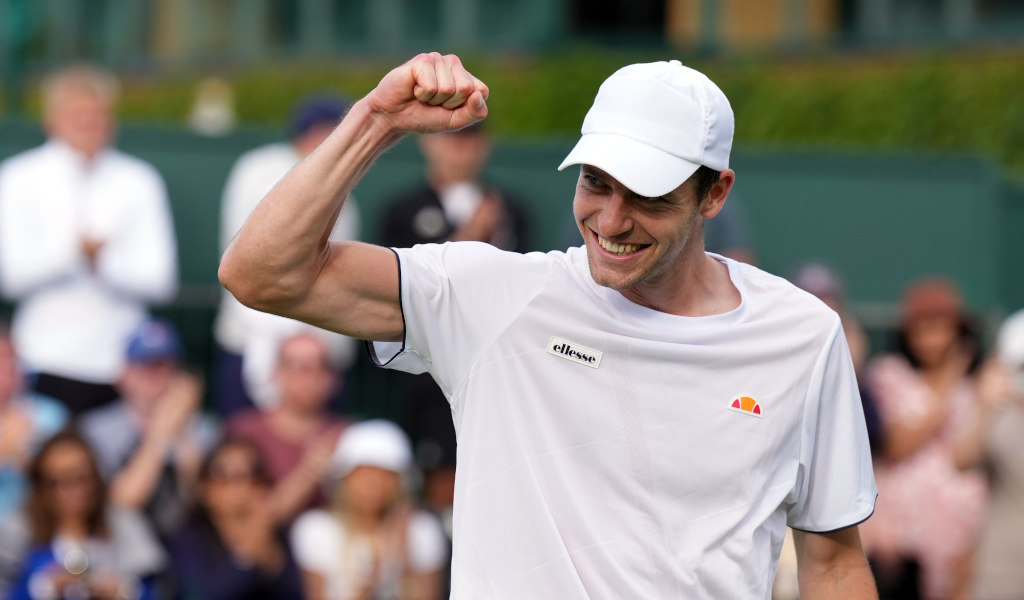 British wildcard Alastair Gray pulled off a remarkable straight-sets victory on his grand slam singles debut to reach the second round at Wimbledon.

The 24-year-old from Twickenham, who attended the same US college as British number one Cameron Norrie, took the third set on a tie-break to potentially set up a clash with 11th seed Taylor Fritz in the next round.

Gray, the second lowest-ranked player in the men’s draw, had won ITF World Tennis Tour events in Shrewsbury and Glasgow this year but had never played above Challenger Tour level.

Facing him was the world number 95 who beat Britain’s Jack Draper in the 2018 boys’ final and was also making his first appearance in the main draw.

But it was Gray who was celebrating a career-best victory on the day his prospective housemate Ryan Peniston also recorded a first Wimbledon win.

He created one break point on the Tseng serve in the first set and it was all he needed as he hit a forehand winner to clinch the break before serving out the set to love.

Gray immediately broke in the second set but missed an opportunity to go up a double break in the third game.

He could have been left to rue that chance as Tseng hit back in a mammoth game that lasted over 10 minutes, converting his third break point when the Briton went long with a forehand.

But Gray hit back immediately, breaking serve to take charge of the second set.

The third set remained on serve and went to a tie-break, where Gray reeled off five straight points to record a memorable victory.