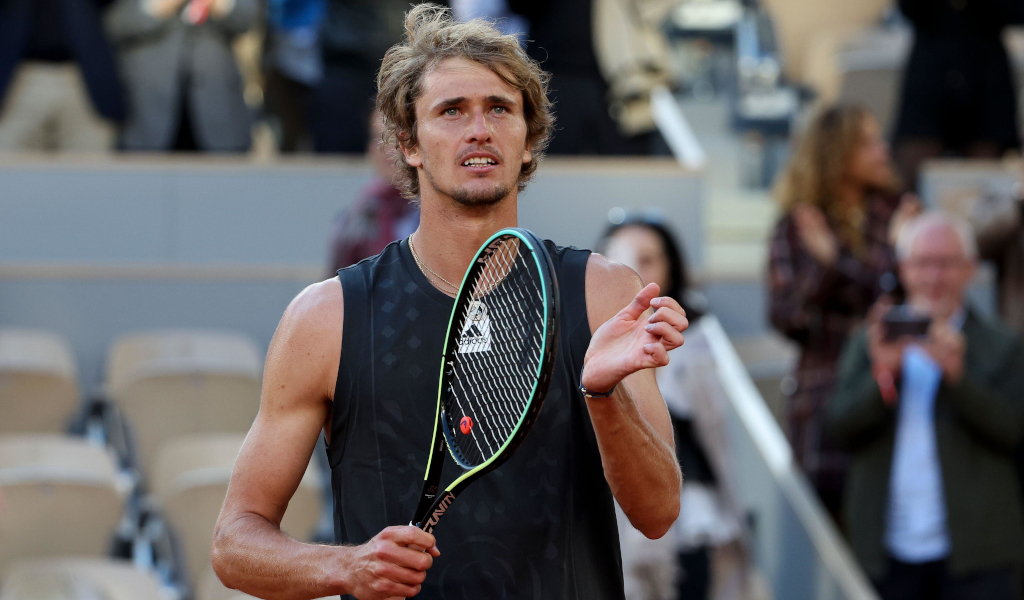 The ATP Rankings and seeding for Wimbledon will no doubt leave some scratching their heads over the next few weeks as there will be plenty of twists and turns.

With world No 1 Novak Djokovic unable to defend his French Open title, there are set to be changes at the top. Once you add the fact that Russian and Belarusian players won’t compete at Wimbledon as well as the fact that no points will be on offer at SW19, it will cause some confusion.

Djokovic suffered a four-set defeat at the hands of Rafael Nadal in the quarter-final at Roland Garros on Tuesday and, coupled with Alexander Zverev reaching the semi-final, there are different scenarios at play.

First of all, this year’s French Open points will only come into full effect on June 13 as last year’s tournament started a week later than normal.

Tennis journalist Jose Morgado has pointed out three different possibilities involving Zverev and the most straightforward one will see the German at the top – both on June 6 and June 13 – if he wins the French Open.

However, there are repercussions for Djokovic as he will first drop to No 2 when the first update is done June 6 before being replaced by Daniil Medvedev a week later – if Zverev wins the title in Paris.

There are also other scenarios where Medvedev will become world No 1 on June 13 should Zverev fail to win the French Open with Djokovic or Nadal – depending on the Spaniard’s results – at No 3.

But there is more confusion after Wimbledon’s decision to ban Russian and Belarusian players from this year’s tournament.

Zverev is certain to climb to a career-high of No 2 in the rankings even if he loses in the semi-final at Roland Garros, but he could be the top seed for the grass-court Grand Slam as Medvedev – who will be No 1 if the German doesn’t win the French Open – won’t feature.

Two things are sure:
– Djokovic will drop to #3 at best
– Zverev will reach a new career high, becoming the 2nd non-Big 4 player since 2005 to make the top 2.

With Wimbledon not using their seeding formula anymore & Medvedev banned, Zverev will very likely be the top seed!

And it gets even “better” as Morgado explained that “With Wimbledon giving zero ranking points, there is an crazy ranking scenario where Rafael Nadal can win the AusOpen, Roland Garros and Wimbledon 2022 and still be the number #3 in the world.”

Let’s not forget about this question that doesn’t have an answer yet.

Great question… (it would be hilarious if that is the case…) https://t.co/Qx9smhFzL2

“Any idea if the Wimbledon winner will still get into ATP Finals in Turin if they finish in the Top 20?”