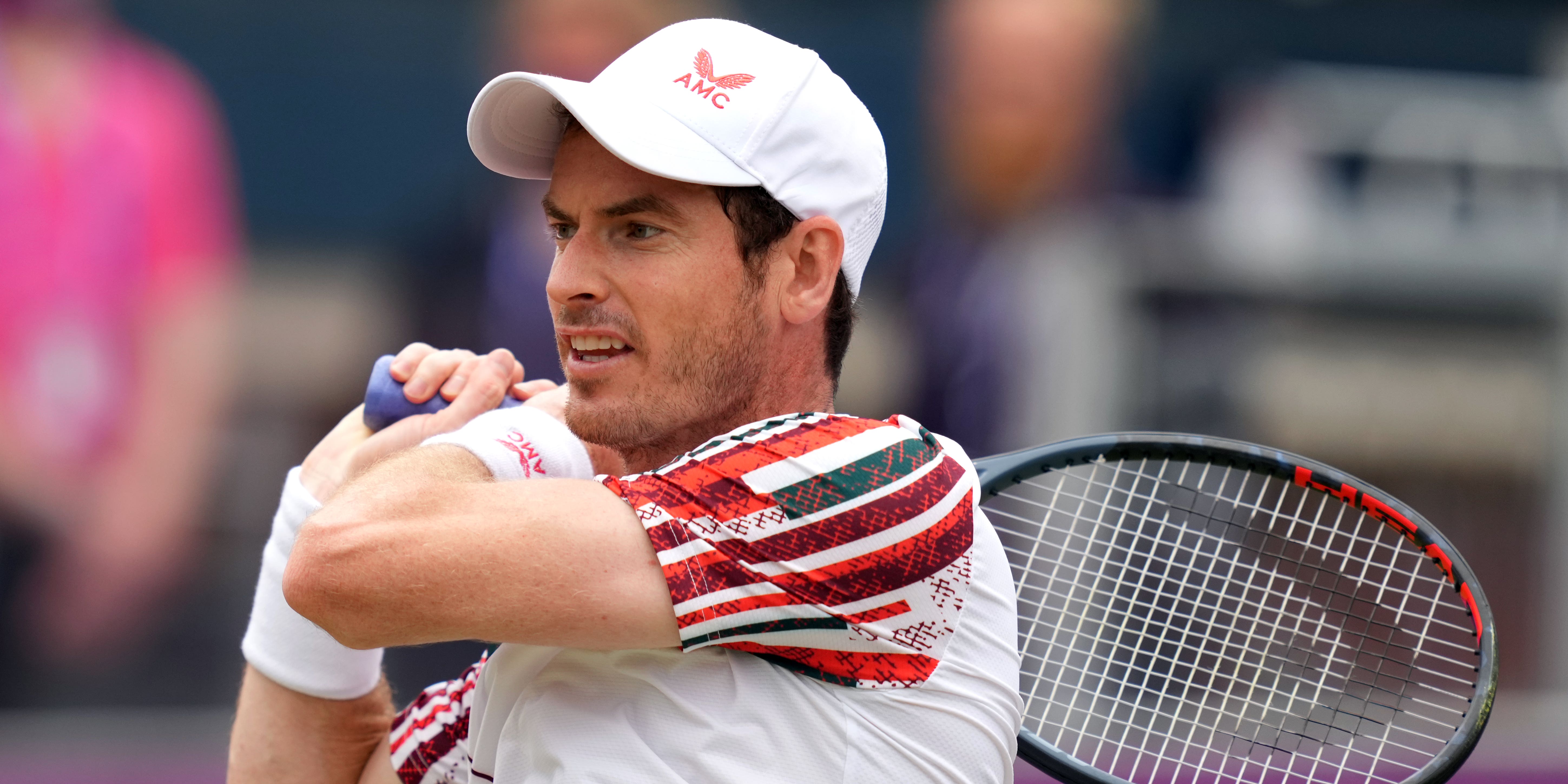 Andy Murray is taking confidence from one of the most painful matches of his career as he targets a successful return to Wimbledon.

The two-time champion will face 24th seed Nikoloz Basilashvili in the opening round on Monday in what will be his first singles match at the All England Club since a five-set defeat by Sam Querrey in 2017.

Murray limped through the Championships four years ago as defending champion after the hip problem that would lead him almost to retirement became acute.

“I was feeling horrendous during that tournament,” said Murray. “I was in so much pain playing there.

“When you speak to my team about that Wimbledon, we laugh about it today. Because I don’t know how I did that. I would have beaten Querrey in that match as well, but with each minute that passed, I was feeling worse.

“When I got off the court and saw my wife, usually I’m devastated after losing at Wimbledon. I was just so happy that was over. I just wasn’t enjoying it and with each set, each match, it was just getting worse and worse.

“That was one of my better achievements – to make the quarters that year and get close to the semis. Probably one of the reasons why I still feel like I can do well.”

Playing at the All England Club again is a victory in itself given everything Murray has been through over the last four years, not least the hip resurfacing operation in 2019 that he admits he wishes he had undergone sooner.

Returning to the grass at Queen’s Club last week with victory over Benoit Paire left Murray in tears during his courtside interview, and he is determined to soak in the Wimbledon experience.

“I think I’ll be excited,” he said. “I’m sure I’ll be nervous as well. It’ll be great. Obviously, I’ve missed playing in front of fans. It was nice to be able to get the opportunity to do that at Queen’s but I’ve also just missed playing at Wimbledon, playing at the majors, really.

“I obviously missed the Australian Open this year, and the French Open. The US Open last year was fun and it was great to be back out there competing in a major but, with no fans, it just felt a bit empty.

“It’s not the same. So I feel lucky that I’m getting another chance to do it and hopefully I can put in a solid performance.”

Murray is certainly due some luck after missing the Australian Open because of an ill-timed bout of coronavirus and then picking up a groin problem in his sleep ahead of the Miami Open in March.

That is still niggling away but Murray got through just his fourth and fifth tour level matches of the year at Queen’s, beating Paire before losing to eventual champion Matteo Berrettini.

And, with grass being an uncomfortable and unfamiliar surface for many players, the Scot sees reasons for optimism about his prospects.

“I think I can do a lot better than what I did (against Berrettini) and, with the two matches under my belt and hopefully four or five high-quality practices this week, I’m not saying I’ll get to exactly where I want to be but I think I can get myself a bit closer,” said Murray, whose latest business venture is the launch of hydration drink HALO in the UK.

“I’ve always preferred the courts at Wimbledon. Even though I’ve played well at Queen’s and they’ve got great courts, it’s always a little bit quicker.

“I think I can do well. I don’t think there are that many guys who are unbelievably comfortable on the grass, so that plays in my favour. And obviously a lot of the younger guys didn’t get the opportunity to play on it last year.”

With his body having let him down so often in recent years, the 34-year-old admitted at Queen’s that he is treating each match as if it could be the last of his career.

He is not, though, thinking about a Wimbledon farewell, saying: “I don’t want it to be my last Wimbledon. That’s not my plan.

“If I got a significant injury or whatever, then that would obviously change things. But I guess that’s the case with most players when they get into their mid-30s. I’m still planning on playing for as long as I can.”

:: Andy Murray is an ambassador and investor in HALO Hydration which is now available in the UK at HALOHydration.com