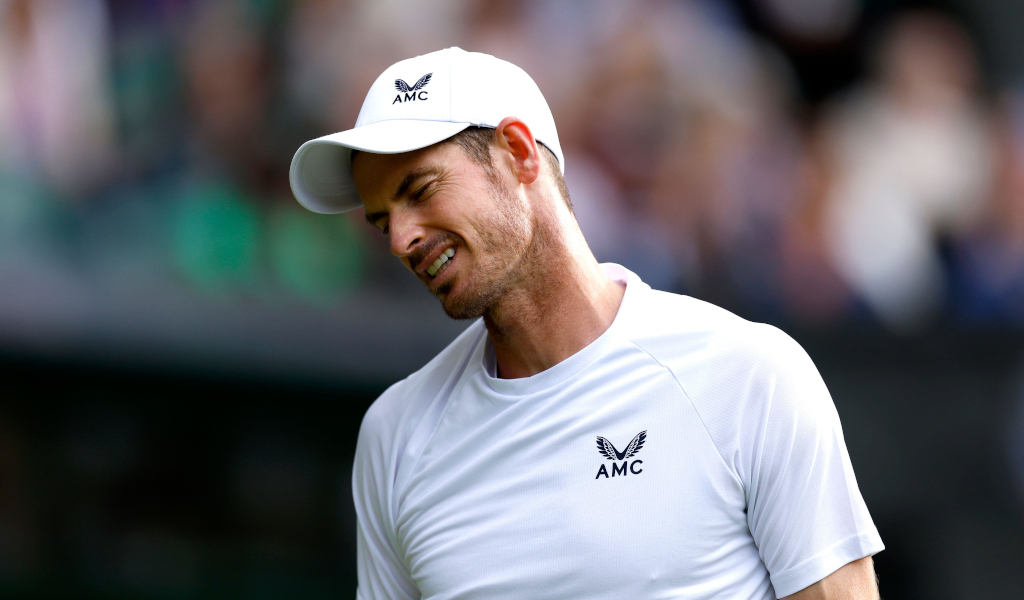 There is no doubt in Andy Murray’s mind that he still wants to compete at the highest level in tennis, but he concedes “it not easy to keep my body in optimal condition”.

It was the two-time champion’s earliest ever exit from the grass-court Grand Slam and even though there are persistent question marks over his long-time future, Murray remains convinced he wants to continue playing, provided his body holds up.

“Has my opinion changed based on tonight’s match? No,” the former world No 1 said.

“I think most of the players on the tour would tell you that a match like that was won or lost based on a few points here and there. I didn’t play well enough on those points tonight.

“I certainly didn’t serve well enough at the beginning of the match, which I think is understandable. Look, he’s a difficult opponent to play against.

“Tonight’s match, I don’t see why it should change that view really.”

Leaving us with a moment of trademark @andy_murray brilliance to savour 👏#Wimbledon #CentreCourt100 pic.twitter.com/C1rlwjyjLx

But he added: “It depends on how I am physically. If physically I feel good, then we’ll try to keep playing.

“But it’s extremely difficult with the problems I’ve had with my body in the last few years to make long-term predictions about how I’m going to be even in a few weeks’ time, never mind in a year’s time.

“If physically I’m in a good place, yeah, I will continue to play. But it’s not easy to keep my body in optimal condition to compete at the highest level.”

Murray did not have an ideal build-up to Wimbledon as he was forced to pull out of the Queen’s Club Championships due to an abdominal injury.

“It was frustrating, and it didn’t help. I was in a really good place physically and my game was in a good spot,” he said.

“The serve and return are the two most important shots in the game and I was not able to serve for essentially 10 days off the back of Stuttgart.

“The positive is that physically I was fine during the matches. It was touch and go, kind of, on the Wednesday or Thursday before the tournament in terms of how I was going to be.

“But I felt good physically on the court. I just couldn’t quite get the win today.”