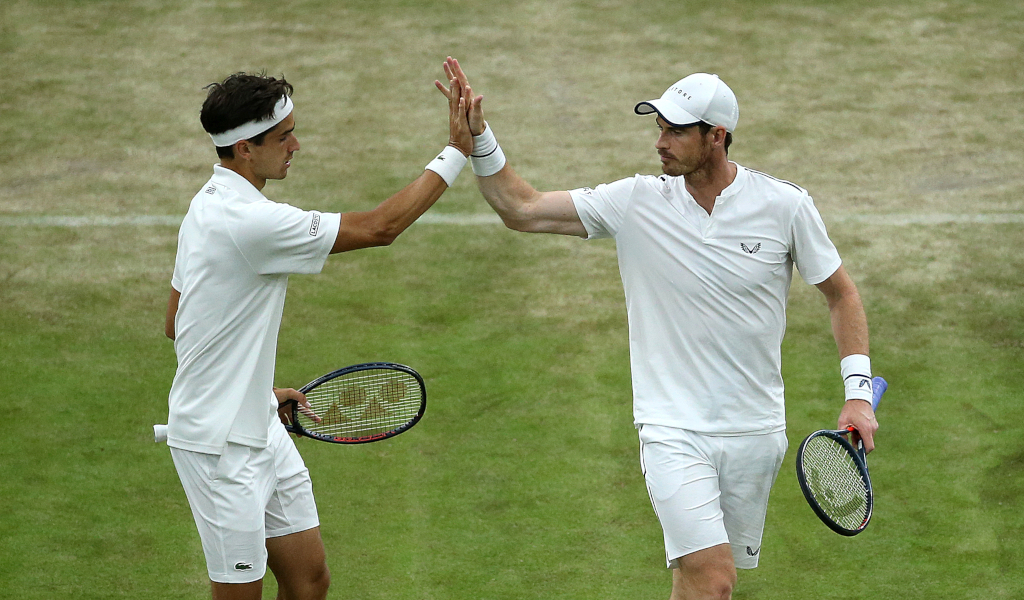 Seven hundred and 22 days after his last appearance at Wimbledon, Andy Murray made a winning return to SW19 alongside Pierre-Hugues Herbert in the men’s doubles.

There was plenty of excitement as Murray played at the All England Club for the first time since 2017.

Six months ago, we weren’t sure if we’d ever see this again…but now @andy_murray is back playing at The Championships 😍

He and Pierre-Hugues Herbert take on Ugo Humbert and Marius Copil in the men’s doubles #Wimbledon pic.twitter.com/tURx1jnF1X

After initially announcing at the Australian Open that this year’s Wimbledon tournament is likely to be his last, Murray underwent hip resurfacing surgery at the end of January.

And he now has a new lease on life and could eventually return to singles action later this year.

For now his attention is on the doubles and Murray and Frenchman Herbert took a while to warm-up as things didn’t initially go according to plan for the crowd and bookie favourites with 888 sport betting, but once they got going they eased to a 4-6, 6-1, 6-4, 6-0 win in two hours and 30 minutes.

The start of something special…?

Andy Murray and Pierre-Hugues Herbert recover from a set down to defeat Copil/Humbert in the men’s doubles#Wimbledon pic.twitter.com/obBrGKFsFr

They were broken twice in the opening set, but that was as good as it got for Copil and Humbert as the Murray-Herbert team raced to victory after that.

Up next for the three-time Grand Slam singles winner Murray is the mixed doubles alongside 23-time major winner Serena Williams on Friday.