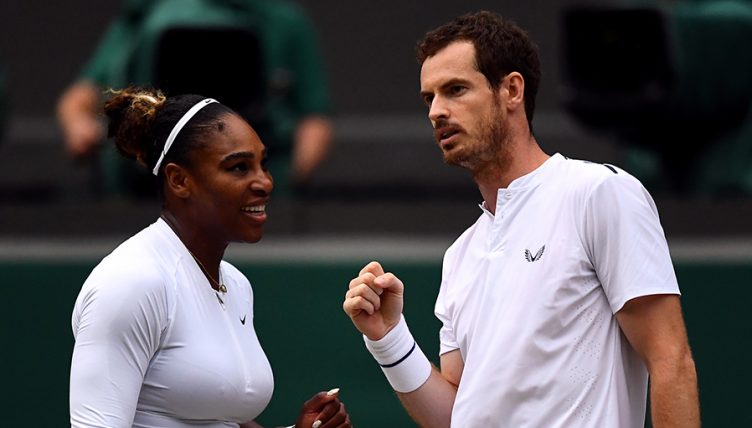 Andy Murray and Serena Williams continued their partnership in the Wimbledon mixed doubles after they scored another comprehensive victory together.

The pair came up against 14th seeds Fabrice Martin & Raquel Atawo on Centre Court, and were given a sterner test that their opening match.

However, they were still too strong, and produced some highlight reel stuff before securing their 7-5, 6-3 success.

“She returned brilliant,” Murray said of Williams, “especially at the end of the first set/beginning of the second – clean winners a lot of the time, making my job easy but I was missing mine on break points.

“Overall we both played well, Serena returned extremely well and if she keeps returning like that we’ve got a good chance.”

Williams added: “We are getting in the groove with things already.

“It’s good, we have only had a couple of matches but finding some rhythm and hopefully we can continue to feel it.”

Despite enjoying the doubles experience, though, Murray was keen to stress that a return to singles action is what is truly on his agenda.

“It’s great for me just now, all matches are good,” he added.

“Doubles especially is good for reactions and reflexes, which is something that’s helped the last four or five weeks for me.

“Hopefully once we’re finished I’ll get back and start practising some more singles.”