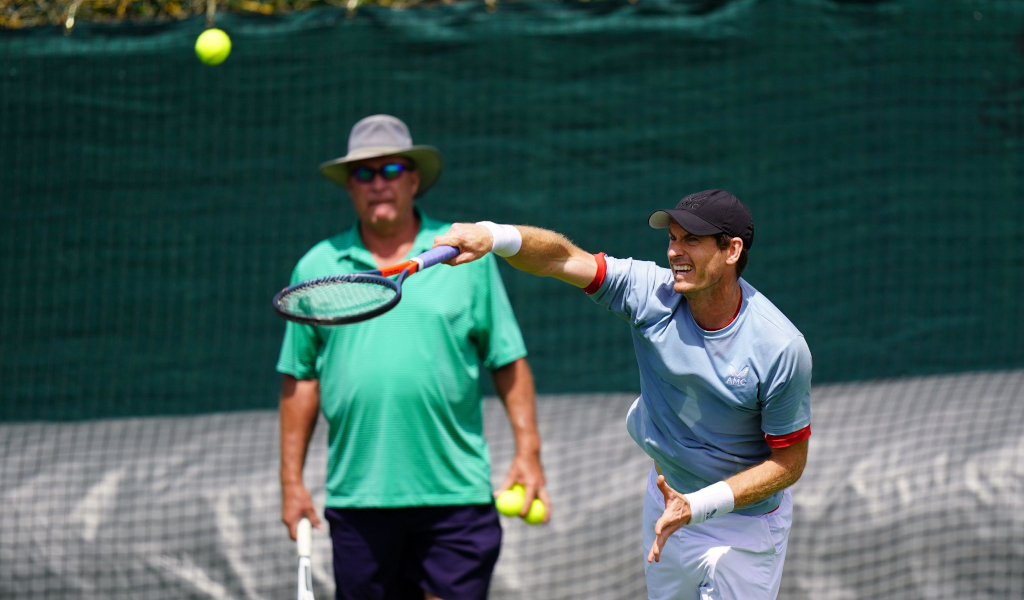 Andy Murray hopes the return of Ivan Lendl can help inspire him to more Wimbledon heroics.

The two-time champion gave a positive assessment of his form and fitness having faced a race against time to recover from an abdominal strain suffered in the final of the ATP tournament in Stuttgart two weeks ago.

Murray showed his prowess on grass once again to defeat Stefanos Tsitsipas and Nick Kyrgios and was matching last year’s Wimbledon runner-up Matteo Berrettini prior to sustaining the injury.

He was forced to pull out of the cinch Championships at Queen’s Club and was unable to practise at full tilt at the start of this week but has made encouraging progress since.

“It’s gone well,” said Murray. “I’ve been able to gradually progress my training this week and got to play a few sets, a lot of points. The last few days have been good.

“I think I showed a couple weeks ago that there was still good tennis left in me. I beat a guy in the top five in the world, was neck and neck with Berrettini, who is one of the best grass-court players in the world, before the injury.

“I played well against Kyrgios as well. The first set was a good level. And I’ve been doing pretty well in practices. I know the tennis is in there, I just need to bring it out during the event now.

“Obviously having Ivan on my team helps. We’ve had a lot of success in the past. We know each other well. He still believes in me. There’s not loads of coaches, people out there, that have done over this last period, and he has. That definitely helps me.”

Murray announced in March that Lendl had agreed to return for a third spell as coach having guided him to all three of his Grand Slam titles before the Scot experienced his long-term hip issues.

Murray has managed to play consistently for the last year but struggled to find the tennis and results of which he felt he was still capable.

He parted ways with long-term coach Jamie Delgado – who originally worked alongside Lendl – late last season and admitted he struggled to find a replacement who shared his optimism for the future.

The 35-year-old said: “For the most part, when I had had conversations with coaches, the potential of working with someone, it had come off most of the time and worked out, whereas this time round, I got turned down by a lot of coaches.

“That obviously was difficult to deal with because there’s obviously good coaches out there. I don’t know how many that are top-level coaches that maybe you’d really want to work with if you’re trying to win the major events.

“That’s also why I’m grateful that Ivan has come back to work with me and help me try and achieve what it is I want to achieve.”

Murray, who has not made it past the third round of a major since Wimbledon in 2017, goes into the tournament as the British number three behind Cameron Norrie and Dan Evans.

Norrie has built on his superb 2021 season this year, winning two more ATP titles in Delray Beach and Lyon and is seeded ninth in the men’s draw.

What he has yet to achieve is a deep run at a Grand Slam, with his third-round defeat by Karen Khachanov at the French Open the fifth time in the last eight major tournaments he has fallen in the last 32.

“It’s a big goal for me,” said the 26-year-old. “I’d like to tick that box obviously. Played a third round a few times now. Obviously helps with the seeding and having a slightly better draw.

“I think if I keep doing more of the same, I think I’ve got a lot of improvement and a lot of upside in my game still. I’m looking forward to the challenge of that. There’s plenty of good guys in the draw, so it’s not going to be easy at all.”