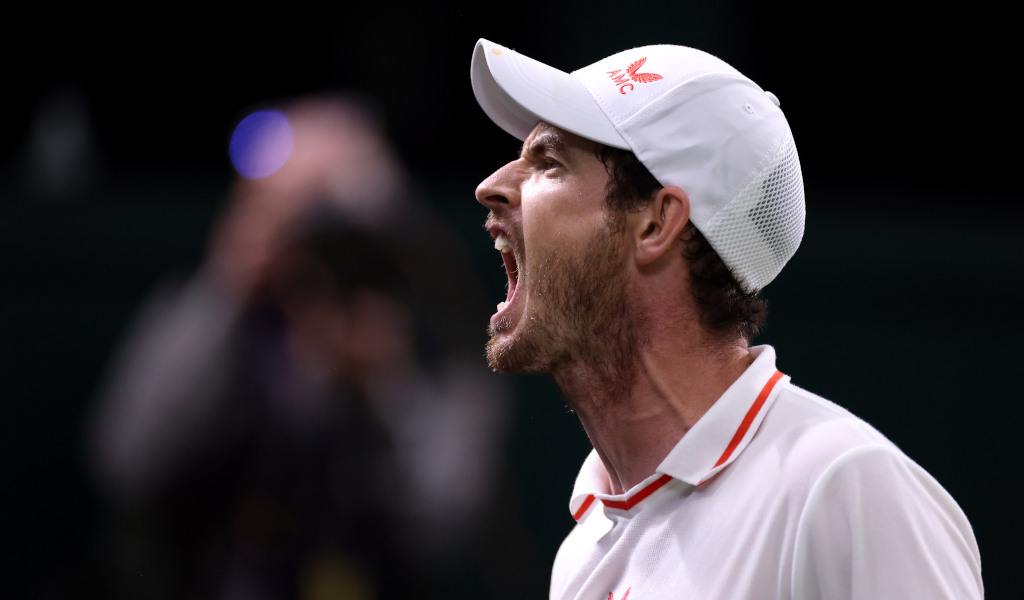 Andy Murray pulled a rabbit out of a hat in the second round at Wimbledon as he came from two sets to one down to beat Oscar Otte in a thriller on Centre Court on Wednesday.

The crowd certainly played a major role in his fortunes with the atmosphere on the showcourt fever pitch.

Murray himself was very animated and latched onto a few fans, pointing and shouting at a few people in Scotland rugby shirts during the latter stages of the match.

“There’s also a lady on the other side of the court to where the guys in the Scotland tops were,” he explained afterwards. “They were just really loud and it was quite close to where I was getting, like, getting my towel and stuff, and they were always sort of standing up.

“It was the same with the guy who was down where the radio, I don’t know if that’s where you are, like the TV guys were where the Scottish guys were.

“Then there was the other guy that was down at near where the radio booths were. Yeah, he was just standing up all the time and getting pumped and he just, yeah, caught my eye.

“I was just trying to, like, each time I won a point, and even when I lost points, just, yeah, looking at him. Yeah, I don’t know, the crowd feel that I guess and feel like you’re feeding off them and stuff. It was, yeah, it was nice.

“I mean, it helps. It’s something I have done a number of times over the years in certain matches. I hope the fans like it and don’t think that it’s a bit weird that I’m sort of staring at them and screaming at them for like an hour, but they seem to enjoy it, as well.”

Place a bet on the action with Planet Sport Bet. Andy Murray to pull off an upset against Denis Shapovalov?

Oxford University’s Dame Sarah Gilbert – co-creator of the Oxford-AstraZeneca vaccine – as well as several health workers have been in the Royal Box this week, and during his post-match press conference Murray was asked about the reception they have received.

“I think the whole country kind of realised how important they all are, and maybe hadn’t got the recognition that they probably deserve up until now,” he said.

“It’s fantastic that they have been able to come along and watch some of the tennis. Hopefully they can enjoy it and, yeah, hopefully the politicians can realise that they deserve more than what they are getting paid just now.

“I think what is it, they got something like a 1% pay rise? It was pathetic. So, yeah, they obviously deserve a lot more than that, and, yeah, they have done an amazing job getting us through the pandemic.”