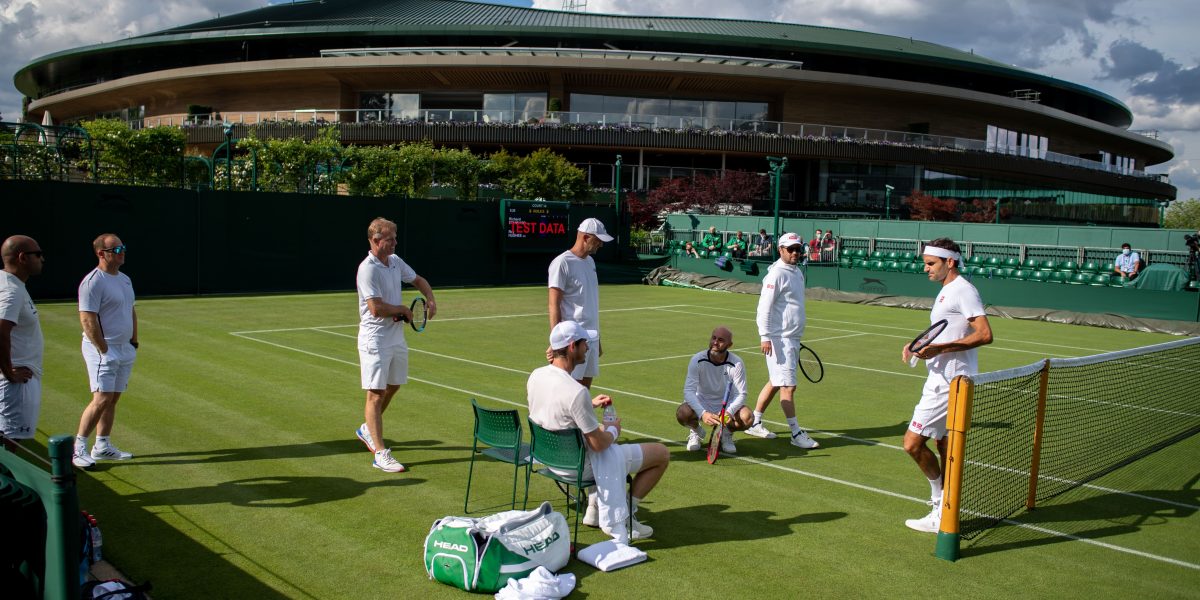 Andy Murray is taking confidence from a practice session with Roger Federer into his opening match at Wimbledon on Monday.

The 34-year-old hit with his old rival on Friday as he builds up to his first singles match at the All England Club since 2017 against 24th seed Nikoloz Basilashvili.

Murray has been battling a groin problem for the past three months, and he said: “I’ve had some good practices with top players. I would like to have done more. But I’m also trying to manage the physical side as well, which is very important

“I want to go into Wimbledon feeling as fresh and as comfortable as possible when I get out there.

“Getting to play with Roger was really cool for me. They’re the sort of things that probably six, seven years ago I wouldn’t have given any thought to it. I would have seen that as just being a practice session pre-major with a top player, and focusing on myself

“I’m probably appreciating those things more. When I take a step back from that, as a tennis fan, getting to play with Roger Federer two days before Wimbledon, it’s really great. I haven’t had the opportunity to do that sort of stuff much over the last few years. I enjoyed that.

“The way that I’ve been performing in my practices with top players, I’m not going out there and getting whacked. I’m competing well with all of the players that I practised with.

“That’s the really positive thing for me. That’s one of the reasons why I’m sure, if my body holds up, that I can do well, can compete with these guys on the biggest stages.”

Federer is also feeling his way back on to the match court after more than a year out and two knee operations.

He said of Murray: “I thought he looked good. You can see how comfortable he is on the grass. Clearly it’s just practice, we’re trying things. But I hope he can go deep here, have a nice run. Same for me.

“I think we always back our chances on this surface. But it was great spending time on the court again with Andy. It’s nice to see him out there.” 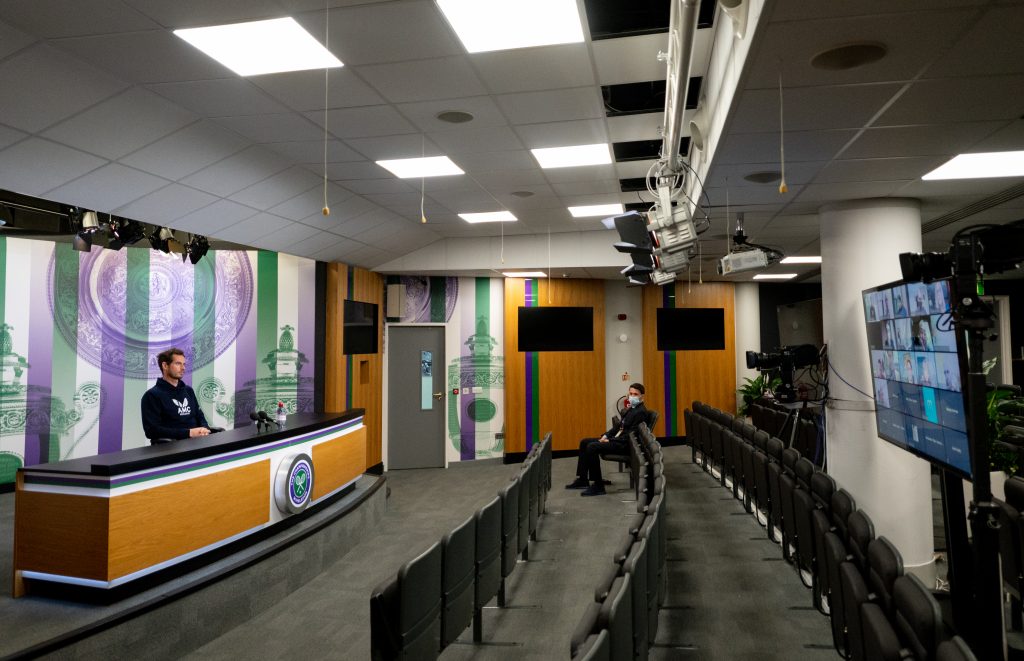 Wimbledon’s status as a pilot event for the Government’s Events Research Programme means crowds will rise from 50 per cent at the start of the tournament to full capacity for the final stages.

Murray is sure to be a star attraction, and he said: “I’m delighted that I can be back competing here again. I’m most excited about being in front of a big crowd and the fans and everything. That’s really something that I’ve missed a lot.

“I miss being on Centre Court. I miss the pressure of that, as well. That’s something I’m looking forward to feeling again.”

Basilashvili represents a serious first test for Murray. The Georgian has been in good form since March, winning two titles and reaching the semi-finals of the grass-court event in Halle last week.

Basilashvili has continued to play despite facing charges of domestic violence against his ex-wife, which he denies. A legal process is ongoing.

Murray was one of the few players to speak out after allegations of serious assault were made last year by the former girlfriend of Alexander Zverev, which the German insisted were untrue.

Murray said: “For me, there should be protocols and a process in place when allegations like this are made. I don’t know exactly what those processes are. From what I’ve heard, they’re not great.

“That’s something that the ATP, the governing bodies, the ITF (International Tennis Federation), the slams should be looking to implement in my opinion.”