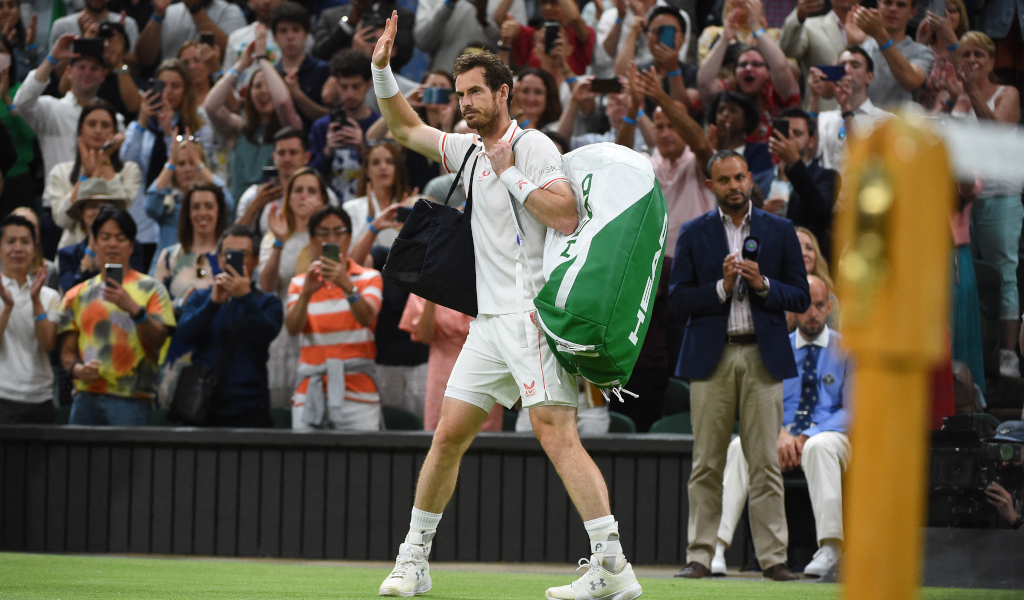 Andy Murray raised questions about his future after seeing his Wimbledon comeback ended in the third round by Denis Shapovalov.

By winning back-to-back matches at a grand slam for the first time since his hip problems started in 2017, the two-time Wimbledon champion had Centre Court dreaming of home glories once again.

But 10th seed Shapovalov was a step up from Nikoloz Basilashvili and Oscar Otte, and Murray was comfortably beaten 6-4, 6-2, 6-2 to complete a miserable day for British players on Centre following Dan Evans’ loss to Sebastian Korda.

It was Murray’s heaviest defeat at the All England Club and the first time he has lost as early as the third round since his debut in 2005, but it was also a victory for the Scot simply to be on court and able to compete in a slam again.

After his victory over Basilashvili, Murray had asked why he would want to give up such occasions, but those two conflicting emotions were playing on the Scot’s mind.

He said: “It was great playing in front of the crowds again. I got amazing support here. I’m very thankful for that. Something I have missed. It kind of reminds you why you do all of the work and everything.

“But then, on the flip side of that, the positive part is getting through the matches and feeling OK physically and not getting injured.

“That’s good but then there is a part of me that feels a bit like I have put in so much work the last three months and ultimately didn’t play how I would want and expect, and it’s like, is it worth it?

“Is all of that training and everything that you’re doing in the gym, unless you’re able to practise and improve your game and get matches and get a run of tournaments, is it worth all of the work that you’re doing?

“There is part of me that feels like, yes, it is, because I had great memories and stuff from this event and playing in some brilliant atmospheres. But I finished the match tonight and I’m saying to my team, ‘I’m just not happy with how I played’.

“So, unless me and my team can find a way of keeping me on the court for a consistent period of time and allow me to practise the way that I need to to compete with these guys, that’s when the discussions about what I do next will come in. 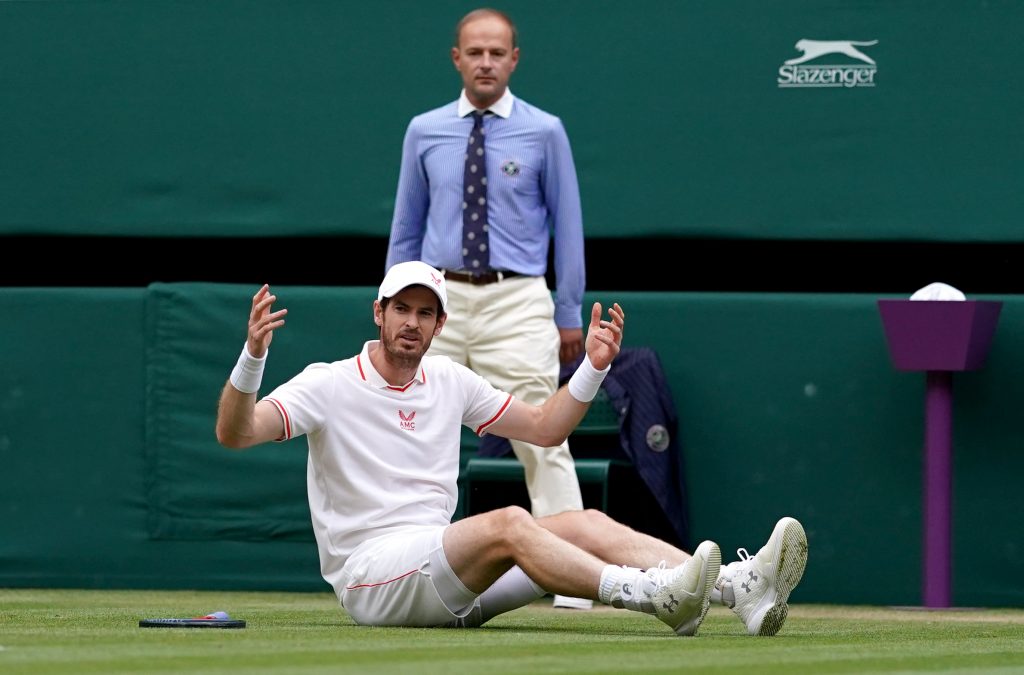 “Because I have genuinely put a lot into this to get to this point, but I’m not being able to practise and prepare how I need to to perform how I would like at these events.

“I’m not expecting and saying I would beat Denis Shapovalov. He’s a brilliant player. But I feel like I can do a lot better than what I did this evening.”

Murray changed his shoes after two early falls but was unable to find an early hold in the match, slipping 5-1 behind. He roused the Centre Court crowd with a run of three games in a row and had three chances to get back to 5-5 only for Shapovalov to save all of them.

If it appeared the momentum was with the Scot heading into the second set, that feeling quickly disappeared as Shapovalov moved two breaks ahead and it was the same story in the third even after a break to shut the roof, which had proved the catalyst for Murray to turn his first two matches back in his favour.

Murray will now turn his attention to preparing for the Tokyo Olympics and is planning to get in some practice with doubles partner Joe Salisbury before travelling to Japan. 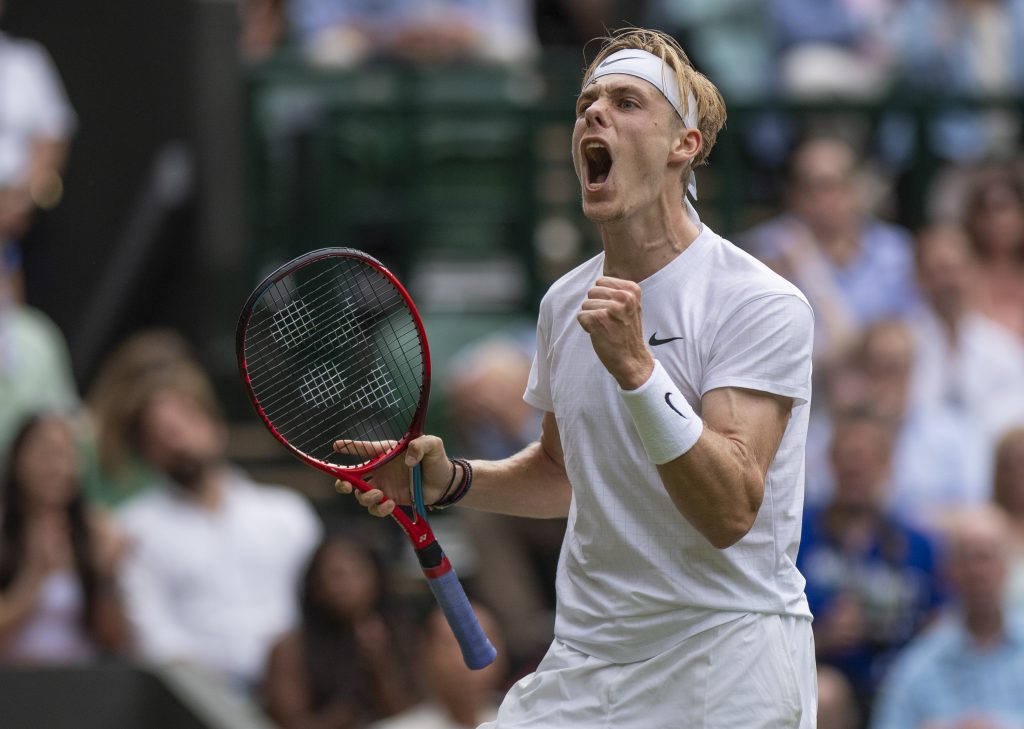 His first priority, though, will be to check out of the hotel bubble in the morning and head home to see his four children and wife Kim, who watched all his matches from the stands but was not otherwise able to see him.

Murray said: “Immediately I want to go home and see my family. I know it’s only been a week or 10 days but, when they’re close and you can see your wife and family, they’re right there on the court, then when you can’t see them (away from the court), you miss them a little bit more probably.”

Shapovalov showed why he is viewed as a potential Wimbledon champion of the future, and perhaps even the very near future if he can keep up this level.

The 22-year-old Canadian, who won the junior title in 2016 while Murray lifted the men’s trophy for the second time, praised his opponent as an inspiration, saying: “I told him at the net that he’s my hero.

“I’m just trying to soak it all in. To play a match like that on Centre Court, I don’t think I could play any better.”