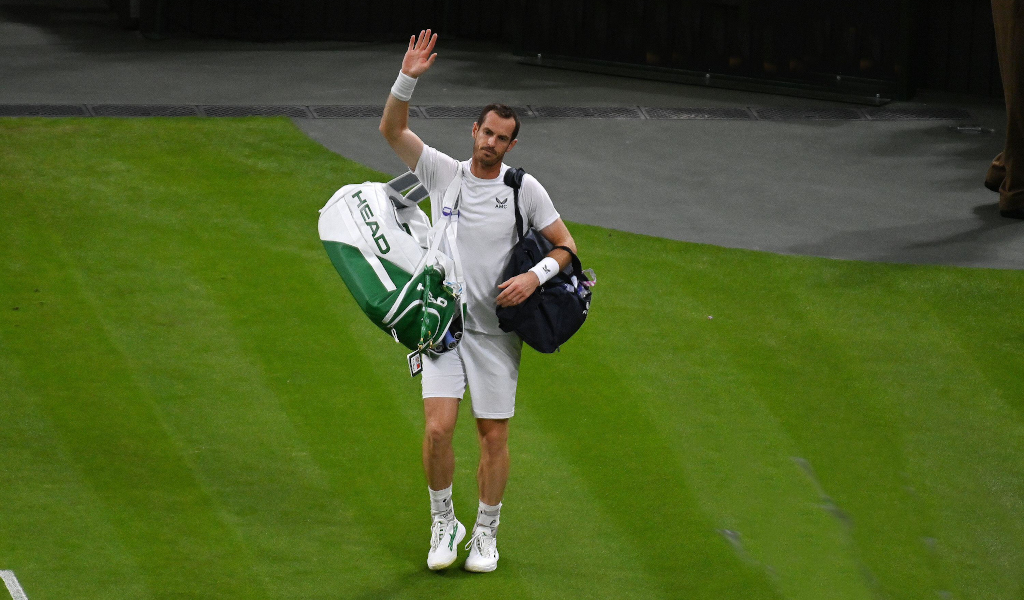 There was a sense that this might not be the most memorable day for British tennis on the greatest stage at Wimbledon. It soon became apparent that Emma Raducanu was unable to direct her latest major with the panache of September ’21. She was being moved around like an extra by the clever play of Caroline Garcia whose gameplan suffocated the early afternoon optimism of the crowd.

Raducanu wasn’t worried. As she reminded everyone, there’s no pressure: “Like, why is there any pressure? I’m still 19. Like, it’s a joke. I literally won a Slam.” She’s right but going out on day three felt a little premature.

There was no better antidote to that disappointing but not entirely unexpected loss than Andy Murray walking out to lift the spirits at tea-time. His second-round record at SW19 was 13-0 as he prepared to add another notch to an 8-0 head-to-head stat. Functional win with a bit of a dodgy patch felt like the most sensible prediction.

Until they started playing. Isner broke in the third game and just grew. It’s hard to grow when you are already six foot ten inches but there was a groove to his game that neutered the home fans. Was this really “the big-serving but not much else” John Isner?

The best returner in town simply couldn’t break the American. Murray always finds a way, especially in the first week. Surely this was a little hiccup. Isner would choke. Or slam in a pair of double faults. No. He didn’t. He wouldn’t. He just kept serving. And he played like a dream in between the thunderbolts.

This was not the storyboard for fans who are frozen in time, remembering all of those late evening fightbacks that Murray specialises in. This was surely going to be a repeat of last year when he beat Oscar Otte under the lights on the first Wednesday at 10:30pm. A match that would end with a roar and a few wristbands thrown into the stands just before the curfew, yes?

Mmmmm. No. It just didn’t feel right. When the Scot snatched the third set on the tiebreak, he went into a megawatt celebration as if he had won the tournament. The comeback king was trying to recharge the long life battery but there are only so many times you can walk back into the furnace with a metal hip.

Isner is 37 now, two years older but played as if he had rediscovered new skills just before Father Time would cruelly take them away. The subtlety was something else, scraping Murray’s dipping returns off his feet with brilliant hands to leave his opponent feeling powerless. Games were 40-0 within a minute. Murray was engaged in the match but couldn’t dent the confidence of a player who he usually has on toast.

Acceptance that things have changed is the hardest hill to take. Age will not weary them? Age will weary them. We want to remember Murray as a lithe 26-year-old, not a 35-year-old with Robocop bits.

Still, if he was going to lose to anyone, then it was less painful to fall to the gracious Isner who appeared to spend all of his courtside interview denigrating his own powers and paying huge respect to the example that Murray sets in the locker room. Some would call that a classy touch. The man was far too modest.

As for the vanquished, the future is uncertain. Will it be his last Wimbledon? He doesn’t know. “It’s not easy to keep my body in optimal condition to compete at the highest level.” John McEnroe said: “This is rough for him.” It was for us watching on as well.