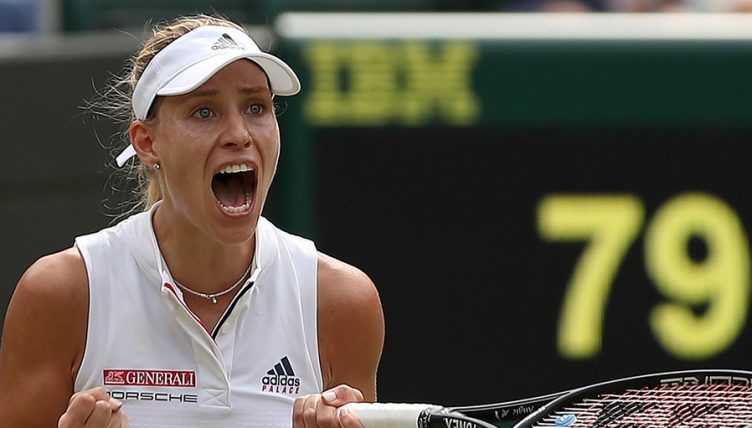 Former finalist Angelique Kerber is safely into the last eight at Wimbledon.

The 30-year-old, who was defeated in the 2016 final by Serena Williams, looked in confident mood as she overcame Belinda Bencic in SW19.

11th seed Kerber is now the highest seed left in the competition, and will face Daria Kasatkina or Alison van Uytvanck in the quarter-finals.

Dominika Cibulkova is also into thelast  eight after a fine win over Su-Wei Hsieh on Monday.

The Slovakian was controversially denied a seeding to accommodate world number 183 Williams, but it has appeared to have only served to strengthen her resolve.

She, however, insists she is sick of discussing it.

“I’m not going to comment this any more,” Cibulkova said.

“This question I’ve been asked so many times this week, last week.

“I just don’t want to talk about it any more, about the seeding thing. It’s over.

“It was over one week ago for me, so I don’t want to talk about it any more.”