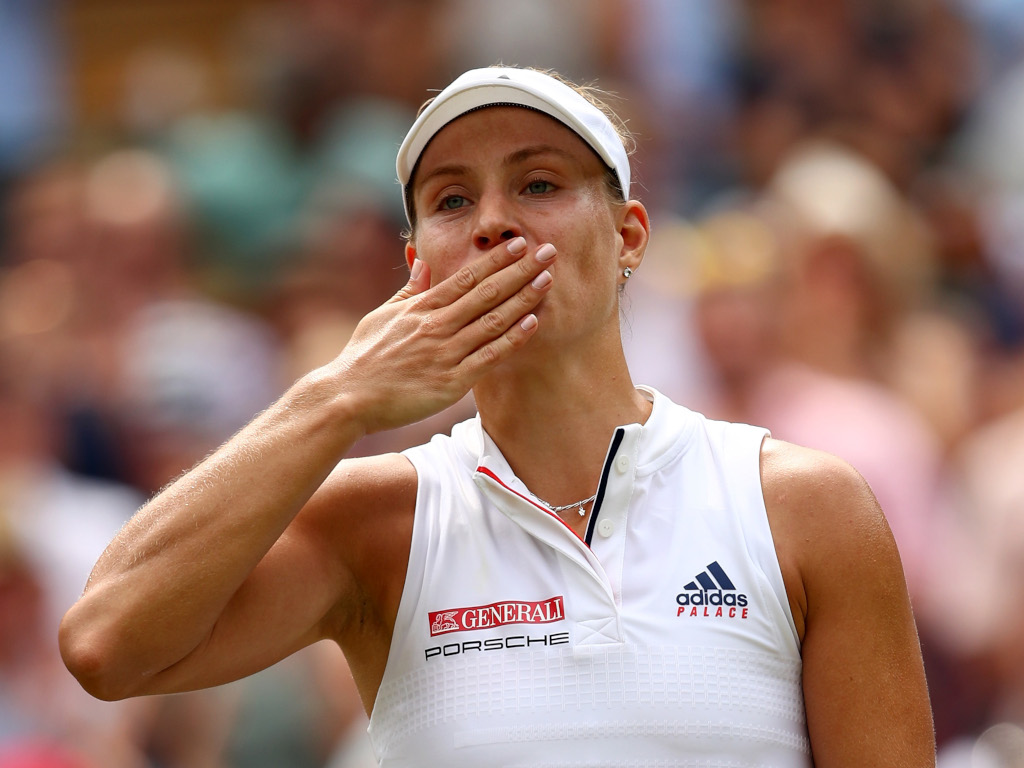 It will be 11th seed versus 12th seed in one Wimbledon semi-final after Angelique Kerber and Jelena Ostapenko came through their respective quarter-finals.

Two-time Grand Slam winner Kerber proved to be too good for up and coming youngster Daria Kastkina, but after winning the opening set comfortably, she was made to work for it in the second.

The German raced into a 3-0 lead in the opening set after breaking in game two and, although Kasatkina broke back in game seven, Kerber edged ahead again in the next game with another break.

The second set turned into a humdinger due to both players’ inability to hold onto their serves.

After Kerber broke in game three, there were six consecutive breaks of serve before the 30-year-old finally held onto her serve and won on her seventh match point.

She will take on former French Open winner Ostapenko, who beat Dominika Cibulkova 7-5, 6-4.

First time in the #Wimbledon semi-finals…

There were four breaks of serve in the opening five games of the match, but Ostapenko claimed the crucial break in game 11 to take the first set.

It was a similar story in set two with three consecutive breaks from game three to five with the Latvian edging it 2-1 before easing over the finishing line.

Ostapenko will be playing in her first-ever Wimbledon semi-final and she has reached the last four without dropping a set.