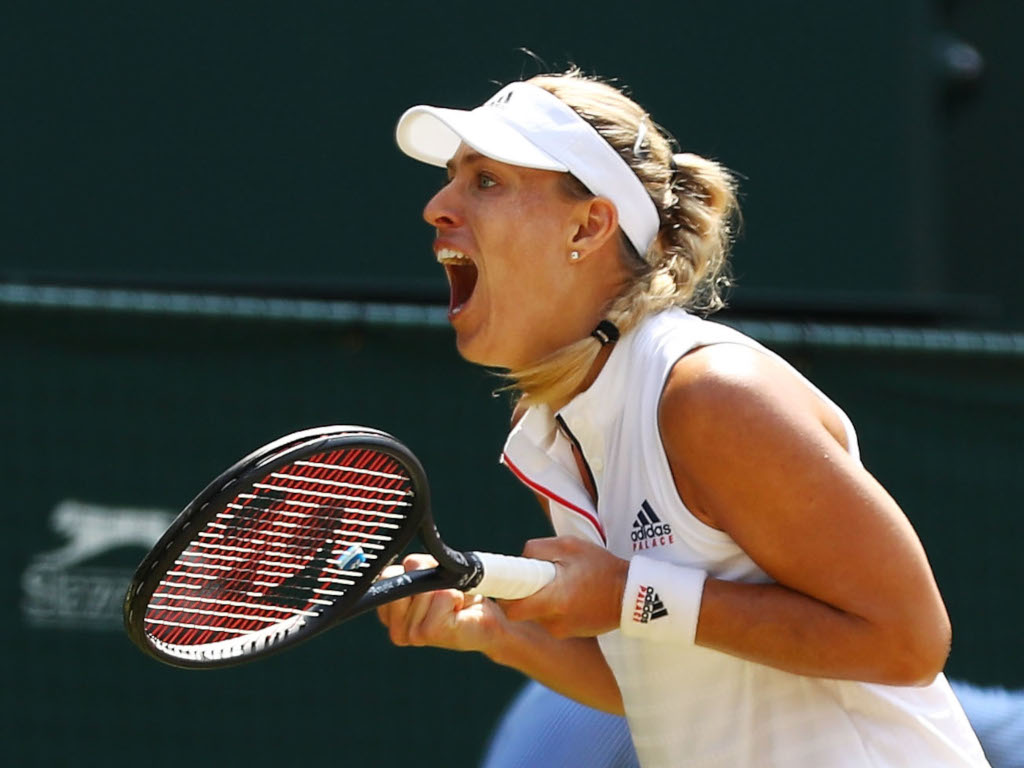 Angelique Kerber is into her second Wimbledon final on the back of a straightforward win over Jelena Ostapenko.

The two-time Grand Slam winner produced a steady, if unspectacular, performance against an erratic Ostapenko, winning 6-3, 6-3 in one hour and seven minutes.

Will we see @AngeliqueKerber lift the trophy on Saturday? pic.twitter.com/bTwiRmcHyp

Former French Open winner Ostapenko was always going to go for her shots and initially she found her mark, but soon started to misfire.

Kerber played conservatively and often waited on her opponent to make mistakes, and the Latvian duly delivered in games seven and nine as the German took the first set.

Ostapenko collapsed early on in the second set as Kerber raced into a 3-0 lead, and a second break gave her a 5-1 lead.

The German couldn’t serve it out though as the Latvian managed to get one break back, and then threatened to extend the match as she had another break point in game nine, but Kerber finally got the job and won on her second match point.

She will face either Serena Williams, who beat her in the 2016 final at SW19, or Julia Goerges in Saturday’s final.