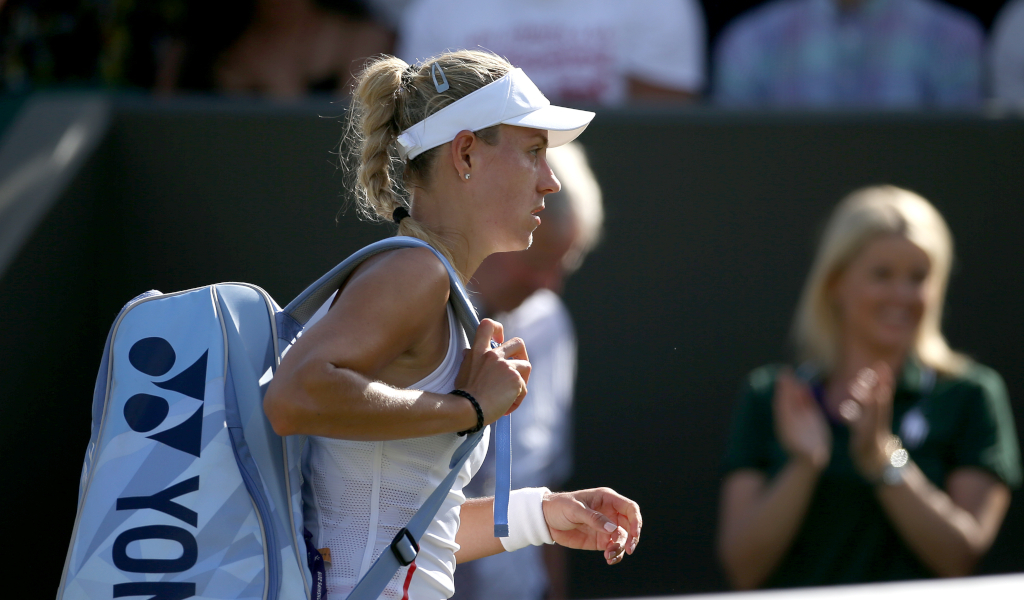 Angelique Kerber’s defence of her Wimbledon title came to an abrupt end in second round as she was dumped out by lucky loser Lauren Davis while Serena Williams survived a scare.

Three-time Grand Slam champion Kerber has struggled for form for most part of the year, but she didn’t really look troubled during her first-round win.

And she looked to have carried that form over to the second match as she won the opening set against Davis comfortably, but things unravelled after that.

American Davis, who will face Carla Suarez Navarro in the third round, turned things around and only lost three more games en route to a 2-6, 6-2, 6-1 victory in one hour and 55 minutes on Court 2.

The defending #Wimbledon champion is out!

World No.95 and lucky loser Lauren Davis beats Angelique Kerber coming from a set down to win 2-6 6-2 6-1

Upset of The Championships? pic.twitter.com/Qf9c26a54I

“This means everything as it is what I work for,” Davis said. “I was a bit nervous and I slid and hurt my foot in the first set.

“I am so happy to win, it is almost surreal.”

Seven-time Wimbledon winner Williams, cheered on by her good friend Meghan Markle, the Duchess of Sussex, found herself a set down against debutant teenager Kaya Juvan, but got her act together to win 2-6, 6-2, 6-4.

Her 105th match at #Wimbledon is a winning one.@serenawilliams is pushed all the way by 18-year-old Youth Olympics gold medallist Kaja Juvan to advance to the third round pic.twitter.com/qi8xr6PyLv

The 18-year-old from Slovenia broke twice in the opening set to stun Williams, but the 23-time Grand Slam winner returned the favour in the second set.

The American then opened a 5-2 lead in the decider and, although Juvan got one break back, the veteran finished the job on her next service game.

There were no such problems for British No 1 Konta as she eased to a 6-3, 6-4 victory over Katerina Siniakova in one hour and 12 minutes.

One break of serve in each was enough to earn Konta, who will face former US Open winner Sloane Stephens for a place in the fourth round, the victory.