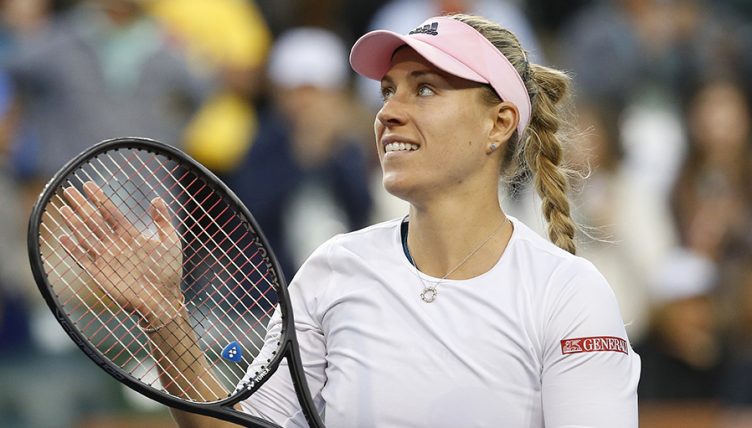 Angelique Kerber says that returning to Wimbledon as a defending champion has made this year all the more special.

The German won her maiden Wimbledon crown last year, and will have to do it the hard way if she is to repeat that achievement after being given a tough draw.

However, she is more focused on just savouring the experience of returning to SW19 as a top dog for now.

“I think it’s completely different here because you’re coming back as a member the first time, so it’s really special for me,” Kerber said.

“There are a lot of emotions and a lot of memories from last year, of course.

“It’s nice being back at this special place here for me.

“It’s a completely new year. Everything starts from zero. It is great to be back, but for me right now it’s focusing on my first round, on the tournament.”

Kerber has not been given a particularly kind draw, with Serena Williams, who she beat in the championship match last year, likely to stand between her and the final.

Even if she beats Williams in the last 16, world number one Ashleigh Barty is projected to be her quarter-final opponent.

She is not too bothered about that though, adding: “It’s nothing new for me, to be honest.

“It is right now the first round that’s important. What’s in the second, third, fourth, whatever, it doesn’t matter right now.

“For me it’s the most important thing to play the first round, then looking ahead day by day. I mean, everything can happen, especially in the grand slams. We will see.

“Of course, there are always tough opponents. You have to beat everyone if you would like to win a grand slam.

“I just know Serena is there. I heard it all the time already. The first round is the important one.”