Ashleigh Barty: Being world number one hasn’t changed me, despite Wimbledon defeat 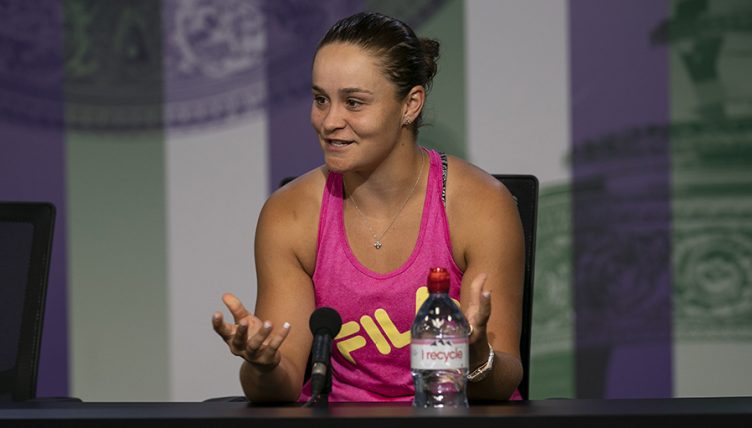 Ashleigh Barty says that maintaining her world number one ranking is not her focus after she was knocked out of Wimbledon.

The Australian, who won the French Open last month, was defeated by Alison Riske on Monday on Court Two, ending her hopes of winning successive Slams.

However, speaking to the BBC, she insisted her priorities are bigger than the world rankings.

“Being number one in the world hasn’t changed the way I go about my business nor how my team and I have approached games,” she said

“We will continue to keep playing the same way regardless of the ranking.

“If I can inspire one person around the globe, that would be incredible. But it’s not my focus.

“My family have brought me up to know what is right and I can only try to be the best person that I can be.”

Alison Riske recovers from a set down for the third time this tournament – the latest coming against world No.1 Ash Barty #Wimbledon | @Riske4rewards pic.twitter.com/oLMTtqpTgF

Barty was hoping to add a Wimbledon crown to her growing collection of titles, and was well-fancied given her quality on grass and supreme recent form.

It wasn’t to be, but she is viewing it philosophically.

“It’s bittersweet at the moment but it’s been an incredible couple of months for me and my team” she said.

“Reaching the fourth round at Wimbledon is nothing to be sad about. I’ll go and see my team when the dust has settled but it’ll all be positive for us.

“You can’t change what’s happened, there were a few opportunities but we’ll definitely be celebrating what we’ve achieved.”