Ashleigh Barty: I don’t know if I’m favourite for Wimbledon 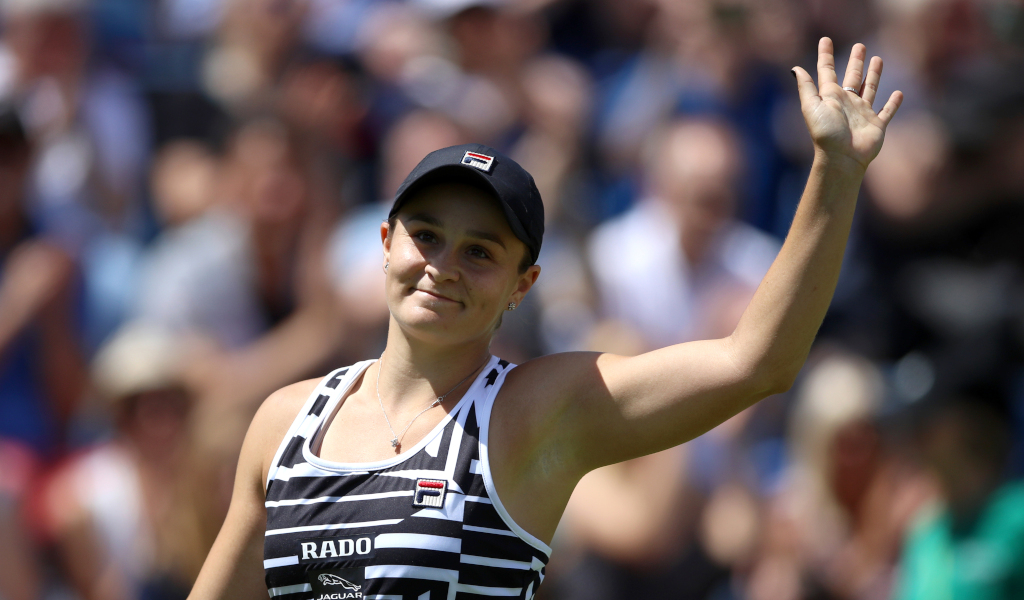 She is the in-form player on the WTA Tour, but Ashleigh Barty is dismissing the favourite tag ahead of Wimbledon.

It has been a rollercoaster couple of weeks for the 23-year-old as she first won her maiden Grand Slam at Roland Garros at the start of the month and then followed it up with the Nature Valley Classic title.

Her win in Birmingham also propelled her to the top of the world rankings for the first time.

Although she heads to Wimbledon on the back of a 12-match winning streak, Barty is playing down her chances and only focusing on her first-round clash against China’s Zheng Saisai.

“I don’t know if I’m the favourite for Wimbledon. I think I need to try and get through this first round first and foremost,” the Australian said.

“Obviously the process, what we’ve been going through, has been working. There’s no need for me to change that. I’ve enjoyed every single minute of that. There have been some really tough times and some incredible times.

As for being number one in the world, she insists not much has changed in terms of her she prepares for tournaments.

“It’s new feeling for me. Something that I’ve never experienced before.

“We’re still trying to go about all of our business, all of our preparations the same way. We know what we’ve been doing has been working. For us, it’s about trying to keep that normality as much as possible.

“There’s more attention, there’s more of that outside noise. But from what we’re trying to do on the court, it hasn’t really changed much.”