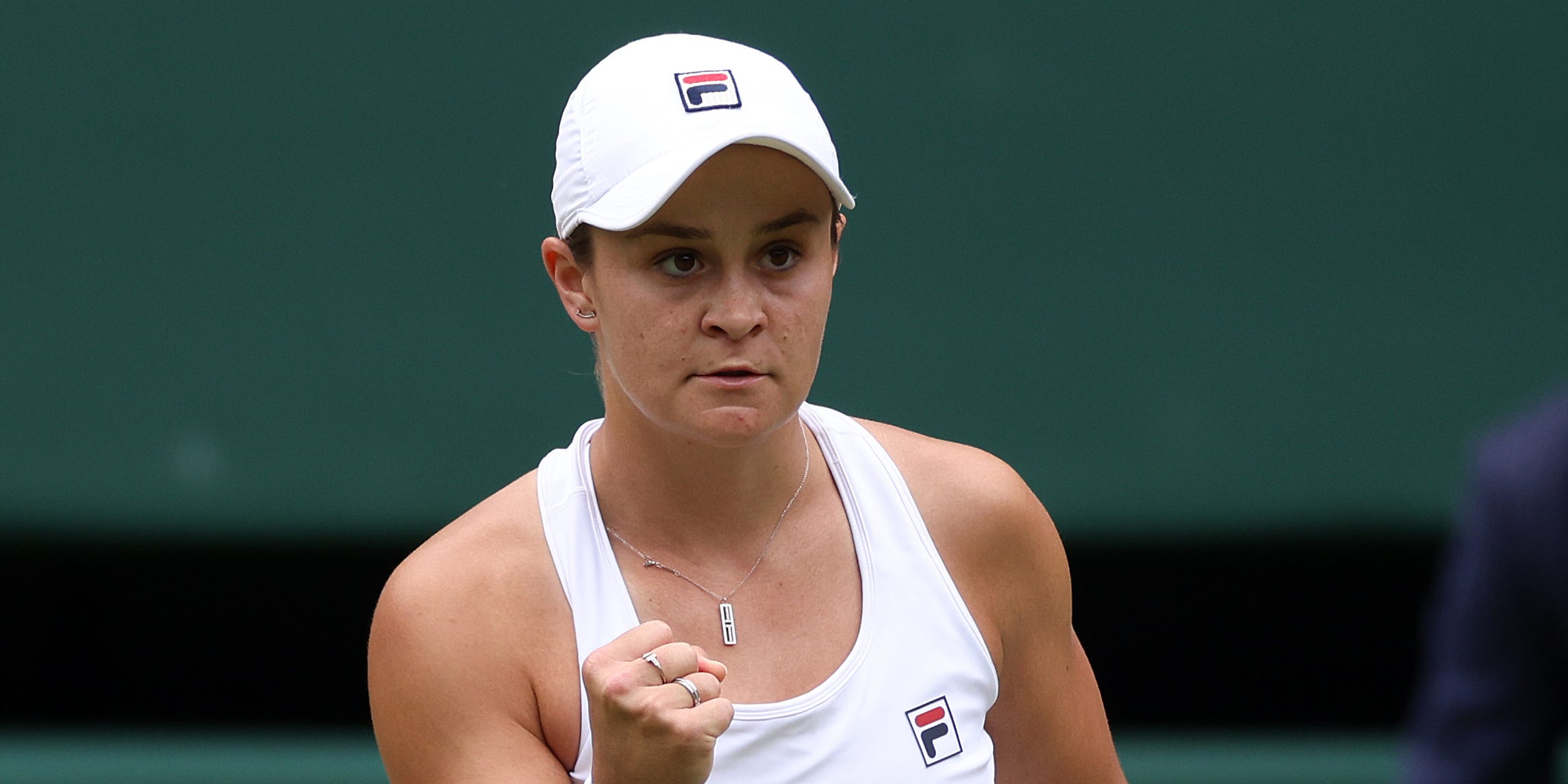 Barty’s 6-3 7-6 (3) victory over 2018 champion Kerber puts her through to a second grand slam final and with the chance to emulate her mentor Evonne Goolagong, who won the second of her SW19 titles in 1980.

Barty’s outfit is a tribute to the one worn by Goolagong for the first of her victories in 1971 and the 25-year-old will go into the final against either Aryna Sabalenka or Karolina Pliskova as the favourite.

There were major question marks over Barty’s position at the top of the rankings given she did not travel at all last year once the pandemic struck.

But she has calmly set about showing this year that she belongs exactly where she is and was the favourite to win a second French Open title only to pick up a hip injury and be forced to withdraw.

Barty’s game, though, has always appeared a perfect fit for grass and she won the junior title a decade ago aged just 15.

She demonstrated why immediately against Kerber, who has been resurgent on the big stage this tournament after winning a warm-up title on home soil in Germany.

Kerber improved, finding her backhand down the line, but the glimpses she did have were invariably snuffed out by a big Barty serve.

Kerber’s last victory over a top-10 player was two years ago but she began the second set much better, capitalising on a slight drop in level from her opponent and beginning to assert some authority from the baseline.

She led 3-0 and 4-1 but the advantage was slender and it was no real surprise when Barty broke back for 5-4 on a weak game from Kerber.

The German forced a tie-break but quickly found herself 6-0 down and, although she saved three match points, Barty clinched victory on her fourth opportunity.