Beaten Serena Williams already looking forward to the next chapter 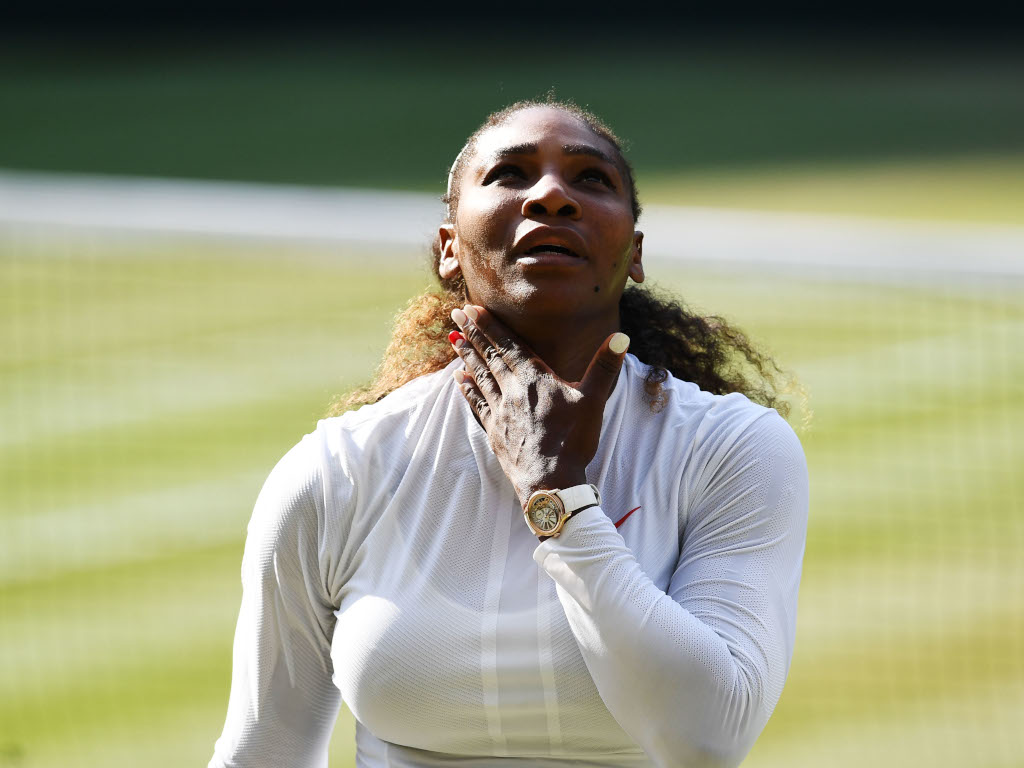 Serena Williams insists she is “just getting started” after finishing runner-up at Wimbledon 2018.

Playing in her first Grand Slam final since returning to tennis following the birth of her daughter Olympia in September, Williams suffered a two-set defeat at the hands of Angelique Kerber.

While the American struggled to find some rhythm Kerber was in a sublime touch and claimed a comfortable 6-3, 6-3 win for her first title at SW19.

Williams, who had hoped to equal Margaret Court’s record of 24 majors, was typically upbeat after the defeat.

“It was such an amazing tournament for me,” she said. “I was really happy to get this far. It’s obviously disappointing but I can’t be disappointed. I have so much to look forward to and I’m only just getting started.

“I’m not superhuman, I’m just me. To all the moms out there, I was playing for you today. Angelique is an incredible person and a really good friend, and she played out of her mind.”

The 36-year-old will climb to No 28 from her current 181 when the new world rankings are released on Monday and she will no doubt be hoping to go one better at the US Open in a couple of months’ time.

“I’m already deciphering what I need to improve on, what I need to do, what I did wrong, why I did it wrong, how I can do better, that whole madness that goes on in my mind,” she said. “Then I’m saying, ‘Okay, I do improve with losses. We’ll see how it goes.’

“I think these two weeks have really showed me that I can compete. Obviously, I can compete for the long run in a Grand Slam. I can come out and be a contender to win Grand Slams.”