Bernard Tomic set to appeal against his Wimbledon fine, saying he was ‘feeling unwell’ 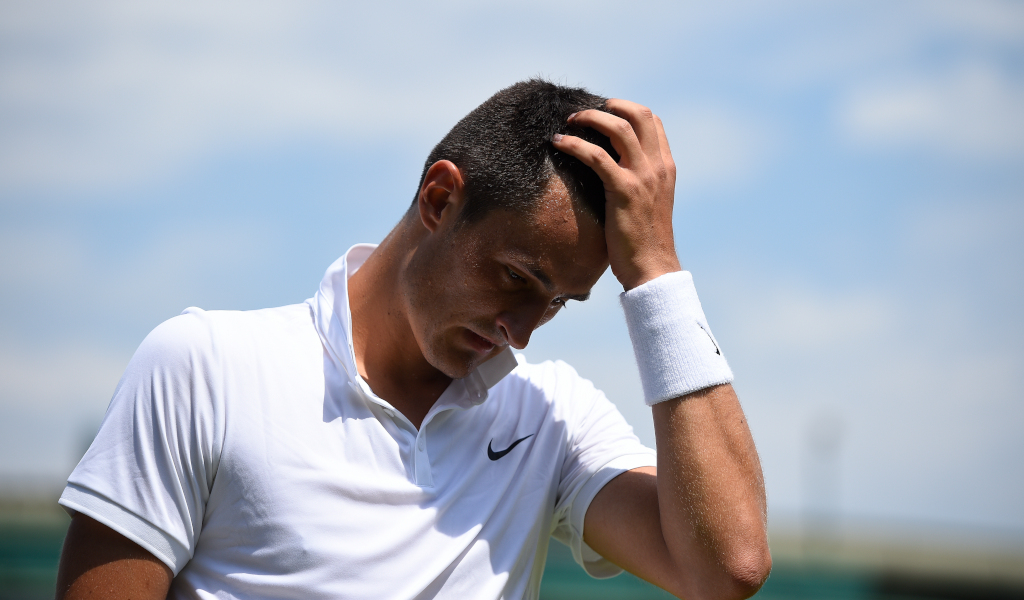 Bernard Tomic has defended his performance against Jo-Wilfried Tsonga in the first round at Wimbledon, saying he “was run down” and plans to appeal against his fine.

Wimbledon authorities came down hard on the 26-year-old as they fined him his entire match fee of £45,000.

A statement read: “It is the opinion of the Referee that the performance of Bernard Tomic in his first round match against Jo-Wilfried Tsonga did not meet the required professional standards, and therefore he has been fined the maximum amount of £45,000 which will be deducted from prize money. The player will have the opportunity to appeal.”

And Tomic will take up the right to appeal as he revealed in an interview that he was not feeling well.

“Flying from Turkey and losing in (the) quarter-finals (there), playing few matches in 40C heat and I was run down and became a bit unwell over the weekend,” he told News Corp Australia.

“From the start of the match I knew I had very little chance because I was feeling down but I thought I would go on court to try (because) it’s Wimbledon.”

He added: “I had no chance, it was 6-2, 6-1 before I knew it. The third set was a little better but still felt quick. At the end of the day, my best efforts were super poor that day but it’s all I had.

“My movement normally is pretty bad, it just became super slow motion on court. Tsonga was serving amazing and taking so little time between serves, pushing me to also play.