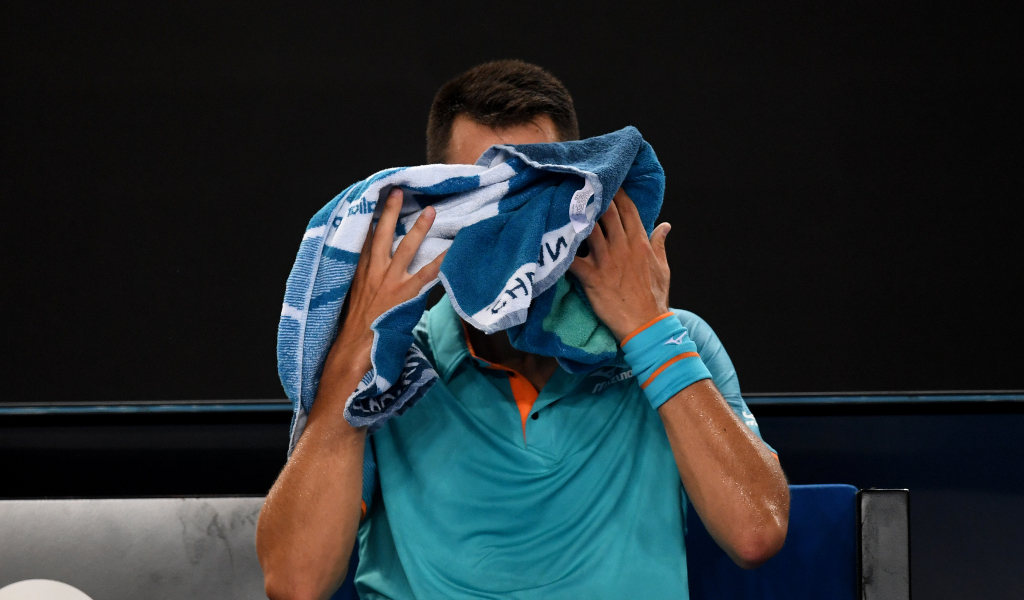 Bernard Tomic’s hopes to have his fine for not playing to “required professional standards” at Wimbledon overturned has been rejected in no uncertain terms with the Grand Slam board director saying he is sceptical the Australian will ever reform his behaviour.

The 26-year-old suffered a first-round exit at the All England Club as he lost 6-2, 6-1, 6-4 to Jo-Wilfried Tsonga of France in a match that lasted only 58 minutes.

He was fined his entire earnings with Wimbledon officials saying in a statement that “it is the opinion of the Referee that the performance of Bernard Tomic in his first round match against Jo-Wilfried Tsonga did not meet the required professional standards, and therefore he has been fined the maximum amount of £45,000 which will be deducted from prize money”.

Tomic decided to appeal against the fine as he “was run down”.

“Flying from Turkey and losing in (the) quarter-finals (there), playing few matches in 40C heat and I was run down and became a bit unwell over the weekend,” he said.

However, the Grand Slam board has rejected his appeal and director Bill Babcock criticised his behaviour, saying he is unlikely to change.

“A review of your historical record of misconduct at Grand Slams, never mind elsewhere, provides little justification for an adjustment,” Babcock wrote in a letter published by the New York Times.

“In your case, Bernard, I am sure you would agree there is no historical evidence to give comfort to the theory that you can reform your behaviour.”

All is not lost for Tomic, though, as he has been told he will be refunded 25 per cent of his fine if he avoids a sanction in his next eight Grand Slams.

Babcock added: “Admittedly, I am sceptical that you can achieve this reform of Grand Slam on-court behaviour. Many others, no doubt, would be even more than just sceptical.

“Good luck and I hope to be pleasantly surprised in the future by your successful reform.”

However, Tomic is not going to leave the matter there as he told the New York Times that he plans to appeal the decision.